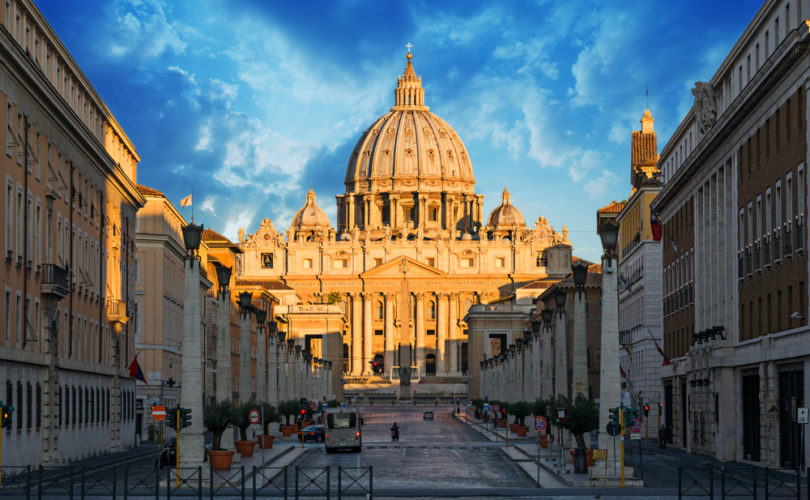 ROME, February 18, 2015 (LifeSiteNews.com) – Mercy and truth can never be separated, and certainly never placed in opposition to each other, Vatican Cardinal Mauro Piacenza stressed in an address last month to an audience of priests in Germany.

As numerous Church leaders press for changes in the Church’s discipline regarding the distribution of Communion, the cardinal refuted the notion that Catholic moral teachings must be ignored in order for the Church to dispense “mercy.”

Cardinal Piacenza, who serves as head of the Apostolic Penitentiary, one of the Church’s three highest courts, said, “When in Christianity mercy and truth are presented as antagonistic, or at least as contradictory, it is always the result of a partial perception.”

The cardinal denied the proposal, put forward by Cardinal Walter Kasper and his followers at the Synod of Bishops in October, that there can be an “artificial opposition between doctrine and pastoral activity.”

“In Christianity,” he said, “mercy and truth are co inherent, inseparable, so much so as to be not properly distinguishable.” Mercy and truth, he said, “are united without confusion, and are distinct without separation. … A mercy without truth is not Christian, and at the same time truth without mercy is not Christian.”

“Each instance in which pastoral activity is contraposed to doctrine – a pastoral activity that is full of mercy in opposition to doctrine fraught with a truth that is cold and unmerciful – we reveal ourselves as prisoners of a pre-Christian framework, in which truth and the radical newness of the Word-made-man [Christ] are not yet sufficiently and adequately integrated.”

He said that this “polarization does occur,” with “a certain legitimacy” but it must be understood “within the limits of the ‘both-and’” without falling “destructively into the non-Catholic ‘either-or’.”

In his address, titled, “Mercy and truth will meet,” Piacenza quoted the psalms to illustrate the true meaning of the Catholic teaching, saying, “‘Love and Truth have gathered.’ We have a new reality, not made by human hands; something to be longed for and intensely expected, but coming true only as the gift of God.”

Tackling a favorite theme of Cardinal Walter Kasper and his followers in the Church’s “progressivist” wing, Piacenza said, “We must recognize the primacy of conscience,” but added that it is to be understood in the context of the “the primacy of truth.”

“Despite the dramatic denial of objective truth living our time,” the cardinal said, “…we can see the dramatic need of truth in the hearts of every man, a need irrepressible and unavoidable, because it is placed by God himself in the human heart when he said: ‘Let us make man in our image and likeness … In the image of God he created him.’”

The sacrament of confession, he said, is “that supreme encounter with the mercy offered by God to man and the truth about man and his relationship with God that he is called to recognize.”

Cardinal Piacenza said that a “good confessor” will “lead” the person making confession to recognize “an objective truth that comes from outside himself, because it is given and revealed as the condition for an authentic, objective experience of mercy.”

Piacenza’s office is responsible for granting or withholding dispensations to the Church’s sacramental disciplines. Certain sins are considered so grave by the Church that they cannot be dealt with at the local level of the parish priest or even the bishop but are said to be “reserved to the Holy See,” including desecration of the Holy Eucharist, considered to be the actual, physical body and blood of Christ.

The Apostolic Penitentiary, called a “tribunal of mercy,” is the Vatican office responsible for granting or withholding dispensations to the Church’s sacramental disciplines, such as determining whether and when to grant absolution to those who have been automatically excommunicated “latae sententiae,” or by their own actions. This is the case with serious sins like abortion.

His office is perhaps the closest, at a human level, to the issues that have caused a global controversy over the last year, particularly the proposal to allow divorced and civilly remarried Catholics to receive Holy Communion without changing their life situation. A Catholic in a state of grave or “mortal” sin cannot receive Communion until he has made a valid sacramental confession, which entails at least a stated intention never to commit the sin again.

Some bishops and cardinals who have objected to the proposal by Cardinal Kasper have pointed out that it would require priests to knowingly distribute Communion to persons in an objectively sinful condition, which would constitute an act of deliberate desecration.

Christian truth, he said, is never “a stick to wield against another,” but is instead a “summoning to that one authentic relationship, that is able to lead man to the fulfillment of himself: his relationship to God.”