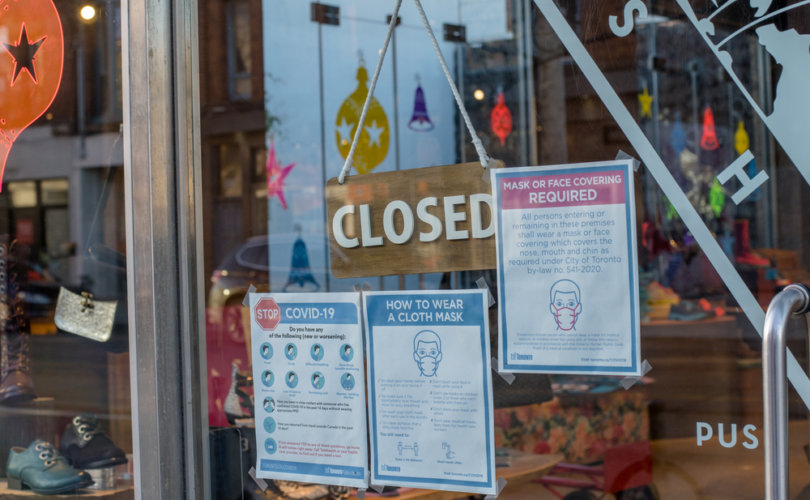 “We can’t keep doing this. Two weeks to flatten the curve for the health care system is quickly turning into two years for small businesses affected by lockdowns and other restrictions,” said the Canadian Federation of Independent Business (CFIB) in a press release dated January 3.

“CFIB calls on the government to immediately reintroduce provincial grant support for all businesses affected in any way by today’s announcement and provide an immediate pathway to reopening.”

The CFIB’s press release was in response to new COVID lockdowns announced on January 3 by Ontario Premier Doug Ford.

The CFIB said that the closing of gyms, restaurants, and art and recreation centers is “a particularly devastating way to ring in the new year for some of the hardest-hit industries already on their knees.”

“Restrictions of any kind when businesses need to start making up for months and months of lost revenues will be the tipping point for many small firms. It is not lost on business owners that each time the Ontario government has closed businesses, they have gone well beyond the promised lockdown period,” said the CFIB.

According to the CFIB, indoor dining in Toronto has already lost “408 days to closure. Gyms have lost 395.”

The CFIB said that there never has been a true recovery for small businesses affected by earlier lockdowns.

“Only 35 per cent of Ontario’s small firms are at normal revenues. The average COVID-19 debt for an Ontario small business is an alarming $190,000, and 18.5 per cent are actively considering bankruptcy,” said the CFIB.

Many businesses in Ontario have for months been vocally opposed to the province’s vaccine passport scheme imposed in September.

The Facebook group Ontario Businesses Against Health Pass has nearly 150,000 members who share information about businesses that have decided to not discriminate based on one’s jab status.

Ford’s new restrictions, which apply to all regardless of jab status, show that vaccine passports have been a failure, according to some.

“What good is a #VaccinePassport if all the places where it’s needed are closed? YOU’VE BEEN CONNED!” tweeted People’s Party of Canada leader Maxime Bernier on January 3.

All provincial governments in Canada have helped fuel COVID testing hysteria throughout the offering of free at-home test kids supplied by the federal government.

This has resulted in an explosion of positive COVID cases, the majority of which are in fully vaccinated individuals, according to data from most Canadian provinces.