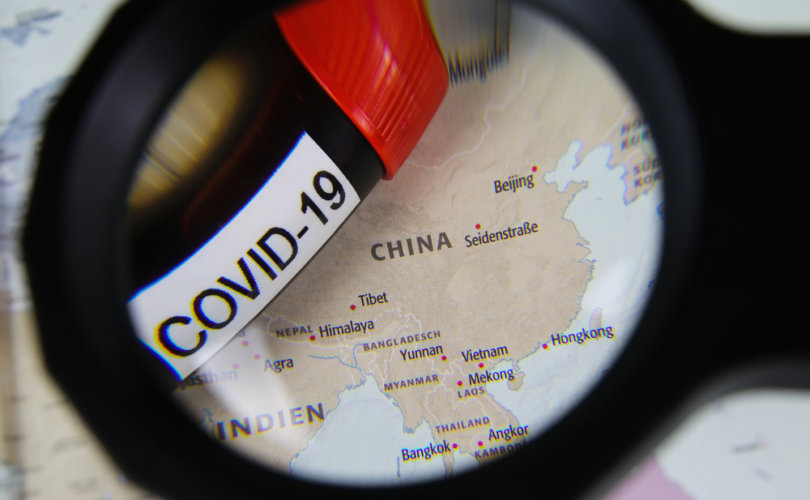 (LifeSiteNews) – Antibodies to the novel coronavirus have been discovered in blood samples dating from September 2019 in Europe, prior to the supposed outbreak in Wuhan, China, marking an “enormous” change in how the government response to the virus should be viewed, a leading medical professor said.

Covid antibodies found in stored blood from Sept/Nov 2019 in European blood banks. The implications are enormous.

1. Long before the official start date, it was too late to stop the disease from spreading across the earth. We have wasted 2 years on lockdowns for nothing.
[1/4] https://t.co/HBNFVY8uTH

Commenting on the discovery, Stanford medical professor Dr. Jay Bhattacharya noted that stored blood samples from September and November 2019 tested in France and Italy displayed COVID-19 antibodies, disqualifying initial media reporting that a Wuhan wet market had been the source of the global outbreak of the virus.

“The implications are enormous,” Bhattacharya said, highlighting that since the virus was in the population “long before the official start date, it was too late to stop the disease from spreading across the earth.”

“We have wasted 2 years on lockdowns for nothing,” he charged.

The outspoken academic pointed to both the Italian and French studies as confirming that “early circulation of SARS-CoV-2” was prevalent within “major international travel hubs” of Europe much earlier than first thought. Positive samples were found in asymptomatic individuals, the studies note.

“Although dedicated surveillance and contact tracing did not identify local transmission before the second half of February in Europe, there is accumulated evidence that SARS-CoV-2 circulated in early January 2020 in the East of France and environmental studies suggest that the virus could have been present in December 2019 in Northern Italy,” the French researchers stated.

With the virus already prevalent in the European population from at least September 2019, Bhattacharya added that U.S. data suggesting a three percent prevalence of the virus among adults in Los Angeles County, California, found in April 2020 is “not so surprising.”