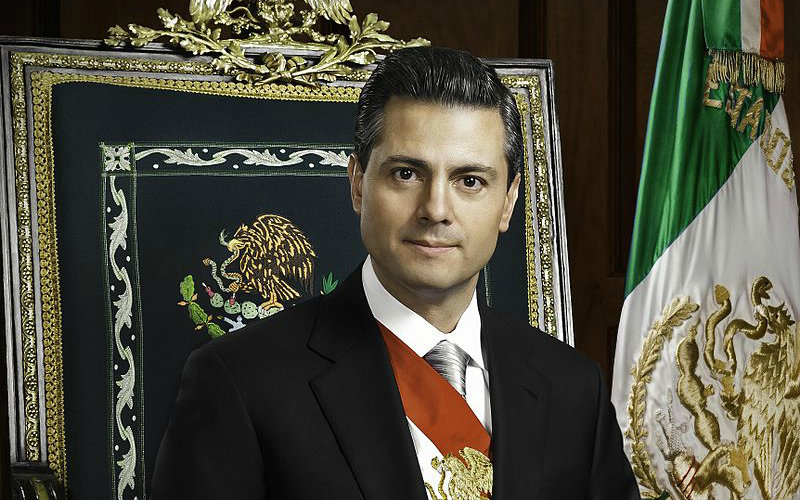 In addition to the damage done by Peña Nieto’s (pictured) homosexual initiative, the senators also expressed concern about his plan to decriminalize the possession of greater quantities of marijuana.

June 14, 2016 (LifeSiteNews.com) – Aggrieved senators in Mexico’s National Congress who are members of the president’s Institutional Revolutionary Party (PRI) are acknowledging that their party suffered one of the biggest electoral setbacks in its history last week in part due to the president’s embrace of the gay agenda.

According to a report by the Mexican newspaper Excelsior, which cited anonymous sources, a meeting of PRI senators was held in a hotel in Mexico City three days after the June 5 election. At that meeting they agreed that the president’s decision to promote a homosexual “marriage” amendment to the constitution and other similar measures “injured the party and turned the Church against them, which was an important factor in the defeat.”

The elections, which covered seventeen Mexican governorships, resulted in a loss of four states by PRI, which had been the predominant party both at the national and state level. As a result, the PRI now occupies a minority of state governments (15 out of 31) for the first time since it was founded in 1929.

According to Exceslior, the PRI senators agreed, “President Peña Nieto’s advisors deceived him, because they convinced him to support equal marriage [for homosexuals] and their right to adopt at an inopportune moment, because that decision affected the results.”

Calling the uprising against the president “unprecedented in the culture of institutional discipline of their party, and as an immediate effect of their electoral defeat,” the newspaper reports that “PRI senators yesterday rebelled and said ‘no’ to . . . marriages and adoptions for people of the same sex” during their private meeting,” and “pronounced themselves in favor of protecting the family.”

As LifeSiteNews.com reported two weeks ago, politicians of the PRI began to back away from the president’s proposals following a massive nationwide pro-family protest held on June 1 and 2. They also complained that the president hadn’t consulted them beforehand. However, this wasn’t enough to save them from the electoral backlash at the state level.

In addition to a constitutional amendment to create homosexual “marriage,” the president has promised to carry out a nationwide propaganda campaign in favor of homosexual ideology, targeting both students and the public in general. He has also announced that Mexico will be joining the United Nations’ “LGBT Core Group,” a group of countries committed to promoting the gay agenda worldwide.

The newspaper also reports that the senators complained bitterly about their opponents’ use of the president’s homosexual “marriage” initiative against them, particularly on the part of the socially conservative National Action Party (PAN), which was the big gainer in the June 5 elections.

In addition to the damage done by Peña Nieto’s homosexual initiative, the senators also expressed concern about his plan to decriminalize the possession of even greater quantities of marijuana, from five to 28 grams, saying that they had not been consulted and had not agreed to such a plan.

While Peña Nieto’s proposed homosexual “marriage” amendment is floundering, the nation’s elected representatives are also in the process of considering an opposing amendment which would define marriage as a union between a man and a woman. The amendment was proposed to the congress through the constitutional avenue of a Citizen’s Initiative, which allows citizens to propose laws or constitutional amendments to the Congress by gathering a sufficient number of signatures.