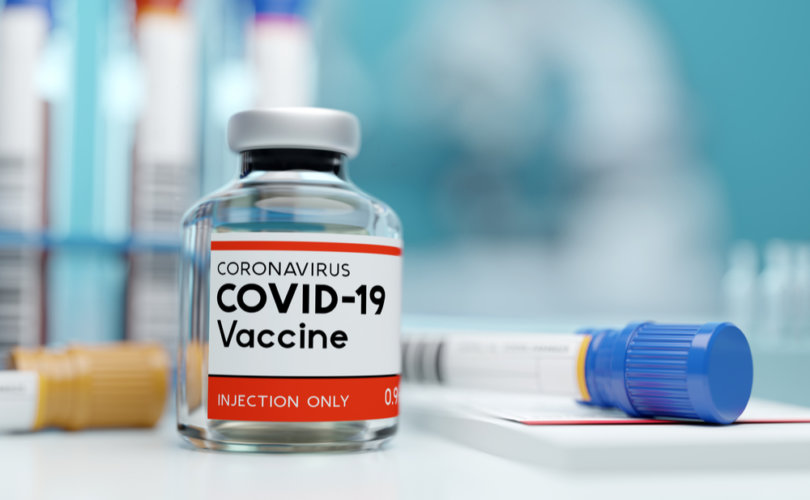 VIENNA (LifeSiteNews) — 200 Austrian doctors have signed an open letter criticizing the COVID-19 vaccines, arguing they are inefficient against the virus and can cause serious adverse effects.

“The number of reported side effects of COVID-19 vaccines can only be described as frightening,” wrote Dr. Andreas Sönnichsen, former head of the Department of General and Family Medicine at the Center for Public Health at MedUni Vienna and author of the letter.

The letter came less than a month after Austria announced that vaccination against COVID-19 will be mandatory for all citizens, under penalty of fines or prison sentences, beginning next year.

Sönnichsen addressed his letter to Dr. Thomas Szekeres, President of the Austrian Medical Association, on December 14 last week, in response to a December 2 written statement by Szekeres which read that “based on the available data, from a scientific point of view, and according to the recommendations of the National vaccination Panel, there is basically no reason to advise patients against vaccination against COVID-19.”

The statement also threatened doctors who dare to warn the public against COVID-19 vaccine side effects with disciplinary sanctions.

Sönnichsen deemed that, with this statement, Szekeres had “violated the basic principles of evidence-based medicine and freedom of treatment.”

He also criticized him for having “threatened conscientious colleagues with blanket disciplinary sanctions.”

The data points to vaccine inefficacy

After admonishing Szekeres for his statement, Sönnichsen argued that the COVID-19 vaccine has proven inefficient against the virus.

“It has now been scientifically proven that the protection … loses statistical significance after six to seven months at the latest,” he said, before pointing to scientific evidence that vaccinated and unvaccinated can equally pass on the infection.

Sönnichsen went on to argue that the protection provided by the COVID-19 vaccines had proved even weaker against the delta variant and that “it is unknown whether there remains even some protection against the currently spreading Omicron variant.”

Lastly, the Austrian physician argued that the vaccine’s protection, if at all existent, is only relevant to people with a high risk of contracting a severe form of COVID-19, as “98% of people who contract severe forms of COVID-19 show at least one relevant pre-existing condition.”

A ‘frightening’ number of adverse events

Sönnichsen then went on to discuss the numerous reports of adverse events from the vaccine, stating that “the number of reported side effects of COVID-19 vaccines can only be described as frightening.”

He then provided a link to the European database of suspected adverse drug reaction reports, which collects data on COVID-19 vaccine adverse events within the European Economic Area (EEA).

“Nine warning letters have been sent out so far, warning of serious side effects and even cases of deaths,” he added. “The blanket declaration by the Austrian medical association, by politicians and the media that the vaccine is ‘safe,’ has proven to be unscientific propaganda.”

Sönnichsen also referred to medical ethics, as well as to the Declaration of Geneva according to which doctors are “obliged to inform their patients about the numerous possible side effects and risks posed by the vaccine.”

Since the publication of the letter, Sönnichsen and the 200 signatories of the letter have been demonized and labelled as “Corona-Leugner” (COVID deniers) in the mainstream Austrian media, in spite of the fact that not a single line of the letter questions the existence of COVID-19 or of the COVID-19 pandemic.

What’s more, in a December 16 press conference which took place shortly after the publication of the letter, Andreas Huss, chairman of the ÖKG, Austria’s public health insurance fund, threatened the signatories of the letter and any doctor with similar views with hard sanctions such as criminal charges, banning them to practice medicine, or the withdrawal of their health insurance contracts.

Huss said he has “little understanding” for physicians who speak against the COVID-19 vaccines, as he considers vaccination to be “the only way out of the pandemic.”

At another press conference on the previous day, Sönnichsen blatantly contradicted that idea and called the vaccination campaign the “biggest medical scandal ever.”

“The highly praised vaccination has failed after all!” he said. “The fourth wave is a wave of the vaccinated. Hospitals and intensive care units are overwhelmingly filled with vaccinated people.”

Other doctors also joined in with Sönnichsen in their condemnation of Huss.

“Physicians who contradict the mainstream opinion face fines of up to 36,340 euros, the destructive ban on practicing medicine, and on top of that their deletion from the doctors’ registry,” lamented Johann Missliwetz, a specialist in forensic medicine.

‘We will not be intimated’

Despite these threats, Sönnichsen and the 200 signatories of the letter defied Szekeres, asking him to retract his December 2 statement or to resign, and assured him that they “will not be intimidated by you or any other health official with a similar mindset.”

“We will continue to refer to the Declaration of Geneva and call for freedom of medical treatment, [and] we will continue to treat our patients to the best of our knowledge and according to our consciences,” they said, adding that they would “decide together with each patient individually whether or not vaccination against COVID-19 is appropriate or not.”

Because of his stance on the COVID vaccines and his non-compliance with COVID measures, Sönnichsen has already been fired from the Department of General and Family Medicine at the Center for Public Health in Vienna, according to Austrian news channel ORF.