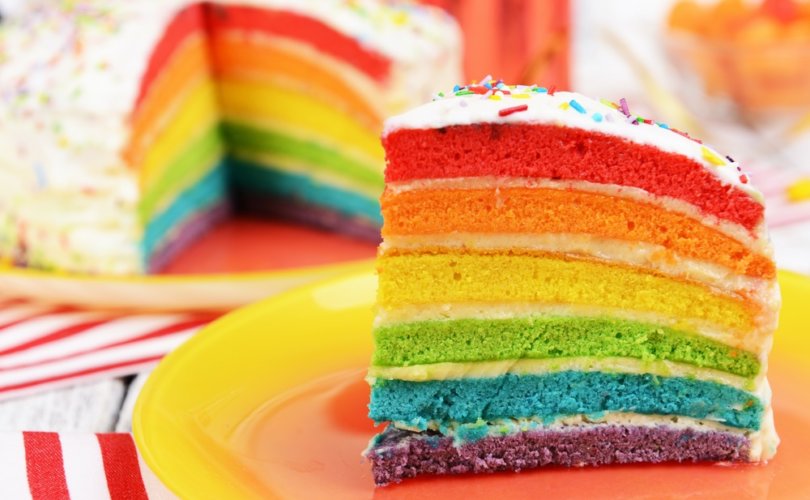 February 20, 2020 (LifeSiteNews) — A politician in Northern Ireland has pointed out that the new law legalizing same-sex “marriage” in the region will not allow civil registrars, hoteliers, florists, and wedding photographers to refuse their services for homosexual “weddings.”

The Northern Ireland (Executive Formation etc) Act 2019, the same piece of legislation that introduced new abortion laws into the region, has also legalized same-sex “marriage,” effective from January 13 of this year.

Same-sex “marriage” has been legal in the rest of the U.K. since 2013, but until last month had not been imposed on Northern Ireland.

On January 20 the Northern Ireland Office (NIO), the U.K. Government department responsible for Northern Ireland affairs, launched a public consultation, focusing on questions around the freedom of various groups and individuals to opt out of such ceremonies. Under the new laws, churches and other religious groups will not be compelled to celebrate such “weddings.”

But Northern Ireland politician and Trade Union Voice leader, Jim Allister, has pointed out that paragraph 25 of the consultation “explicitly states that the protections afforded to churches and ministers of religion will not apply to registrars.”

“There is no space for anyone to express an opinion on this in the response form,” Alister said. “Why does the NIO choose to ignore this serious issue which impacts on the civil, religious, human and employment rights of registrars?”

“Here we have a situation where people have taken up the position of registrars under one set of conditions and now those conditions have been radically changed,” Alister continued. “If, as is often claimed, same sex marriage was really about rights, then this issue would have been addressed.”

Alister has also pointed out that paragraph 50 of the consultation states that the legal right to refuse to be involved with such ceremonies “will not apply to service providers that are not religious bodies, such as hoteliers, wedding photographers[,] and florists.”

Alister said that people who refused to provide services for same-sex “marriages” would be stripped of legal protection.

“This is intolerable and wrong but the NIO doesn’t want to know,” he concluded.

The NIO has responded to Alister’s comments, stating, “Civil marriages and partnerships are secular in Northern Ireland and Registrars cannot discriminate against couples on the basis of sexual orientation.”

“Service providers are also required to comply with the relevant equality laws in Northern Ireland,” the statement continued.

“Registrars and service providers are treated in the same way in Northern Ireland as in the rest of the UK. We will make further regulations once we have considered all of the responses to the consultations.”

The issue of whether individuals working in wedding-related services would be forced to be involved in same-sex “weddings” has been contentious around the world. Last year a wedding photographer in Kentucky filed a lawsuit against a Louisville ordinance for trying to force her to lend her services to same-sex “wedding” ceremonies. Earlier in 2019, two calligraphers won a ruling at the Arizona Supreme Court that business owners have the right to choose not to provide certain products to same-sex “weddings.”

The U.S. Supreme Court ruled in favor of Colorado baker Jack Phillips, who declined to create a cake celebrating a same-sex “wedding,” in June 2018. However, it ruled in favor of Phillips on the premise that the Colorado Civil Rights Commission hadn’t treated him fairly, and didn’t definitively settle the question of whether people can be forced to create art celebrating homosexual unions.

After his Supreme Court victory, LGBT activists took Phillips to court again over his refusal to bake a “gender transition” cake.

In 2018, a Christian family-owned bakery in Northern Ireland was found by the U.K. Supreme Court to be not guilty of discriminating against an LGBT activist declining to bake a cake supporting same-sex “marriage.”

The judges ruled in that case that “the rights to freedom of thought, conscience and religion, and to freedom of expression were clearly engaged by this case” and that “they include the right not to be obliged to manifest beliefs one does not hold.”

Ciaran Kelly, the deputy director of The Christian Institute, which provided legal support during that case, said: “Since the courts have declared that support for traditional marriage is a belief worthy of respect in a democratic society, it would be better still if small business owners like florists and photographers were left to operate according to their conscience on marriage too.”

Kelly said that the 2018 Supreme Court judgment had enshrined the “freedom to disagree” and stressed that other members of society will be impacted by the new legislation.

“Let’s not forget teachers and other public servants in all this,” he said. “Whether it’s being required to wear a rainbow lanyard or to promote same-sex marriage, no one should be compelled to express a view that goes against their sincerely-held beliefs.”

Liam Gibson, political officer in Northern Ireland for the Society for the Protection of Unborn Children (SPUC), told LifeSiteNews that freedom of conscience and speech are seriously under attack:

The London Government was determined to impose “same-sex marriage” on Northern Ireland. It is not surprising, therefore, that the new regulations will force individuals and businesses to be directly involved in facilitating same-sex ceremonies. The fact that there will be no reasonable accommodation for people who have a moral objection to such ceremonies shows that the redefinition of marriage was not about promoting equality but about social engineering. There is really no danger that homosexual couples might not be able to find florists, photographers or bakers willing to provide their services unless the law compelled them to.

This legislation is being used to send a message to wider society that no one will be allowed to dissent from the tenets of the sexual revolution. The homosexualist agenda is a serious threat to the primacy of conscience and freedom of speech.