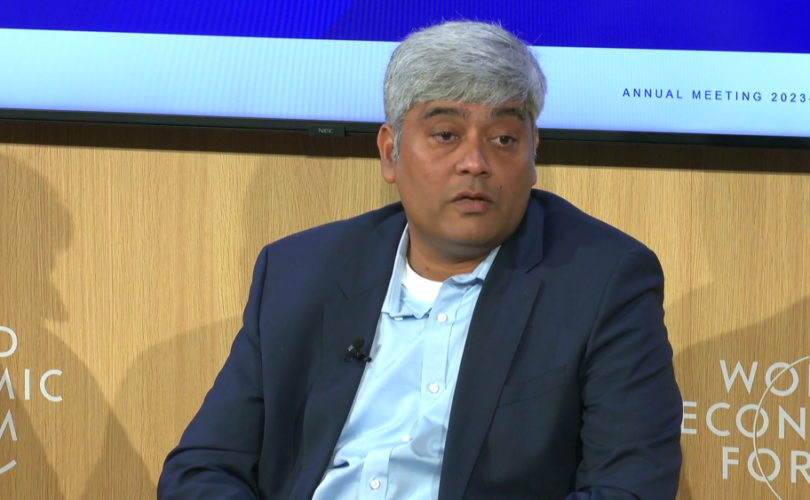 DAVOS, Switzerland (LifeSiteNews) — A speaker at the World Economic Forum’s 2023 conference in Davos admitted in a Friday panel that a buoyant population is critical to future economic stability, undercutting depopulation arguments proposed by his WEF colleagues.

Speaking during the “AI and White-Collar Jobs” panel on the integration of Artificial Intelligence into the working environment, Mihir Shukla, CEO of automated robotics software company Automation Anywhere, noted that growth is the key factor in sustaining the economy and that a stagnating population poses a dire risk to this sustainability.

“The world operates on growth, all institutions operate on growth,” Shukla said, adding that this growth has historically been achieved by a rise in population and attendant productivity. He remarked that “everyone here at WEF” has stated that there is currently no population growth, and that there will be no further growth “for the next twenty years.”

“So there is no population growth. That means the next twenty years we have to double the productivity,” he stated.

READ: The globalist population control agenda: a deep dive into the propaganda

Comparing the situation now to the last 60 years of technological innovation, including the dawn of computing, the internet, and mobile devices “to increase productivity,” Shukla asked, “Does anybody have any idea how to double the productivity of that in the next twenty years? If not, there is just not enough to go around in society: our social security, healthcare — none of that works without growth.”

“There is a direct correlation between technology… driving productivity growth, and that growth being able to provide enough to society so that there are no riots on the street. For me there is a clear connection; otherwise, this doesn’t work.”

However, the World Economic Forum (WEF) has long pushed for global depopulation, with top WEF adviser Yuval Noah Harari declaring last year that the world does not “need the vast majority” of its current population, especially in light of technological advancements.

Contradicting Shukla’s point of view, Harari suggested in a TED interview that technology such as AI would displace the need for human production, rather than working in tandem with people in order to close the productivity gap arising from a dwindling population.

Humans now are “no longer part of the story of the future,” insisted Harari, adding that “we just don’t need the vast majority of the population because the future is about developing more and more sophisticated technology, like artificial intelligence [and] bioengineering.”

Harari stated that “these technologies increasingly will make redundant… whatever people are still doing which is useful,” and will thus “make it possible to replace the people.”