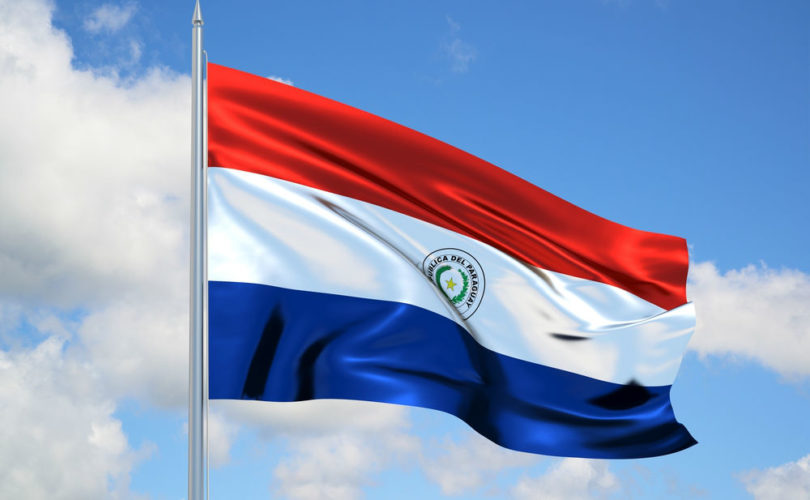 ASUNCIÓN, Paraguay, June 19, 2015 (LifeSiteNews) – The government of Paraguay is standing firm in its decision to protect both the life of a 10-year-old mother and her unborn child despite relentless efforts by UN officials, human rights bureaucrats, and pro-abortion organizations to pressure the government to kill the child.

The UN’s Office of the High Commissioner for Human Rights issued a press release announcing that a panel of UN “experts” was demanding an abortion for the girl, and the Interamerican Commission on Human Rights released a declaration suggesting the same.

Nonetheless, the Paraguayan ministry of health let the press know that it wasn’t going to yield to the pro-abortion lobby.

“We’re in total disagreement with regard to the possibility of interrupting the pregnancy,” Minister of Health Antonio Barrios told CNN. “The girl is being continuously attended to. She’s in a shelter. She’s being examined regularly, and she is going through a pregnancy that has been on course until now without problems.”

Barrios added that the girl, who is known in the press only as “Mainumby,” has passed 24 weeks of gestation, and any abortion performed on her now would put her own life at risk.

However, he acknowledged the possibility of inducing labor early in order to avoid the health risks that an advanced gestation could cause to her young body.

Mainumby is believed to have been impregnated by her mother’s boyfriend, Gilberto Benitez, who has been on the run since the pregnancy was discovered. Her mother is currently in prison, charged with negligence.

Pro-abortion organizations, such as Amnesty International and the Latin American and Caribbean Committee for the Defense of the Rights of Women (CLADEM), have been enraged at the government’s unwillingness to kill the unborn child, despite any evidence that Mainumby’s life is in danger, or that an abortion will improve her chances for survival.

Amnesty International is claiming in its literature that it is “torture” to not perform an abortion on Mainumby – a term that the organization refuses to apply to the killing of unborn children in their mother’s womb.

The UN’s Office of the High Commissioner for Human Rights says that its “experts” are concerned that that Mainumby will lose “social opportunities” and “education” without an abortion.

“The Paraguayan authorities’ decision results in grave violations of the rights to life, to health, and to physical and mental integrity of the girl as well as her right to education, jeopardizing her economic and social opportunities,” said the panel of four “experts” from the UN’s “Working Group on the issue of discrimination against women in law and in practice.”

The Organization of American States’ Interamerican Commission on Human Rights (ICHR), approvingly quoted the Office of the High Commissioner’s press release and implied strongly that an abortion should be performed, urging the government of Paraguay to ensure that Mainumby has access to all sources of “sexual and reproductive health,” including “all of the available options.”

Mainumbay’s mother has also resisted pressure from pro-abortion groups to endorse their cause and believes that they are trying to exploit her child for their own interests.

She recently issued a statement complaining that “various people and institutions which are not precisely interested in my fate, are almost daily soliciting my signature on propaganda texts that only benefit their sectarian interests, despite the fact that they come from organizations as prestigious as the UNO and Amnesty International,” she wrote. Such groups, she said, were “seeking only propaganda for their respective organizations, increasingly complicating my legal situation.”