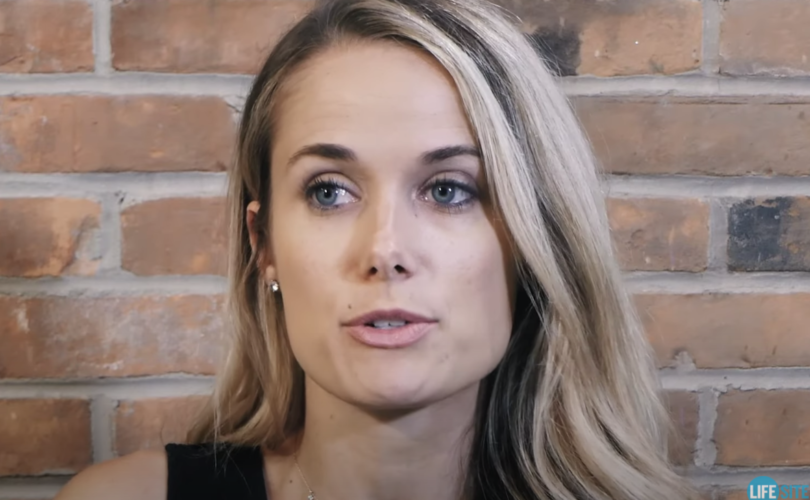 October 1, 2020 (LifeSiteNews) — Alison Centofante of Live Action is the latest pro-life leader to speak with LifeSite as part of our ongoing new series Uncensored: Big Tech vs. Free Speech.

Centofante is the director of external relations for Live Action. She explained today that Live Action has experienced major difficulties with social media sites and that there are obvious double standards applied to the group and to the abortion movement on Twitter, on Google, on YouTube, and elsewhere.

“We’ve seen issues with suppression and censorship on almost every single social media platform,” she said. “We have over 4.6 million followers now. That's larger than any pro-abortion organization. So we’ve got this big target on on the educational content that we’re putting out.”

Centofante said pro-abortion groups like Planned Parenthood largely get a pass from social media censorship but that many of Live Action’s most innocent posts (an image with a Mother Teresa quote on it; a video of an ultrasound; something featuring Martin Luther King, Jr.) are often subject to intense scrutiny.

Centofante continued, “YouTube has on multiple times mysteriously removed our videos without reinstalling them until there’s massive public backlash. YouTube just recently took down a compilation of our abortion procedures videos. It’s a medically animated depiction of what happens. It’s factually accurate. They removed it in December 2018 as Slate writer April Glaser went on and publicly bragged about how she got the algorithm changed on YouTube so it didn’t include our videos[.] … She didn’t like what she saw[.] … She has [since] gone on Twitter and talked about how she got our videos removed and replaced with more pro-abortion videos … instead of showing the medical reality of a preborn child in an abortion.”

Centofante also explained that TikTok removed one of Live Action’s videos as well, and how the platform even banned Live Action from having an account altogether at one point.

Centofante urged people to call their representatives in Congress and to sound the alarm about how social media are bullying pro-life and pro-family organizations.

“These social media companies are suppressing your ability to see [pro-life truth], to see and know about what abortion really does for a child. … The American people are going to get fed up with this continued suppression and look to D.C. to do something.”

Centofante said that ideally, tech companies would abide by their own rules fairly and impartially so pro-lifers can share their message with everyone so hearts and minds can be changed.

“We need and we should demand a place where we can all dialogue about this issue. Debate is good. More conversation is good on issues that are life-altering, especially for a preborn child like abortion. So we don’t want it to be on isolated islands where we just talk to our own folks. We want to change hearts and minds. We want to be able to engage with each other.”