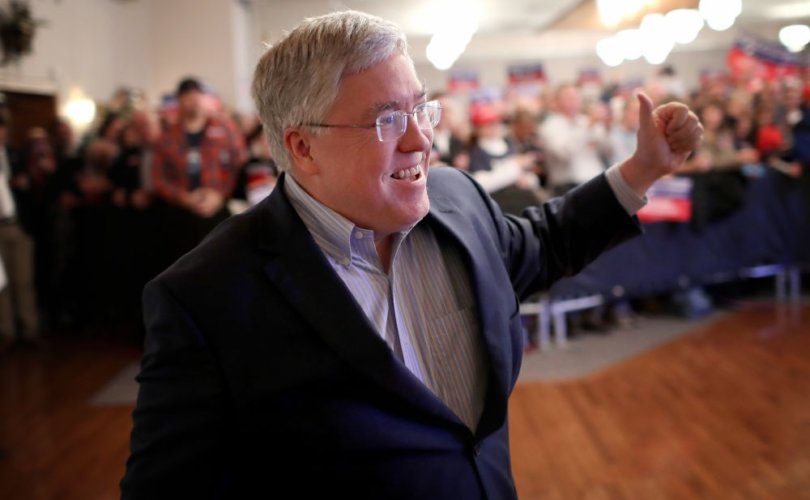 “An 1849 law criminalizing the provision of abortion for a health-care provider, and arguably the woman, is on the books and enforceable,” wrote Morrisey, who ran for the U.S. Senate in 2018 with then-president Donald Trump’s endorsement before narrowly losing to Democratic incumbent Sen. Joe Manchin.

West Virginia State Code §61-2-8, which Morrisey said had been “[e]nacted in 1849 and never repealed since,” had become a dead letter after the Supreme Court established a “Constitutional right to abortion” in Roe v. Wade.

Now enforceable following the rollback of Roe, the pro-life law declares that anyone who intentionally performs an abortion through surgical or pharmaceutical means “shall be guilty of a felony, and, upon conviction, shall be confined in the penitentiary not less than three nor more than ten years.” §61-2-8 would also require the prosecution of abortionists if a woman dies as a result of the abortion procedure.

West Virginia has an abortion ban law on the books that makes providing abortions a felony carrying three to 10 years of prison time.https://t.co/4t9fxfgJMk

The 173-year-old law contains a carveout for abortions done in “good faith” to save the life of the mother or child. Many pro-life advocates argue that there is never a circumstance in which abortion is medically necessary.

Morrisey said in the memo that while the state’s abortion ban is now in effect and enforceable, the legislature “is strongly advised to amend the laws in our State to provide for clear prohibitions on abortion that are consistent with” the Supreme Court’s ruling in Dobbs.

According to Morrisey, the special legislative session will be needed to “focus on several crucial areas,” including “specifying the acts that are subject to criminal prosecution and determining whether a woman should be subject to prosecution,” defining potential exceptions, and examining “the scope of medical practice related to restrictions or eliminations of the use of abortifacients.”

In addition, Morissey said the legislative session should create “a stronger enforcement regime to ensure that laws are uniformly applied in all counties, including appropriate civil tools to deter lawbreaking,” as well as explore “the need for additional changes in the law regarding reporting or other matters.”

West Virginia Republican Gov. Jim Justice has already announced that he will declare a special legislative session to iron out the details of West Virginia’s post-Dobbs abortion regulation.

Gov. Justice’s announcement and Morrisey’s memo came after the pro-life attorney general publicly celebrated the Supreme Court’s decision to roll back Roe v. Wade, saying he looked forward to saving “as many babies’ lives as humanly and legally possible.”

I look forward to working with the WV Legislature and the Governor to save as many babies’ lives as humanly and legally possible. My Office has led on this issue for many years and grateful to see such a terrific result from the Supreme Court!

Meanwhile, as the West Virginia legislature prepares to mull updates to its abortion laws, the 1849 pro-life measure is already facing legal challenges.

On Wednesday, West Virginia abortionists filed a lawsuit in the Circuit Court of Kanawha County in a bid to stop the ban from going into effect, Axios reported. The abortionists argue that the 1849 law should be voided since it was allegedly superseded by a post-Roe law permitting the killing of unborn babies up to 22 weeks gestation.

Morrisey wrote in the June 29 memo that West Virginia lawmakers “stand ready to defend the present suit against the 1849 abortion statute.”

As the state legislature hashes out its abortion regulations, the West Virginia Senate Judiciary Committee announced Friday that immediately following the reversal of Roe last week, the state’s only abortion clinic has already stopped performing abortions.

WEST VIRGINIA: As of last Friday, the only abortion clinic in the state is no longer performing abortions.

“Roe has never been enough, but in states like West Virginia, it was the only thing protecting abortion access,” said Katie Quinonez, executive director of @womenshealthwv.

West Virginia is among a growing number of Republican-led states whose pre-Roe abortion bans have already begun to take effect.

It’s estimated that more than half of all states will ultimately outlaw most abortions now that states once more have the authority to regulate abortion within their own borders.