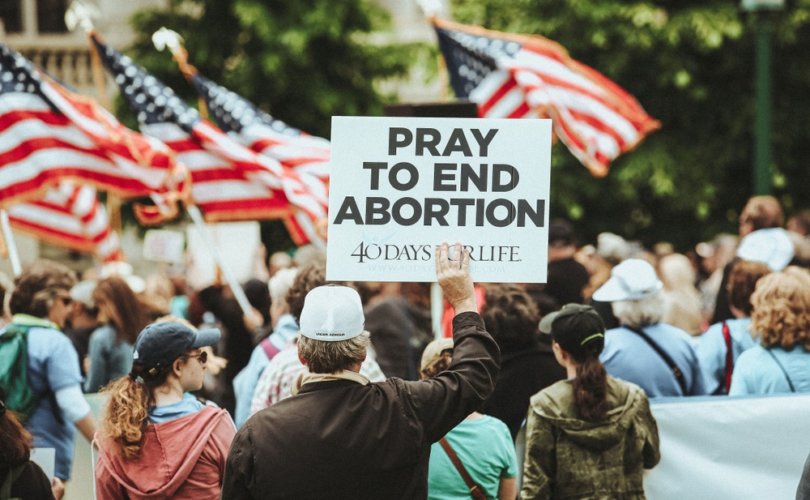 CHARLESTON, West Virginia (LifeSiteNews) — The Republican-led West Virginia legislature this week passed a bill banning abortion from the moment of implantation, with narrow exceptions for babies conceived in rape and incest and to save the life of the mother.

Republican lawmakers say the law is stronger than an earlier draft that left too many loopholes, and will function to shut down most abortions and punish abortionists who violate the law.

State Sen. Patricia Rucker told LifeSite Tuesday she is “much more satisfied with this amended version” of the bill, adding the “law will make abortions in West Virginia rare and limited.”

The State Senate passed the bill, HB 302, in a 22-7 vote Tuesday following brief debate, The Washington Post reported. Within five hours, the legislation cleared the House in a resounding 78-17 vote, and will now head to Republican Gov. Jim Justice’s desk for a signature.

Gov. Justice, who has promised to “always defend the right to life for very unborn child,” is expected to sign the measure into law.

West Virginia has passed a near-total ban on abortion. The bill, which overwhelmingly passed the Republican-dominated Legislature, includes exceptions for some medical emergencies or, if certain conditions are met, cases of rape or incest. https://t.co/O7mw9Y2QHi

West Virginia’s pro-life law will take effect immediately after being signed, with criminal penalties for violators kicking in 90 days after its passage.

Doctors who break the law will have their licenses revoked. Anyone other than a licensed physician who commits an abortion will face felony charges and between three and 10 years in prison. Women who obtain illegal abortions will not be prosecuted.

Lawmakers had introduced the initial draft of the bill in late July after Gov. Justice called a special legislative session “[t]o clarify and modernize the abortion-related laws currently existing as part of the West Virginia Code.”

The state’s existing 173-year-old pro-life law, which predated West Virginia’s statehood and became dormant after the U.S. Supreme Court created a federal “right to abortion” in Roe v. Wade (1973), made abortion a felony punishable by up to 10 years in prison. The pro-life law was reactivated in June after the Supreme Court overturned Roe in Dobbs v. Jackson Women’s Health Organization.

In July, however, a circuit judge blocked the measure, declaring it would be “inequitable” to allow the old law to be enforced until it is amended.

Lawmakers scrambled to come up with amendments, leading to a version of the bill deemed by some legislators so “watered down” that it would essentially expand, rather than cut back, access to abortion.

However, according to two state senators who spoke with LifeSiteNews Thursday, the amended bill that passed this week offers far stronger protections for the unborn and closes loopholes.

Sen. Rucker told LifeSite Thursday she is “much more satisfied with this amended version” of the bill, which she said contains “stricter language governing” the exceptions for rape and incest.

Rucker said she had objected to the previous draft of the legislation because it contained amendments “so vague” that “a truck could drive through the loopholes.” According to Rucker, the earlier draft would have effectively allowed abortion-seeking women to “claim rape without a police report” and even avoid legal repercussions if the report was false.

“This new version satisfies me that those loopholes are greatly diminished,” she said.

LifeSiteNews also spoke with State Sen. Robert Karnes, who had similarly opposed the earlier draft of the legislation.

Karnes told LifeSite the amended bill, which he said will end abortions in the state’s last abortion facility, is “[v]ery positive,” but added that legislators “still need to address several other items.”

READ: Mississippi abortuary at center of Dobbs case is sold after being forced to stop abortions

According to Karnes, pro-life lawmakers “need to prevent advertising of out of state abortion services,” floating a proposal to “make it a criminal offense to offer interstate transportation for the purposes of abortion.”

He also suggested West Virginia consider a Texas-style enforcement mechanism. Texas law permits private citizens to file lawsuits against anyone who aids or abets an abortion in violation of the Lone Star State’s abortion ban.

Sens. Rucker and Karnes both told LifeSiteNews they decided to vote for the legislation thanks to its tighter restrictions and more specific language.

Admitting it was a “[t]ough vote because of the exceptions,” Karnes said “the requirement that surgical abortions be done at a licensed hospital,” along with its mandate that “chemical abortion prescriptions” be made by a licensed West Virginia doctor “with admitting privileges at a local hospital,” made him “100% sure it would shutdown the only abortion facility in WV.”

According to a Wednesday report by the Associated Press, Women’s Health Center of West Virginia staffers had dozens of conversations with women whose abortions were canceled as a result of the new legislation. The AP reported that abortion facility staffers helped women arrange to kill their babies out-of-state, and provided financial support to facilitate travel.

In their Thursday comments to LifeSite, Rucker and Karnes emphasized that the fight to guarantee greater legislative protections for preborn babies is not over in the Mountain State.

According to Rucker, “[i]t is the intent of pro-life legislators in WV to continue to tighten our law and do all we can to support mothers and encourage adoption or support so mothers keep their children, in addition to making abortions rare.”

“This is just the beginning,” she said.