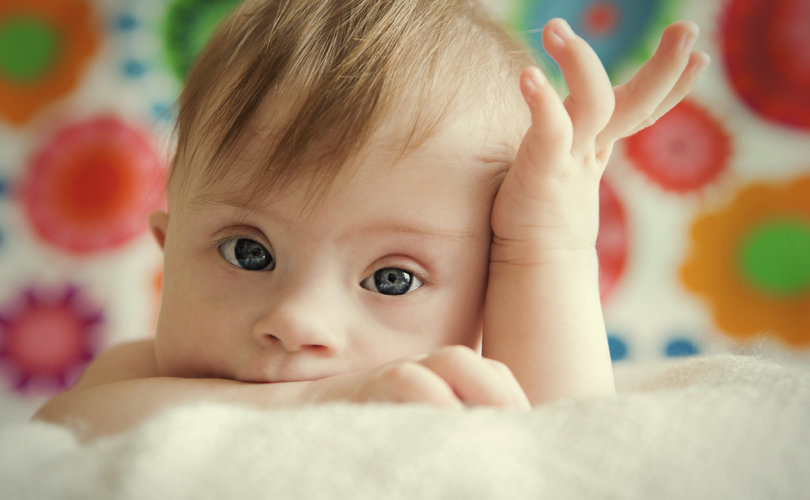 The Unborn Child with Down Syndrome Protection and Education Act forbids abortions in which the abortionist has not “first confirmed that the abortion is not being sought because of a disability,” including Down syndrome or any other “presence or presumed presence of a genetic, physical, emotional, or intellectual disability or diagnosis in the unborn human being including, but not limited to, chromosomal disorders or morphological malformations occurring as the result of atypical gene expressions.”

The law does not apply in cases of medical emergency, defined as “serious risk of substantial and irreversible physical impairment of a major bodily function, not including psychological or emotional conditions,” or for “severe fetal condition[s]” that are supposedly “incompatible with life outside the womb.”

MetroNews reported that the bill passed the state House of Delegates over the weekend with an 81-17 vote, having previously cleared the state Senate, which approved the House version of the bill Saturday night. It now heads to the desk of Republican Gov. Jim Justice, who in the past has declared that “every human life, born or unborn, is precious and truly a gift from God.”

It is a common practice around the world to abort preborn children specifically because of a Down syndrome diagnosis; the pro-life Charlotte Lozier Institute estimates that abortion reduces the Down community in the United States by 30% — despite research finding that 99% of people with Down syndrome described themselves as “happy,” and only 4% of parents of Down children expressed regret about having them.

While pro-lifers welcome another state affirming the inherent worth of babies regardless of their disabilities, as a practical matter abortion-minded women can get around such laws by simply claiming they want to abort for a different reason. Further, pro-lifers take issue with the notion that conditions allegedly “incompatible with life” should be recognized as exceptions.

“While doctors can be wrong in some adverse prenatal diagnosis cases, even when they’re right, babies diagnosed with life-limiting conditions are no less worthy of life and dignity than children considered healthy,” Live Action’s Samantha Kamman wrote. “An abortion in the case of a fetal anomaly still involves the death of an innocent human being who deserved to live and die naturally, just like someone diagnosed with cancer or another severe illness.”

Dr. William Lile, a board-certified OB/GYN and pro-life public speaker, argues that when a baby faces a lethal abnormality, the humane response is not abortion but giving him or her the same “love, the concern, and the care” any born patient would receive. “This is a key concept: the baby in the womb is a patient,” he wrote.