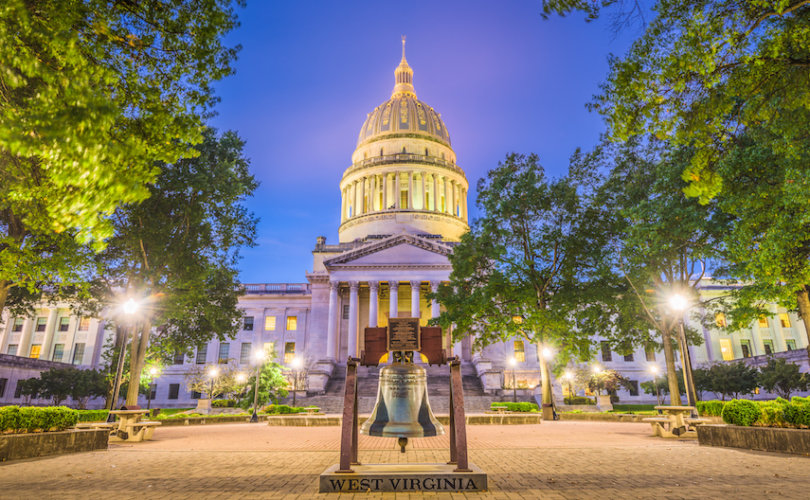 CHARLESTON, West Virginia (LifeSiteNews) — The West Virginia Senate approved a bipartisan bill last week that would extend unemployment benefits to workers who quit their jobs due to COVID-19 vaccine mandates.

Senators passed SB 576 in a 29-5 vote Friday, sending it to the Republican-controlled House, the News and Sentinel reported. The bill would make workers eligible for unemployment benefits if they leave a job after being refused a religious or medical exemption to vaccination requirements. Under the measure, employees would not be deemed to have left work voluntarily, without “good cause,” if they resign as a result of being denied an exemption.

People who quit their jobs typically cannot claim unemployment unless they leave for “good cause,” according to the AP.

Lead sponsor Sen. Mark Maynard, a Republican, said that SB 576 was crafted especially for healthcare professionals. “Our frontline health care workers were required to be in the midst of this battle with COVID in the years 2020 and 2021 without even an option,” Maynard said. “When the mandates started rolling in, they had to make a decision.”

“This gives them a little bit of a cushion to figure out what they’re going to do with their life.”

If SB 576 becomes law, West Virginia would join five other states, namely Arkansas, Florida, Iowa, Kansas, and Tennessee, that have extended unemployment benefits to employees who reject compulsory vaccination. Over a dozen similar proposals have been introduced across the country.

All eleven Democrats in the West Virginia Senate voted in favor of SB 576. The legislation “basically protects workers to ensure they have transitional employment support, just like we should have given employees transitional support who are seasonal workers,” said Democratic Senate Minority Leader Stephen Baldwin.

Another measure sponsored by Sen. Maynard, SB 578, would make employers liable if a worker suffers injury or death due to a mandatory COVID-19 shot.

West Virginia has previously taken action to protect workers’ right to refuse experimental coronavirus jabs. In October, Gov. Jim Justice signed into law House Bill 335, which grants broad religious and medical exemptions to vaccine mandates. The law additionally allows people to opt out of mandated vaccination if they have recovered from COVID-19 and prohibits businesses and state agencies from discriminating against those who pursue the exemptions.

Earlier this month, Justice also petitioned the Biden administration to provide a rural exemption to a COVID vaccine mandate for healthcare workers at facilities that receive federal funding. The Supreme Court ruled last month that the policy, issued by the Centers for Medicare and Medicaid Services, could stand.

“We understand that the Supreme Court has ruled that this mandate can go into effect, but it is putting an additional level of strain on our rural hospitals that is just destroying us,” Justice wrote in a statement. The Republican governor said that in the state’s rural areas, “we can’t afford to have all these folks terminated because of their vaccination status.”

“It’s just going to make it tougher and tougher for us to provide care in our rural hospitals.”