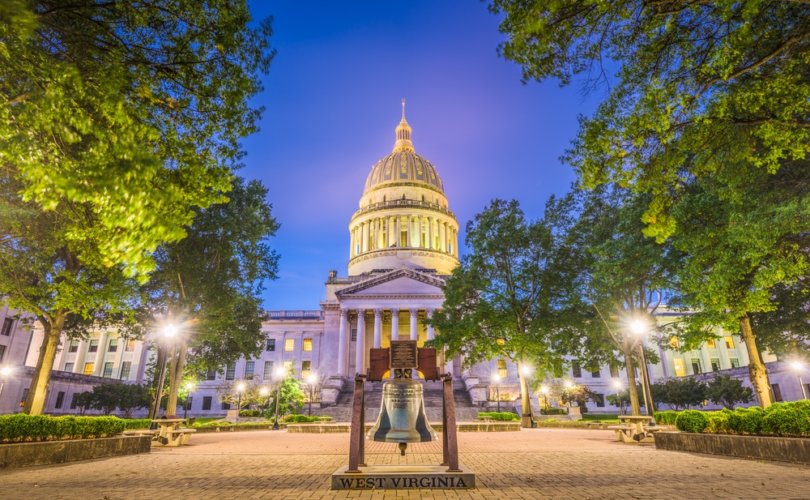 West Virginia lawmakers introduced HB 302 last week in a bid to update the state’s 173-year-old pro-life law that made abortion a felony punishable by up to 10 years in prison.

On Friday, however, after a week of intense debate, the Senate voted 21-10 to send the heavily-amended bill back to the House of Delegates, which had passed an earlier version Wednesday. The House rejected the Senate’s changes to the bill, leading lawmakers to reach a stalemate Friday night and ultimately decide to adjourn until an unnamed later date. The House has also called for a conference committee to iron out disagreements.

I’m glad the WV House is declining to accept the Senate’s Bill. They added too many provisions. Hopefully they pass a good bill just like the House in the coming week. https://t.co/bbeUAV6SmI

West Virginia Republican Sen. Patricia Rucker, a Catholic homeschooling mom of five, told LifeSiteNews in a phone interview Monday that the “intention of the legislature” had been to “clarify a few things about our current law, which is a total prohibition on abortion in the state of West Virginia except for when the mother’s life is in danger.”

— Article continues below Petition —
DEFEND Mothers and Babies Against Powerful CEOs Paying Female Employees to Abort!
Show Petition Text
5136 have signed the petition.
Let's get to 6000!
Thank you for signing this petition!
Add your signature:
Show Petition Text

The state’s old law was reactivated after the Supreme Court overturned Roe in June. Last month, however, a circuit judge blocked the measure, declaring it would be “inequitable” to allow the old law to be enforced until it is amended.

Sen. Rucker told LifeSite that lawmakers had planned to clarify elements of the law, including ensuring that criminal prosecution for abortion would apply to abortionists but not to mothers.

However, she said that’s not how the bill turned out.

A bevy of amendments from both the House of Delegates and the Senate have not only rendered the bill’s pro-life protections largely toothless, but broadened legal protections for abortion access by authorizing exceptions and failing to implement a coherent verification mechanism.

Amendments included the House’s Wednesday addition of exceptions in cases of rape or incest, along with the Senate’s Friday removal of criminal penalties for medical providers who conduct abortions.

Rucker said the amended bill would also allow “the reporting mechanism” regarding cases of rape or incest “to be so loose” that abortion-seeking women who claim to have been raped wouldn’t need to provide proof that they reported that rape to police.

“To me, all that does is protect the rapist,” Rucker said.

According to Rucker, what began as an effort to merely update a pre-Civil War law has instead “created so many loopholes” that it would actually serve to expand access to legal abortion at the state’s last remaining abortion facility.

Sen. Rucker said she will not vote for the legislation as it stands, explaining, “I must follow my conscience and do what I can to protect babies.”

West Virginia Republican Sen. Robert Karnes also told LifeSite in a phone interview Monday that he also will not support the legislation in its current form.

Karnes argued that by adding exceptions and failing to ensure that claims of rape or incest are verified, the legislation has become pro-abortion, not pro-life.

“It’s been watered down so much I really don’t think you can call it a pro-life bill,” he said.

Sen. Karnes told LifeSite that at this stage it’s unlikely a more robust bill will emerge in the legislature, since “the votes aren’t going to change.”

However, he expressed optimism in future legislative efforts after the 2022 midterms, predicting a substantial increase in conservative lawmakers.

“After November, we’ll be in a much better position,” he said.

Meanwhile, Sen. Rucker told LifeSite she doesn’t have a clear idea whether or not the bill as it stands will ultimately become law. CNN noted it’s currently in a state of “legislative limbo” as the House and Senate clash over the measure’s details.

“I don’t know whether there’s going to be enough legislators who have the courage and fortitude to admit that this law can be fixed and are willing to start over again,” Sen. Rucker told LifeSite. “I can only hope.”

Noting that West Virginia “is very pro-life,” Rucker said she hopes voters “do their due diligence” in the midterms, ensuring they vote for authentically pro-life candidates who will fight for real legal protections for the unborn.

Build a memorial park for the unborn in West Virginia: LifeFunder
$
Donate Now