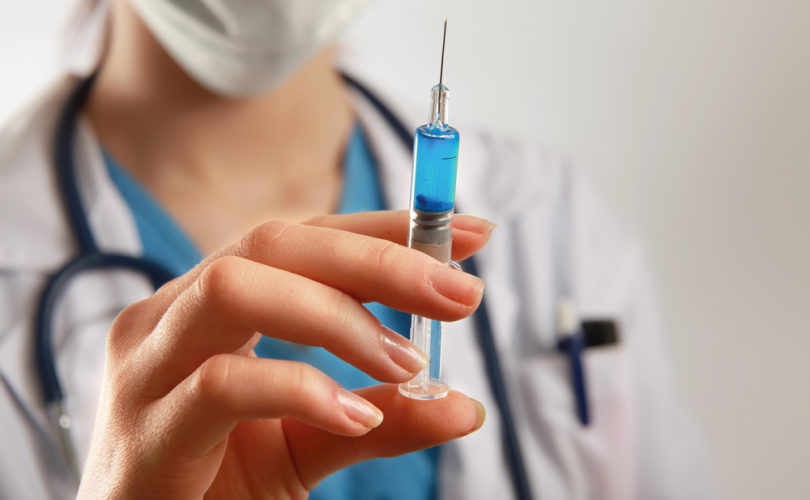 PERTH, Australia, December 12, 2019 (LifeSiteNews) – The state of Western Australia has become the latest jurisdiction to legalize euthanasia and assisted suicide, becoming the 19th in the world to allow voluntary or assisted termination of human life.

Western Australia’s Voluntary Assisted Dying Act will allow sick people experiencing “intolerable suffering,” and who have a terminal illness that may result in death within six months (or 12 months for neurodegenerative diseases), to end their life with a lethal “voluntary assisted dying substance” or have a medical professional administer death drugs.

State premier Mark McGown and health minister Roger Cook congratulated each other on Tuesday over the legislation, which goes into effect in mid-2021.

Echoing arguments that have long been made in favor of elective abortion, according to Australian media, McGowan said assisted suicide and euthanasia will be allowed for people who want access to death, adding, “…those people who don't want to access it, won't have to access it.”

McGowan heralded the passage of the bill as allowing people who are “dying and in agony” to exercise their “own choice.” He dismissed concerns about the bill as “scaremongering.” Even so, the Australian Medical Association has opposed physician-assisted suicide, saying that improved palliative care can address patients’ pain.

“‘Intolerable suffering’ has no objective test. It is whatever a patient says it is — even if the illness is not the reason for the suicide/homicide request,” he said.

“Where will this lead? Over time, into the bottomless moral pit into which the Netherlands, Belgium, and increasingly Canada have already jumped. I can’t escape the irony that people seem to lack faith in doctors to care for patients properly and ameliorate their suffering, but ironically, will allow these same doctors to kill them. Bizarre,” he added.

Western Australia (WA), which comprises nearly one-third of Australia, joins Victoria state as the second jurisdiction in the antipodal nation to allow voluntary assisted suicide. The bill passed in Western Australia is more liberal than Victoria’s law, which allows a medical professional to administer the drugs only if the patient is unable to do so voluntarily. Generally, Victoria only allows self-administration of euthanasia. The WA law allows patients to choose a physician or nurse practitioner to administer the drugs.

While the WA bill requires a medical sign-off by two doctors, independently of each other, for those seeking to end their own lives, there is no requirement for a psychiatrist to be consulted by those seeking to end their own lives. Deadly substances can be prescribed, under the provisions of the bill, without any supervision. In Victoria, patients must consult a psychiatrist before self-administering death drugs.

In WA, patients must make two verbal requests and one written request for the life-ending drugs. There is a list of approved drugs from which to choose. While self-administration is preferred, patients can request a medical practitioner to give a lethal dose. In Victoria, a doctor can only administer the drug if a patient is physically incapable.

In 2018, the Catholic bishops of Western Australia released a statement saying that they will not allow doctors in Catholic hospitals to administer death drugs.  According to Australia’s ABC News, Liberal parliamentarian Nick Goiran warned that the bill “is the most dangerous legislation that's ever passed.” Medical professionals have questioned whether there is an objective definition of “intolerable suffering,” which voluntary or assisted suicide are intended to relieve.

An outspoken opponent of the bill, Goiran pointed out that self-administered death drugs can result in regurgitation, asphyxiation, and other complications. An overdose of barbiturates is often the preferred method of dying, which often must be accompanied by anti-emetics to prevent the vomiting of the death drugs. He said that no medical supervision is needed under WA’s scheme.

In the Sydney Morning Herald, Prof. Xavier Symons of the University of Notre Dame of Australia expressed concern that the new law puts mentally disabled people at risk. Symons said that the new bill allows physicians and nurse practitioners to initiate conversations about euthanasia. He wrote: “This is problematic. Doctors may be tempted to suggest the easiest (and cheapest) solution. What if a neurologist proposes euthanasia as ‘the best option’ for a patient diagnosed with an inoperable brain tumor?”

This exposes patients to “undue influence from doctors,” Symons said, adding that aboriginal Australians and persons with limited English-speaking ability may misinterpret counseling they receive. He said that the bill exposes doctors to pressures from family members who want to snuff the patient’s life.

The WA law, unlike Victoria’s, will not require a specialist to assess the patient’s medical condition. For example, general practitioners can approve euthanasia for a patient suffering from pancreatic cancer, even though they may have never treated anyone for the condition. Opponents of the WA law fear that inaccurate diagnoses and prognoses may result in wrongful deaths. Also, while doctors in Victoria are advised to refer patients to a psychiatrist if the patients have a mental condition that affects their ability to make decisions, the WA bill makes no such provision.

Belgium, Canada, The Netherlands, Colombia, Switzerland, and some states of the United States allow voluntary euthanasia and/or medically assisted death.