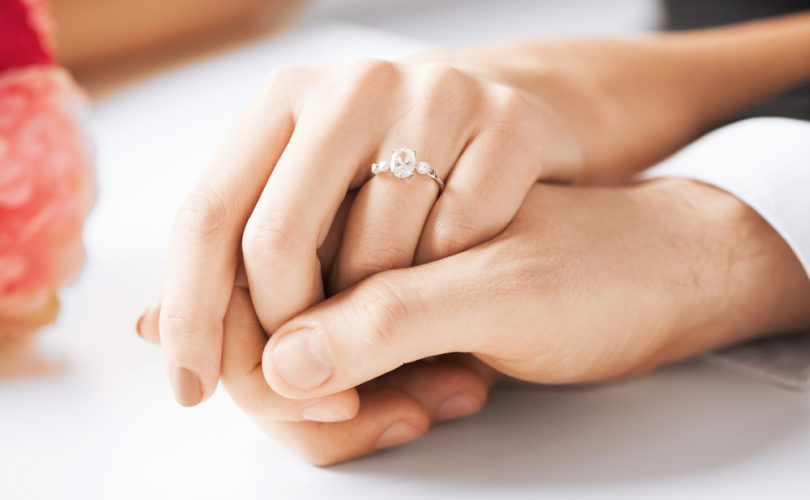 Ben Johnson contributed to this story.

What is key to a happy marriage? According to a new report from the National Marriage Project's Galena K. Rhoads and Scott M. Stanley, sexual abstinence, a lack of cohabitation, and the sense of community and responsibility given by a large wedding.

The study, which looked at the marriages of 418 people from the Relationship Development Study (RDS), “examined the history of the spouses’ relationship, looked at their prior romantic experiences, and asked them about the quality of their marriages.” The 418 people entered the RDS between 2007 and 2008, and were part of a larger group of 18 to 34-year old Americans who were in relationships but unmarried when the study began.

For those who had more than one sex partner, women who had fewer premarital sexual relationships enjoyed “higher marital quality.”

The researchers concluded that those marriages that began with the couples “hooking up” had lower levels of happiness when they did eventually marry.

Cohabitation, or living together before marriage, also exerted a negative impact on future marriage. The authors found that “those who lived with their eventual spouse before having a mutual and clear commitment to marry reported lower levels of marital quality than those who waited until after planning marriage or getting married to move in together.”

Lastly, more guests at a wedding “is associated with higher marital quality,” even when accounting for education and income. According to Rhoads and Stanley, “it may be that having community support both while you date and through your marriage is very important for marital quality.”

The study's results reflect trends found in numerous other surveys and studies. A 2009 study in the Journal of Family Psychology found that living together before being engaged led to lower marital satisfaction and a higher divorce rate. Likewise, a 2012 study from a professor at the University of Texas at Austin found that waiting to have sexual relations until at least the age of 20 led to higher marriage rates, less cohabitation, and higher “relationship satisfaction.”

The National Marriage Project study has received praise from some, such as Rachel Sheffield at The Heritage Foundation. It also received criticism for a lack of controls, such as parental income and the lack of randomized wedding styles from Washington Post columnist Catherine Rampell.

Rhoads and Stanley offered their own critiques of the study, most importantly the lack of “randomized experiments” related to selection effect — in other words, who participates in the study. However, they argue that “both selection and personal choices matter for how life unfolds.”