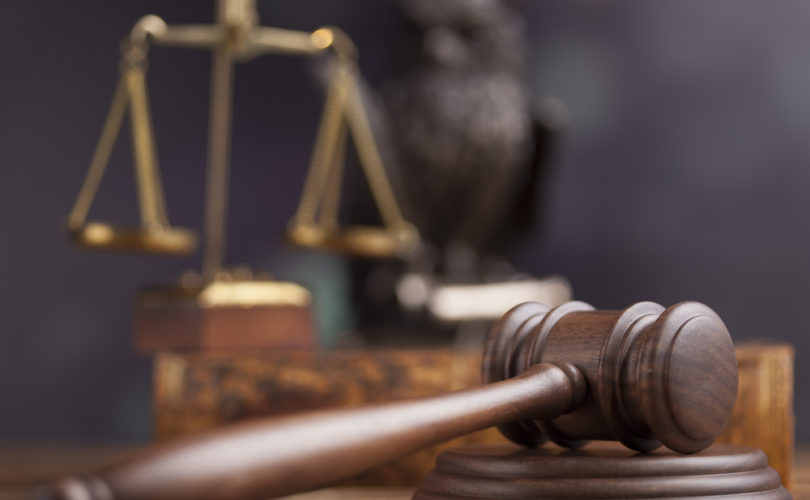 WASHINGTON, D.C., February 16, 2016 (LifeSiteNews) – Republican presidential candidates and Senate leaders have said anyone Barack Obama appoints to the Supreme Court should not be confirmed. But what happens if Justice Antonin Scalia's seat remains vacant for a year?

The High Court is facing a number of high-profile cases concerning state abortion regulations and religious freedom, among other issues. By tradition – although not by law – the Supreme Court consists of nine justices, preventing a deadlock unless a justice recuses himself or herself from a case. But an eight-member court could transform razor-thin 5-4 decisions into 4-4 ties.

What happens then? That, too, depends on the will and whim of eight robed jurists.

After justices hear oral arguments by both sides, they may choose to postpone a decision until the Court returns to its full cohort of nine judges. At that time, a new set of oral arguments will be presented, and all nine justices will reach their decisions.

However, the justices may choose to let the evenly divided vote go forward. Such a tie would allow the lower court's ruling to stand.

That could actually be good news in this year's most anticipated ruling related to abortion, Whole Women’s Health v. Cole.

Last November, the court agreed to hear a challenge to two aspects of Texas H.B. 2: a requirement that abortionists have admitting privileges at a hospital within 30 miles of their offices and a mandate that abortion facilities meet the same health standards as other ambulatory surgical centers (ASCs).

The Center for Reproductive Rights sued the state on behalf of a consortium of Texas abortionists but saw little legal success.

Last June, a three-judge panel of the Fifth Circuit Court of Appeals upheld the two disputed portions of the law, which also forbade anyone in Texas from performing an abortion on an unborn child who is capable of feeling pain. That provision, which restricts abortion to the first 20 weeks of pregnancy, is not at issue in this case.

Should the justices tie at 4-4, the Fifth Circuit Court's ruling would remain in force, setting precedent that both pro-life regulations may be forward in Texas – and any other state that chooses to pass them – within the bounds established by the Court in Casey v. Planned Parenthood.

The picture is more complicated for the case questioning ObamaCare's controversial HHS mandate, which requires nearly all employers to furnish contraceptives, abortifacients, and sterilization to their female employees without a co-pay. Justices consolidated seven cases into one, Zubik v. Burwell – the case brought by the Roman Catholic Diocese of Pittsburgh. However, it includes lawsuits brought by numerous religious employers from varied backgrounds.

The public face of the lawsuit has been the Little Sisters of the Poor, an order of nuns devoted to assisting the less fortunate. The Obama administration has issued numerous “accommodations” and emendations of the health care law, ultimately deciding that the sisters must sign a form registering their deeply held religious objections to providing the coverage. However, that form triggers the insurance company's mandate to provide those services – which Roman Catholics believe are “mortal sins” – to all female employees “free of charge.”

The sisters say signing the form constitutes their participation in evil, but the Obama administration has refused to relent.

Appellate courts have issued contradictory rulings, both for and against the seven lawsuits as they worked their way through the court system. If the court does not defer the case, experts disagree about the effect. But most of the rulings favored the mandate over religious objections.

The underlying case was decided by the Third Circuit Court of Appeals, which ruled that ” the appellees have not shown a likelihood of success on the merits of their RFRA claim, based on the determination that 49 the accommodation does not impose a substantial burden on their religious exercise.”

There is a third option: justices simply kick the can down the road on the substantive issues. “There is also recent precedent for the Court to attempt to avoid issuing a number of equally divided rulings,” wrote Tom Goldstein at the SCOTUSblog. “In Chief Justice Roberts’s first term, the Court in similar circumstances decided a number of significant cases by instead issuing relatively unimportant, often procedural decisions.”

Breaking: Supreme Court to review Texas law that shut down most of state’s abortion facilities