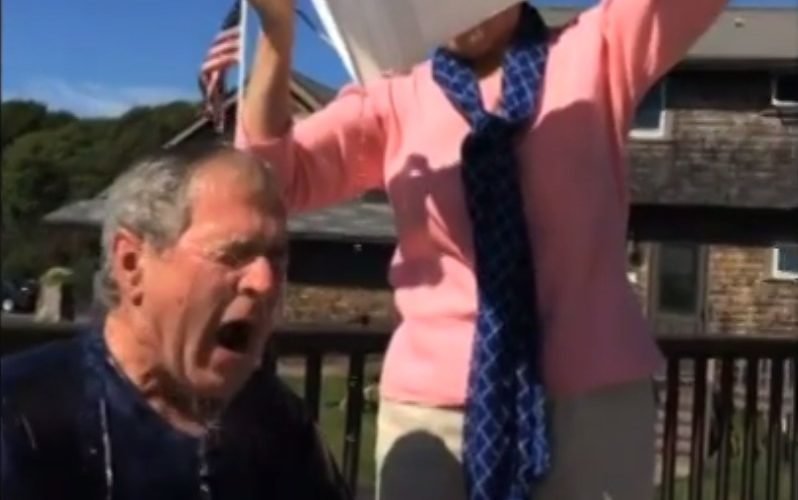 Pro-life leaders in the U.S. are warning about ethical problems with the viral “Ice Bucket Challenge” that has raised over $15 million for research into Lou Gehrig’s Disease since late July, making its way to the top of American politics, and the entertainment and business worlds in the process.

They have been joined by many thousands of everyday Americans eager to do their part to raise funds to find a cure for the fatal neurodegenerative disease.

However, pro-life leaders from Patheos blogger Father Michael Duffy to the American Life League (ALL) are all pointing out that the ALS Association, which is behind the wildly popular fundraising effort, funds and otherwise supports embryonic stem cell research.

Instead, they are urging that pro-life people who want to participate in the ice bucket challenge send their donations to other charities that don't have similar ethical issues.

A spokesperson from the ALS Association admitted to American Life League in an e-mail that while the organization “primarily funds adult stem cell research,” they are “funding one study using embryonic stem cells (ESC)…”

“It is noble to combat a deadly disease,” Live Action president Lila Rose said in a statement provided to LifeSiteNews, but added that “it's such a shame that the ALS Association…chooses to support research that thrives from experimenting on and killing tiny, innocent human beings.”

“Embryonic stem cell research, which requires the destruction of pre-born people, is inherently unethical and a violation of fundamental human rights, and even materialists must admit that promises of its benefits have failed to deliver,” continued Rose. “There is no good reason to condone this practice; in fact, all it does is taint the ALS Association, whom I'd otherwise be happy to support.”

In the email to American Life League, ALS Assocation Spokesperson Carrie Munk defended the organization, saying that the embryonic stem cell research is being funded by an outside donor, and “the stem cell line was established many years ago.”

She added that “under very strict guidelines, The Association may fund embryonic stem cell research in the future,” and that currently “donors may stipulate that their funds not be invested in this study or any stem cell project.”

At least one Catholic archdiocese has spoken up about the problematic relationship between ALS Assocation and unethical research.

“We appreciate the compassion that has caused so many people to engage in the ice bucket challenge,” said a spokesperson for the Archdiocese of Cincinnati. “But it's a well established moral principle that a good end is not enough. The means to that ends must be morally licit.”

Both Fr. Duffy and the archdiocese have recommended money be sent to the John Paul II Medical Research Institute in Iowa City, Iowa. It is an organization that exclusively researches with adult stem cells.

One D.C.-area Catholic, Robert Vega, wrote on Facebook that “in light of the absolute dignity of human life and necessity to defend it…I have taken down my Ice Bucket video, untagged myself from my nomination video, and encourage anyone to whom I may have spread the Challenge to do the same.”