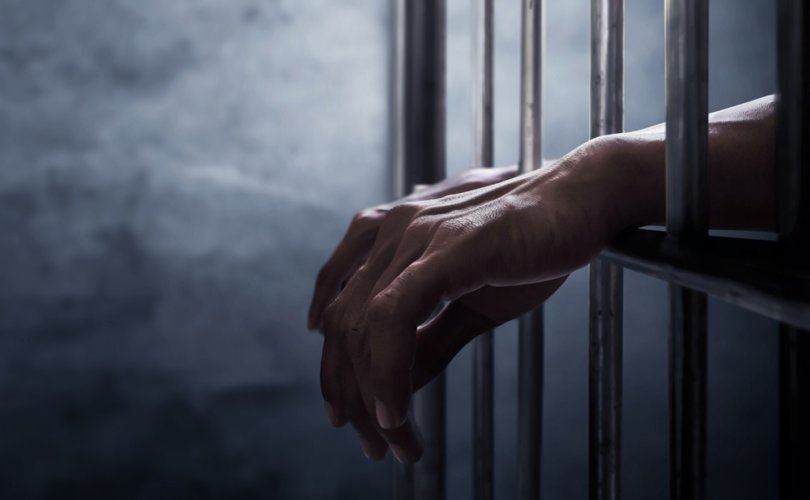 SIMPSONVILLE, Kentucky, March 23, 2016 (LifeSiteNews) — World-class composer and performer Eric Genuis will never forget the first time he was invited to perform his music in a U.S. state prison. As he lugged his heavy keyboard and sound equipment through the security gates into a world of concrete, steel, and razor wires, he could not help but notice how profoundly ugly everything was. He noticed the stark lack of anything that could be described as beautiful or inspirational.

“It was very unnerving. You're there in this ugly facility. The lighting is harsh. There are broken tables and garbage lies strewn about. I’m in the midst of the ugliest place I have ever been,” Genuis told LifeSiteNews in a telephone interview from his home in Simpsonville, Kentucky.

“The lives of these imprisoned men and women are plagued and immersed in ugliness. They are swimming in the ocean of the profoundly ugly,” he added.

Genuis remembers how the prison authorities treated him and his violinist and cellist in a hardly civil and almost severe way.

“It's not like the prison authorities were saying, ‘Oh, thank you for coming.’ They didn’t seem to care that we were there to help,” he recounted.

About 80 male prisoners shuffled into the room where the performance was about to take place. The prisoners had likely come for a change of scene. For many of them, it would provide an occasion for selling cigarettes, making drug deals, and engaging in other illegal activities.

Genuis remembers the bewilderment he experienced in having no idea what to expect. He could see the men slouching and yawning, getting ready to be bored for the next 90 minutes. Genuis cranked up his speakers in anticipation of likely having to compete with heckling, jeering, and other disturbances.

He took a breath, and began playing his music.

Moments into his first song, one male prisoner suddenly stood up and exclaimed at the top of his voice, “I forgot what hope felt like.”

Grown men who were serving time for murder, rape, drug trafficking, and numerous other crimes had tears running down their faces. The response to the music was immediate and powerful.

“After my first performance in a prison I realized that there was something very powerful happening there. I realized that my music could touch the souls of these broken men and give them hope, something to live for,” Genuis said.

The warden could not believe the transformation that he saw happening to the prisoners.

Your performance was a huge success. The behavior of the inmates during and after the concert indicated that your performance had a powerful impact on those present. Staff from throughout the institution volunteered observations about the excitement and positive attitude the inmates showed on their way back to their housing assignments after the concert and throughout the rest of the day. You really made a difference in the lives of most of the audience.

Genuis does not view his concerts to prisoners as simply a “nice thing to do,” as something that entertains or distracts people for a while. He plays his music with the specific intention of nourishing people with the “mystical beauty” of music which is created by melody, harmony, and tones.

“Music is a language. It is a language that reaches in and touches the heart, mind, and soul in ways that words cannot touch,” he said.

“Beautiful music has the power to inspire people with hope. It has this mystical ability to reach into the very depths of a soul, in a way that words and even the best of logical arguments never can reach, and move the listener to embrace goodness,” he added.

Genuis holds that genuine art, whether it be found in painting, sculpture, music, and other mediums, has the purpose of revealing what is beautiful.

“If it is true art, it is beautiful. And the purpose and the importance of beauty, whether it be in the medium of music or visual art, is to transcend the imperfect and point to the perfect,” he said.

In this way, beautiful paintings, sculptures, or pieces of music is not the final goal itself, but they all point to something beyond themselves.

“Beauty is the language of God. And when the human heart encounters beauty, in whatever way, shape, or form, it really becomes an encounter with the almighty God,” he said. “It is an encounter beyond the conscious. In that encounter, God speaks to the soul. The encounter uplifts the soul. It makes one feel inspired. It gives one hope. It helps one to set goals and to achieve them. God works through the beautiful to accomplish all of this.”

On top of performing his music at national and international venues in front of thousands of people, including performances in private homes of people like actor Jim Caviezel or a former U.S. president, the 49-year-old composer views it as a special mission to perform his music for what he calls the “forgotten ones” on the fringes of society. On top of those who are in prison, these include people in drug rehab centers, in veterans’ homes, kids in inner city schools, as well as the elderly in nursing homes.

In 2010, Genuis set up a new foundation called “concerts for hope” to facilitate bringing his music to the “least in society” so that through his music they could have a powerful encounter with beauty and goodness. So far, he has given hundreds of such concerts.

“I feel very honored to be a musician and a composer. I'm very humbled to be able to share these gifts with people. I take what I do very seriously and it gives me more joy than you could imagine,” he added.

For Genuis, sharing his gift of music is an effective way of affirming the value and dignity of each and every person. He said such affirmation is what it truly means to be “pro-life.”

Those in prison, where there usually exists an atmosphere of violence, hatred, bigotry, and dominance, are in special need of such affirmation.

“People ask me, ‘Why do you perform for these guys in prison? They've made their choices. Let them rot.’ I say to them that if your piano is broken, you can throw it out, or if your swing-set is broken, you toss it away. But with people, you can never throw them out. There is a dignity and value to every person just by the fact that they are human, no matter what they’ve done or who they are.”

The Catholic father of 11 — 4 living and 7 in heaven — said that it is specifically his Catholic faith that has taught him about the value and dignity of each and every person. “Everyone is made in the image of God, and God continually calls everyone to a closer relationship with him,” he said. “As Catholics, we believe that we are literally ministering to God himself when we help anybody in need.”

“Jesus tells us, ‘When I was in prison, you visited me. What you do to the least of my brothers, you do to me.’ Each of us is created in the image of God and this gives each of us dignity. Every person, unborn or born, young or old, sick or healthy, imprisoned or free, deserves to have this incredible dignity recognized and honored. It is because of this dignity that each person deserves a life of inspiration and beauty.”

“I can play for people and I can stir them with joy. I can stir them to true joy, to true beauty, to true inspiration, and true meaning, and a true encounter with beauty. And I'm going to use that gift until I have no more air in my lungs,” he added.

Genuis said that everyone has been given gifts from God which they can use to serve others.

“We have to recognize that everyone has a gift that they can turn around and give to people to make them feel that they are the best thing in the world. It’s as easy as going to a nursing home and having a cup of coffee with a resident. You will be a hero, I promise.”

“People need to ask themselves where are their gifts and where are their talents. And they need to be willing to work beyond their comfort zones. Once we recognize the importance and the value of each person as an individual, and once we treat each person with the dignity that is due to them, then we will begin to restore our culture and society.”

“And that’s what it means to be pro-life. Being pro-life has many faces,” he said.