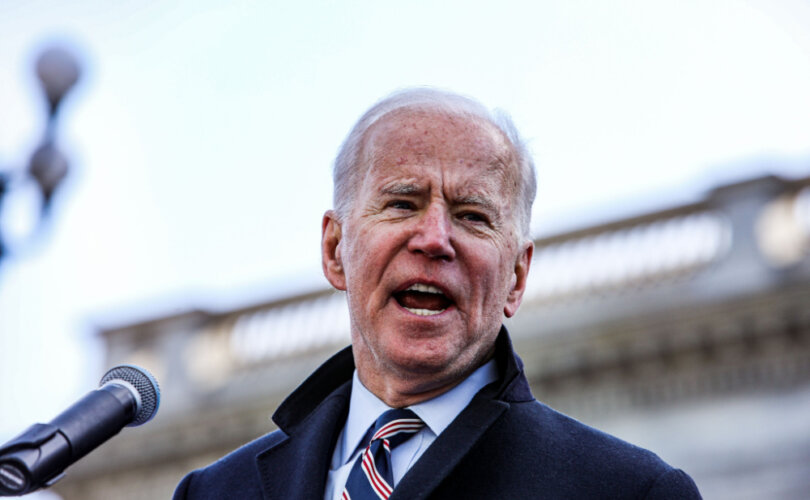 (LifeSiteNews) — A new whistleblower has come forward speaking to the Daily Mail about his knowledge of Hunter Biden’s business deals during his father Joe Biden’s vice presidency and of how the father was strongly involved in them, even acting as the “chairman of the board.”

Jack Maxey, political analyst and expert on the Hunter Biden laptop, is endorsing this new whistleblower, calling him on his Gettr account a “dear and trusted friend.” Maxey had given in March 2021 a copy of the Hunter Biden laptop to the Daily Mail and has since worked closely with them on their numerous stories revealing the Biden family’s corrupt financial deals.

When posting today’s Daily Mail article, Maxey, who is known to LifeSite readers by his work on LifeSite’s Faith & Reason show, wrote, “Boswell [the Daily Mail reporter] is a boss and so is the amazing American patriot behind these revelations. Proud to call him a dear and trusted friend and fellow patriot with more love of country than money.”

The whistleblower, who wished to remain anonymous out of fear for reprisals, has identified himself to U.S. Senate investigators and is collaborating with them. He revealed to the Daily Mail in a video-taped interview with altered voice how he witnessed a conference call in 2012 during Biden’s vice presidency between Biden and his son Hunter, as well as Hunter’s business partners Jeff Cooper, the late U.S. Senator Harry Reid and his son Key Reid. The call was about an online gambling business in Latin America in which Hunter Biden and his partners were getting involved.  The whistleblower told the Daily Mail that “Joe Biden was directly involved in this business activity. He wasn’t passive, he was talking about it. If I had to describe him, he was like a member of the Board of Directors,” adding that, considering his “prominent position,” even more “like the chairman of the board.”

The whistleblower furthermore called it “nonsense” to claim that Joe Biden “is not involved in his son’s activities.” He then pointed out how Joe Biden, while serving as the U.S. vice president, was “flying his son all over the world for his compromised business deals.” Why would Biden do that for his son to fly him to pursue his business deals, he added, “if he wasn’t involved?”

Part of the 2012 conference call was that Joe Biden “asked about revenue projections, when the company’s software would be ready, and congratulated Cooper on securing gambling licenses from the Peruvian government,” as the Daily Mail quotes the whistleblower.

The Daily Mail was able to confirm several details of the information given to them by the new whistleblower, especially his being closely involved in Jeff Cooper’s company. They wrote:

The alleged call was not recorded, but DailyMail.com has independently verified the whistleblower was closely involved in Cooper’s company for years, including at the time of the conference call, and was in a position to be involved in discussions on Ocho’s business development.

Aspects of the source’s story were verified using published government records and corporate filings. The whistleblower also provided documents, emails and photographs corroborating their account of their involvement with Cooper and Hunter’s company.

They are the second person to come forward attesting to Joe Biden’s involvement in his son’s foreign business dealings, after Hunter’s former business partner Tony Bobulinski revealed in October 2020 that he discussed their deal with Chinese oil giant CEFC directly with Joe.

For our readers, that is a short synopsis of what Tony Bobulinski had already revealed in 2020, even before the presidential election. Bobulinski, who had worked closely with Hunter Biden on some business deals, told Fox News on October 22 that “on numerous occasions it was made clear to me that Joe Biden’s involvement [in the business deals] was not to be mentioned in writing, but only face to face. In fact, I was advised by Gillian Walker that Hunter and Jim Biden [Joe Biden’s brother] were paranoid about keeping Joe Biden’s involvement secret.”

On October 20, U.S. Senator Chuck Grassley had asked the FBI whether they planned to investigate Joe Biden’s involvement with his son Hunter’s business deals. Grassley also insisted that the FBI possesses evidence that President Biden not only knew about his son’s business dealings with Ukrainian energy firm Burisma Holdings but that he participated in them.

Joe Biden always denied his involvement in his son’s business dealings. In 2019, he said, “I have never spoken to my son about his overseas business dealings,” and only in April 2022 did his press speaker Jan Psaki confirm that the president still stands by his 2019 words.

Some readers might wonder why the whistleblower came out with his revelations only one day before Election Day. According to the Daily Mail, his decision to come forward with his “claims within 24 hours of the election is set to send Washington, D.C. into turmoil.” But he told the Daily Mail “that it was not until this weekend that they had been able to obtain a security detail for their family, giving them the confidence to come forward.”

The above-mentioned gambling business was Hunter Biden and Jeff Cooper’s $30 million online gambling company, Ocho Global. The whistleblower claims to have been a business partner with Hunter Biden’s “joint ventures that conducted energy deals, invested in technology companies and even launched a series of online gambling platforms,” according to the Daily Mail. As the newspaper further can show, the Hunter Biden laptop contains numerous emails and messages that confirm the larger story of the whistleblower.

“Emails from Hunter’s abandoned laptop show Cooper discussing the business with Hunter and Key Reid and reveal they were seeking licenses to roll out the Ocho brand across Latin America,” the Daily Mail reported.

Moreover, the whistleblower also claims that during that above-mentioned 2012 conference call with Joe Biden, “one of the things [Joe] centered on a lot was when the [gambling] company would become profitable. Joe, in particular, was centered on the returns that would be expected in the family coffers.”

Then-Vice President Biden showed much interest in details of the business endeavor. The whistleblower is quoted as saying, “He [Joe Biden] had all sorts of questions about other stuff. ‘Do we need to be doing other things with government officials? What do we need to do to get this moving ahead?’ He asked about what the revenue projections were and how soon the Ocho Rio software … could be demoed. He was asking all detailed operational questions. He wouldn’t be doing that if he didn’t know about it. He seemed to be more interested than just a casual interest.”

“With the direct observations I had, it’s obvious Joe was participating in the business,” the whistleblower concluded.

He also revealed to the Daily Mail that he did not approach the FBI with his inside knowledge because he did not trust them.

The whistleblower said they had shied away from reporting the Vice President and Senate Leader’s alleged involvement in Ocho to the FBI because they did not trust the Bureau – and claimed their suspicions were confirmed when they saw reports by Senator Chuck Grassley that senior agents had tried to suppress the federal investigation into Hunter Biden.

‘Who are you going to go to, the FBI? The FBI seems to be operating as a personal security service for the Bidens lately,’ the source said.

The Daily Mail pointed out that, should President Biden have profited from his son’s business deals, he committed a serious fault by not reporting them:

“If Joe was, in fact, profiting from Ocho Global with Cooper and Hunter while Vice President as the whistleblower claims, he neglected to declare it on either his government ethics disclosures or his tax returns, although it is unclear whether or not the online gambling company ever made money,” the Daily Mail wrote. As they also show, Joe Biden hosted numerous business partners of his son in his VP’s office.

Tucker Carlson on his November 7 show also aired the short interview with the whistleblower as published by the Daily Mail.