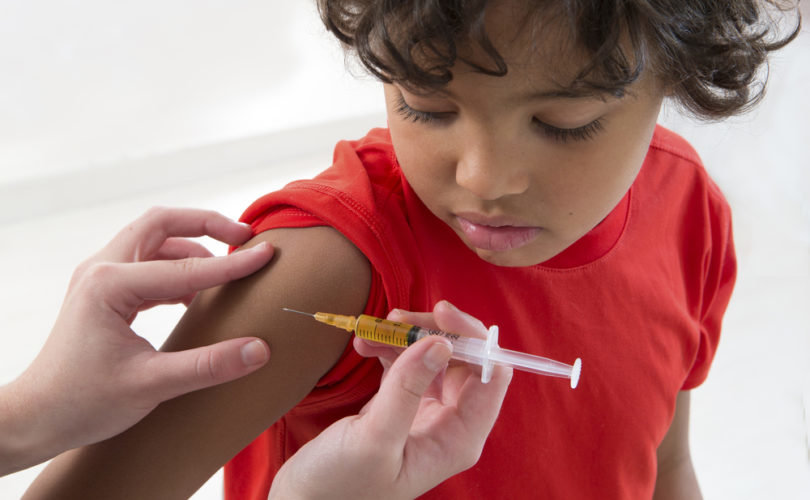 On March 8, 2013, the young girl came to the clinic with her stepmother.  Murray told the San Diego Reader that the girl clearly did not want to receive birth control, but her stepmother insisted.

Murray said she felt it would have been wrong to force the injection upon the child.  After consulting Janeen Bullison, Planned Parenthood’s Quality Assurance Manager, Murray instead gave the girl “emergency contraception, condoms, and educational handouts.”

The stepmother became irate.  Murray alleges that the stepmother was “screaming in the lobby” and demanding the injection for her young stepdaughter.  Under such pressure, Murray says her supervisor, Thelma Mendoza, ordered the injection, without the authority to do so.

Mendoza is not licensed to authorize drugs to patients.

Murray claims that she went to Mendoza's supervisor, Julia Jura, but was advised to let Mendoza handle the situation.

Injecting someone with contraceptives against their will is a violation of Planned Parenthood’s Mission Statement, which asserts that patients should be allowed to “manage their own fertility,” regardless of their age.

By month's end, Murray was fired.

The official reason for firing Murray was “below expectations” performance, but Murray says her firing was because she is a whistleblower.  Murray claims she sustained a stellar record during her 11 years as an employee.

According to Murray, conflict with Planned Parenthood began in 2012, when she complained to her supervisor that the clinic was giving non-licensed personnel access to a locked medication cabinet to dispense medication to patients illegally.  California's Health & Safety Code “specifically prohibit[s] the issuance of a prescription drug, or the dispensing of a prescription drug by anyone other than a physician, nurse practitioner, or other licensed personnel.”

Murray's allegations state that since she raised her concern, she received a series of reprimands and write-ups for exaggerated and even fabricated infractions.

Planned Parenthood denied all of Murray's allegations.  They allege that Murray waited too long to sue, that she failed to mitigate her losses, and that she is at least partially responsible for the damages she claims.

After a myriad of motions, filings, and delays, the court case was scheduled to be heard August 14 in superior court.

Yet on June 30, Planned Parenthood settled with Murray for an undisclosed sum of money, and the case was dismissed.

The settlement's terms prevent additional facts from coming to light.