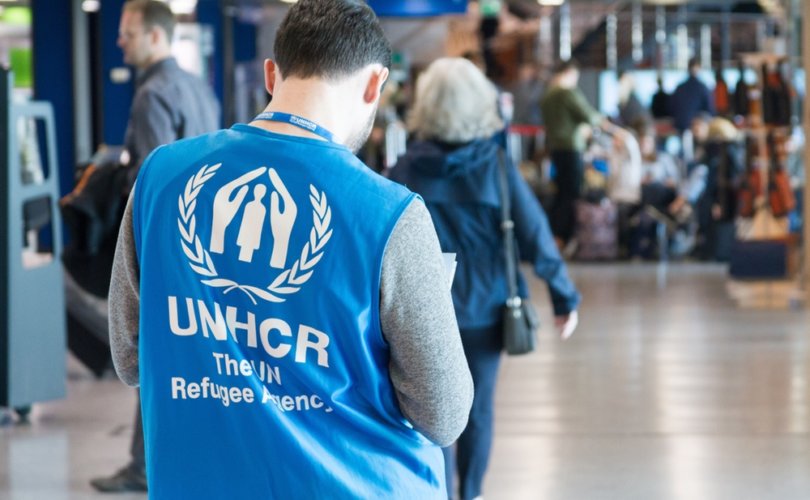 February 16, 2018 (LifeSiteNews) – A former top official at the United Nations is claiming that UN staffers have raped 60,000 people over the past decade and use their positions to exploit the vulnerable people they’re supposed to protect. He also says that 3,300 pedophiles work for UN agencies.

This allegation comes from Professor Andrew MacLeod, the former chief of operations of the UN Emergency Coordination Centre.

“Child rape crimes are being inadvertently funded in part by United Kingdom taxpayer,” he told Britain's The Sun newspaper.

The Sun reported that MacLeod shared a “dossier” on the rampant rapes with the UK’s Department for International Development a year ago. He has now provided a copy of it to them.

“There are tens of thousands of aid workers around the world with paedophile tendencies, but if you wear a UNICEF T-shirt nobody will ask what you’re up to,” he said. “You have the impunity to do whatever you want.”

This problem is “endemic across the aid industry across the world,” said MacLeod.

“The professor’s grim 60,000 figure is based on UN Secretary General Antonio Guterres’s admission last year that UN peacekeepers and civilian staff abused 311 victims in just one 12 month period over 2016,” The Sun reported. “The UN also admits that the likely true number of cases reported against its staff is double that, as figures outside of war zones are not centrally collated.”

MacLeod estimates very few rapes by UN workers in developing countries are reported, noting that even in Western countries rape reporting is low.

This revelation from MacLeod comes on the heels of the Oxfam sex abuse scandal. Oxfam is a major international pro-abortion, pro-contraception charity. Its deputy head stepped down last week after it became public that the group’s Haiti director and workers had used Haitian earthquake victims – some possibly underage – as prostitutes.

One of the employees involved in this went on to work for CAFOD, the official charity of the UK’s Catholic bishops.

Oxfam’s former Haiti director is now denying that a woman he had sex with in Haiti was a prostitute – she was just a local earthquake victim, he said. A confidential Oxfam document reviewed by The Times said he did use earthquake victims as prostitutes at parties at his Oxfam-rented Haiti villa. He’s also been accused of similar activity during his time “aiding” Chad and Liberia.

Someone who works in international aid told Matthew Green at Financial Times that “everybody right now is holding their breath” because the sex abuse problem in that sector is so widespread and in “many ways comparable to the Harvey Weinstein case.”

Many high-profile “humanitarian” groups push contraception and abortion on poor countries, and often aid money from Western governments is given on the condition the receiving country implement certain socially liberal policies.