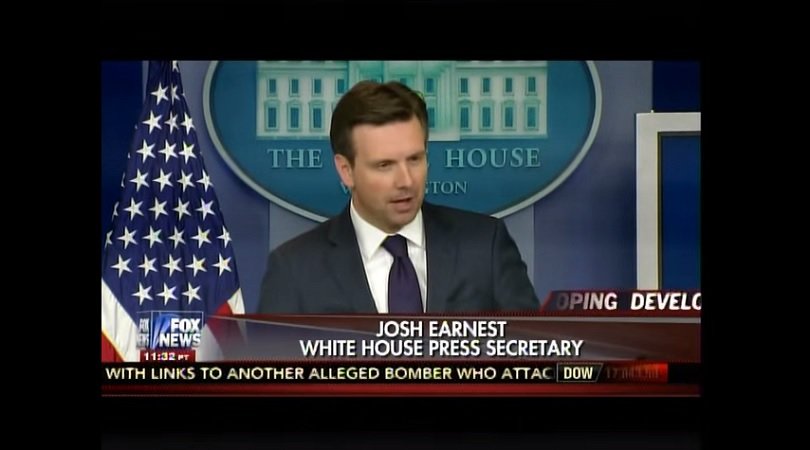 WASHINGTON, D.C., July 22, 2015 (LifeSiteNews) — The Obama administration has taken a firm position on new undercover videos of national Planned Parenthood leaders discussing the harvesting and sale of aborted babies' body parts: It's all a lie.

Rather than dispute whether the abortionists commit partial birth abortions to profit from the sale of human organs, the administration instead echoed concerns raised by a public relations firm hired by Planned Parenthood that the eight-minute-long versions of the videos were misleading.

White House spokesman Josh Earnest said at a press conference today that, while he had not spoken with President Obama about “the actual videos” — and he believed President Obama had not seen either video in question — Earnest was “confident” that Obama had read reports “raising considerable concerns about the way those videos were selectively edited to distort, not just the words of the individuals speaking, but also the position of Planned Parenthood.”

Earnest's words today were longer than his previous statement on the growing scandal. When asked if the Obama administration would consider withholding federal funds from Planned Parenthood over the scandal, Earnest replied curtly, “no.”

The investigative organization the Center for Medical Progress has released both two shorter videos that are eight minutes long, as well as two videos, each roughly two hours in duration, which it says is the full and unedited conversation.

Planned Parenthood has not disputed the legitimacy of the longer, uncut footage.

While the nation's leading abortion provider insists it has done nothing amiss — and described its actions as a “humanitarian” undertaking — right to life advocates, two House Committees, and a growing number of states have launched investigations into whether the fetal organ and tissue “donations” violate state and federal felony statutes prohibiting organ traifficking for “valuable consideration.”

“I’m aware of those matters generally from the media, and from some inquiries that have been made to the Department of Justice, and again at this point we’re going to review all the information and determine what steps — if any — to take at the appropriate time,” she responded at a press conference on Tuesday.

Obama’s spokesman was asked if he’d defund Planned Parenthood: this was his one word response