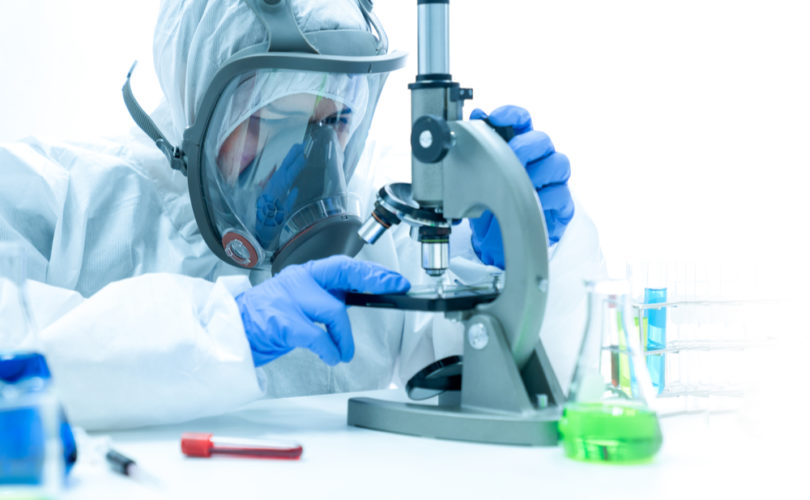 April 6, 2021 (LifeSiteNews) —The World Health Organization (WHO) and dozens of international experts are reviving the claim that COVID-19 initially emerged from a lab in China, even after the release of a widely-criticized report by the WHO that attacked the theory last week.

“Let me say clearly that as far as WHO is concerned all hypotheses remain on the table,” WHO head Dr. Tedros Adhanom Ghebreyesus, who may be facing genocide charges, said on Tuesday. The disgraced organization had published a report in conjunction with the Chinese government calling the lab leak theory “extremely unlikely” earlier that day.

The report followed a tightly restricted visit to the city of Wuhan, where the first known COVID-19 outbreak was identified, by a team of Chinese and WHO-led international scientists in January. Officials had admitted to destroying early virus samples and other evidence of the origins of COVID-19 in China months before the visit.

“In my discussions with the team, they expressed the difficulties they encountered in accessing raw data,” Dr. Tedros said regarding the level of access provided by Beijing. “I do not believe that this assessment was extensive enough,” he continued, saying that lab leak theory “requires further investigation, potentially with additional missions involving specialist experts.”

Tedros’ comments came after quick criticism of the WHO report by the U.S. and 13 other countries in a statement “expressing shared concerns” about the completeness of the inquiry.

Top Republicans have strongly condemned the report, as well. Former Secretary of State Mike Pompeo called it “a sham continuation of the CCP-WHO disinformation campaign” in a post on Twitter.

“It’s why I recommended we leave WHO,” he said. “Dr. Tedros collaborated with Xi to hide human to human transmission at a CRITICAL juncture.” Pompeo added that the Wuhan Institute of Virology, a level-four virus research center nine miles from the market that was once posited as a source of COVID-19, “remains the most likely source of the virus.”

“No evidence” for “fully natural” COVID

Despite the WHO report’s attempt to discredit the theory that COVID-19 escaped from one of China’s notoriously porous laboratories, experts from around the world have renewed support for the lab leak theory in recent weeks.

A coalition of more than two dozen Western scientists, dubbed the “Paris Group,” released a letter last month noting that “there is as yet no evidence demonstrating a fully natural origin of this virus.” The experts slammed the W.H.O. investigation in January as a “compromise” with the Chinese government “based partly on political and other limitations.”

“The team did not have the mandate or access to granular lab records, data, and personnel to an extent that would allow them to confidently evaluate the various hypotheses” and “operated in the context of a broad Chinese State Council gag order,” the group said.

An organizer of the Paris Group, WHO advisor Jamie Metzl, similarly censured the WHO inquiry, telling FOX News last week that the emergence of COVID-19 from “an accidental lab leak” “could very well be possible.”

“[W]hat Wuhan has is China’s only level-four virology institute, the world’s largest collection of bat coronaviruses,” it “was doing dangerous ‘gain of function’ research with a spotty security record, and we have this massive Chinese cover-up that came afterwards,” Metzl said.

For years before the COVID-19 crisis, the Wuhan Institute of Virology had pioneered an ethically dubious type of virus experimentation known as “gain of function” research. In 2014, researchers at the Wuhan lab began work on a project involving genetic modification of bat coronaviruses to make them more transmissible to humans, purportedly to predict future pandemics.

The many coronaviruses catalogued in the institute which may have been used in the project include two with over 96% similarity to COVID-19, Chinese researchers have claimed. A paper published in BioEssays in November reported that the minor differences between COVID-19 and the other viruses may result from “lab manipulation techniques” — findings with which other leading experts have concurred.

“I’m of the point of view that I still think the most likely etiology of this pathology in Wuhan was from a laboratory,” former CDC Director Robert Redfield said two weeks ago. “I do not believe this somehow came from a bat to a human, and at that moment in time that the virus came to the human, became one of the most infectious viruses that we know in humanity for human-to-human transmission.”

The gain of function work in Wuhan that may have led to the creation of COVID-19 was funded by the U.S. government, according to the website of the National Institutes of Health (NIH). The National Institute of Allergy and Infectious Diseases (NIAID), a branch of the NIH led by Dr. Anthony Fauci, has committed more than $1.2 million of taxpayer funding for the Wuhan lab coronavirus project, titled “Understanding the Risk of Bat Coronavirus Emergence,” since 2014.

The project, which is ongoing, has been conducted in partnership with shady New York-based nonprofit EcoHealth Alliance, which is run by Peter Daszak, one of the WHO’s Wuhan investigation team leaders. Daszak notably organized an effective smear campaign against the lab leak theory that helped to shape attitudes towards the theory within the scientific community early in the COVID-19 crisis.