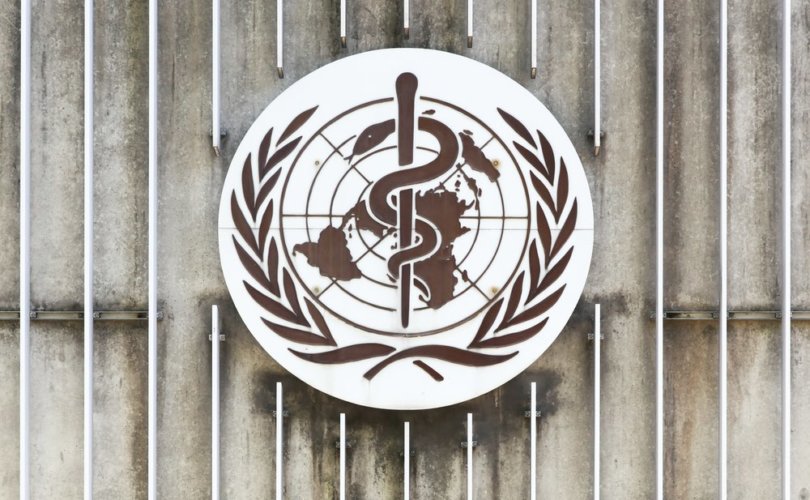 (LifeSiteNews) – The World Health Organization has again rejected calls for COVID-19 booster shots, saying that data “is not conclusive,” days after the Biden administration announced plans to roll out boosters for the “fully vaccinated.”

The UN agency’s statements come amid a wave of breakthrough cases in highly-vaccinated countries, where the novel vaccines have increasingly failed to prevent death or serious illness against COVID-19 variants and have been linked to unprecedentedly high, frequently fatal, adverse reactions.

“We recently had an expert group meeting with scientists from around the world this included researchers, it included regulatory experts from different regulatory agencies, there was consensus that … the data around the need for boosters is not conclusive,” WHO chief scientist Soumya Swaminathan said Wednesday at a media briefing.

“We also don’t know about the safety of boosters,” she continued, “because when we talk about vaccines, it’s not just the efficacy, what happens … when you give a third dose of an mRNA vaccine or any other kind of vaccine?”

“These need to be studied as well, so before we launch into full-scale booster programs for the whole population there are a number of questions that need to be answered.”

Swaminathan added that “putting together all of the evidence from all of the countries around the world, we are not at that point to recommend boosters,” though she indicated that the WHO could reverse its stance in the face of “new variants.”

Earlier this month, the scandal-plagued agency called for a moratorium on COVID-19 booster shots through September, to “enable at least 10% of the population of every country to be vaccinated,” according to director-general Tedros Adhanom Ghebreyesus.

Ghebreyesus doubled down on the WHO’s discouragement of booster programs at a news conference on Monday, saying “there is a debate about whether booster shots are effective at all.” He further claimed that low vaccination rates in certain countries could lead to “more potent variants” and urged countries “to share what can be used for boosters.”

Leading experts, however, have pushed back on assertions that the unvaccinated are driving the creation of COVID-19 variants, instead pointing to the vaccines as a cause of virus mutation.

“There are clearly sources of information to suggest that once we start vaccination and we get more than 25% of the population vaccinated, we will allow one of the variants that’s in the background to emerge because it’s resistant to the vaccine,” board-certified internist and cardiologist Dr. Peter McCullough said in a podcast two weeks ago.

“Just like an antibiotic, once we get to a certain percentage of coverage with an antibiotic, we’ll allow a resistant bacteria to move forward,” he said. Dr. Robert Malone, inventor of mRNA and DNA vaccines, and Nobel Prize laureate Luc Montagnier have raised similar concerns.

Regarding “this ‘if some is good, more is better’ vaccine boosting strategy,” Dr. Malone tweeted yesterday, “I am reminded of the first rule of holes. When you are in one, stop digging.”

He described booster shot strategies as “based on hope rather than data.”

RE: this “if some is good, more is better” vaccine boosting strategy based on hope rather than data.

I am reminded of the first rule of holes.
When you are in one, stop digging.

In Wednesday’s media briefing, the WHO also said that “the vaccines are holding up very well against the severe end of the disease spectrum,” including against hospitalization and death, in the words of WHO immunization chief Kate O’Brien.

Reports this month from some of the world’s most vaccinated nations contradict O’Brien’s statements.

Two weeks ago, ScienceMag reported a devastating rise in breakthrough cases in Israel, where more than 80 percent of those over age 12 are “fully vaccinated.” “There are so many breakthrough infections that they dominate and most of the hospitalized patients are actually vaccinated,” said Uri Shalit, a bioinformatician at the Israel Institute of Technology.

In spite of Israel’s exorbitant vaccination rate, “the country is now logging one of the world’s highest infection rates, with nearly 650 new cases daily per million people,” ScienceMag related. “More than half are in fully vaccinated people, underscoring the extraordinary transmissibility of the Delta variant and stoking concerns that the benefits of vaccination ebb over time.”

Other data out of Israel this month has shown that around 31 percent of those given COVID-19 booster shots, which the Israeli government has already begun rolling out with Pfizer’s jab, have reported side effects. One in 100 has required medical care.

And in a U.K. government report from early August, Brits injected with one or more doses of a coronavirus vaccine comprised at least two-thirds of deaths attributed to the Delta variant. Around 63 percent of the U.K. is “fully vaccinated.”

“We are concerned this pattern of decline we are seeing will continue in the months ahead, which could lead to reduced protection against severe disease, hospitalization and death,” U.S. Surgeon General Vivek Murthy said Wednesday.

“We are seeing concerning evidence of waning vaccine effectiveness over time and against the Delta variant,” CDC director Rochelle Walensky added, highlighting Israel’s data. “Reports from our international colleagues, including Israel, suggest increased risk of severe disease amongst those vaccinated early.”

Both the CDC and FDA said earlier this year that boosters would not be recommended for the virus. With the COVID-19 vaccines appearing to fail against coronavirus variants, it remains unclear what benefits an additional shot would provide.

Besides the United States and Israel, several other industrialized countries, including the U.K., have nevertheless recently unveiled plans for upcoming booster shot programs.