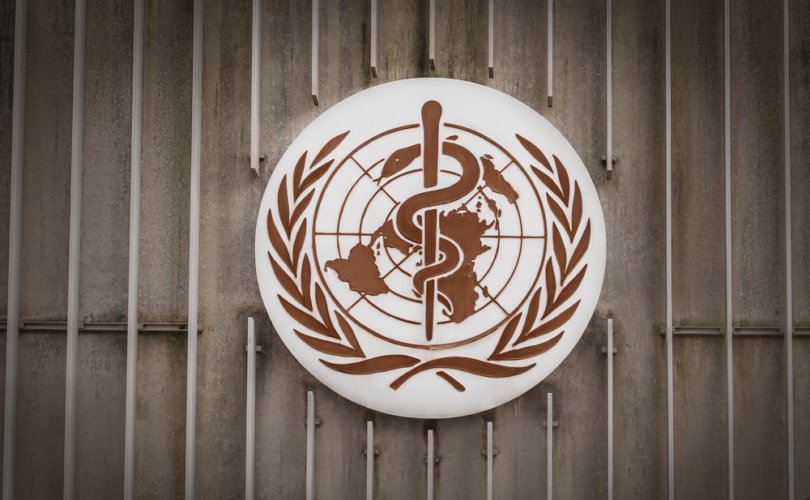 WASHINGTON, D.C., June 19, 2020 (C-Fam) — The World Health Organization (WHO) has updated its guidance on essential medical services during the COVID-19 pandemic, explicitly including abortion to the full extent allowed by law. It also encouraged the expansion of remote or telemedicine distribution of abortion drugs and attention to drug inventory to “meet the anticipated increase in need” for abortions during the crisis.

This interim guidance, released June 1, updates and expands on the prior version from March 25. While the earlier document labeled “services related to reproductive health, including care during pregnancy and childbirth” as a “high priority” category, it did not explicitly mention abortion.

The new guidance, which is more than four times longer, places maternal and newborn health in a completely separate section from the one on “sexual and reproductive health services,” which includes abortion, contraception, and hormonal therapy for “gender-affirming care.”

While the WHO guidance includes the caveat that abortions should be made available “to the full extent of the law,” it also urges countries to “consider reducing barriers that could delay care.” This would appear to conflict with U.S. law that forbids grant recipients to lobby in favor of abortion.

Some countries, including England and France, have already followed this advice, while other European countries and several U.S. states have classified abortion among other nonessential medical procedures that were put on hiatus during the height of the COVID-19 outbreak.

The WHO also offers recommendations regarding the “transition toward restoration of activities” as national lockdowns ease. They urge countries to “regularly assess inventory data” relating to abortion supplies to avoid stockouts when normal services resume and “consider expanding telemedicine mechanisms for medication delivery in contexts where it is proven effective.”

Abortion advocates are expressing hope that temporary measures, like those enacted in France and England, will be continued in the post-COVID world, and serve as an example to other countries. Leah Hoctor, the European director of the Center for Reproductive Rights, told the New York Times that she welcomed the opportunity to normalize self-administered abortions at home: “The fact that these laws and policies were changed quickly in order to respond to the pandemic demonstrates that it is possible to modernize European countries’ abortion laws.”

Yet other countries are continuing to hold the line. Malta, one of the few European nations with strong pro-life protections in law, was praised by the WHO regional director for its public health response to COVID-19, and called “a country to follow.”

Abortion advocates in Malta complained that despite this commendation, the country “fails to follow WHO guidelines on SRHR [sexual and reproductive health and rights],” specifically, abortion. Despite pressure from international organizations, including the European Parliament, and a civil society campaign led by the Center for Reproductive Rights, the Maltese government has not used the pandemic to justify changes to its laws on abortion.

Nevertheless, the high profile of the WHO further emboldens those seeking to create an international right to abortion. The International Federation of Gynecology and Obstetrics summarized its response to the new WHO guidance in several repeated Tweets: “#SRHR services including #abortion are ESSENTIAL.”