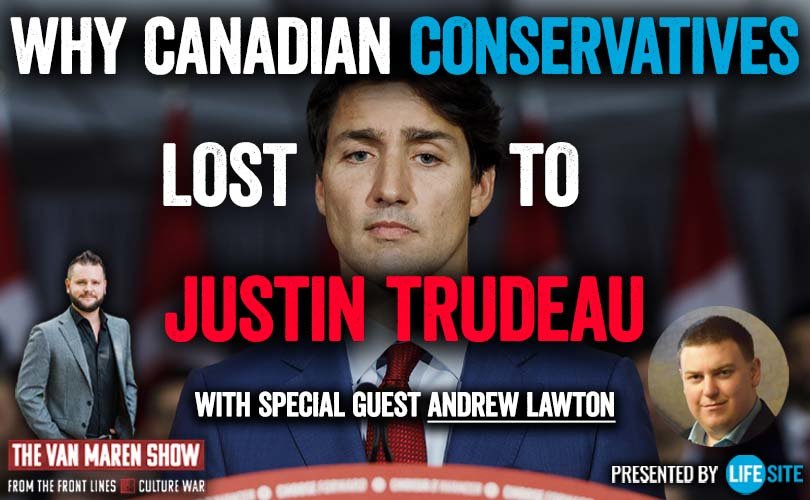 (LifeSiteNews) – In the latest episode of The Van Maren Show, Jonathon spoke with broadcaster and columnist Andrew Lawton to discuss the fallout from Canada’s federal elections Monday. They talked about what the results could mean for the Conservative Party.

Lawton contributed a unique perspective to this conversation. Besides having covered the campaigns closely and in person, he is an advocate for gun rights and wants to make it a key political issue in Canada.

Lawton also spoke on the failures of the Conservatives and their leader Erin O’Toole to come up with policies and strategies that would gain a victory. He said that “the real challenge is that the liberal definitions were sticking more than anything that the conservatives were trying to use to define themselves.”

Moreover, Lawton described how O’Toole and the Conservative Party were not appealing to any of the issues Canadians are facing or to any group within the conservative base. “I don’t really think there was a single group … that was being appealed to except for the group that just wants the Liberals out of power.”

Lawton mentioned that regardless of the election results, he is committed to “keep moving the culture so that a lot of these things that I do care about politically are not so toxic so that there is a base of support if a politician stands up and does something.” He said that he is waiting for a political leader to rise who will not give up principles at the first sign of push-back.