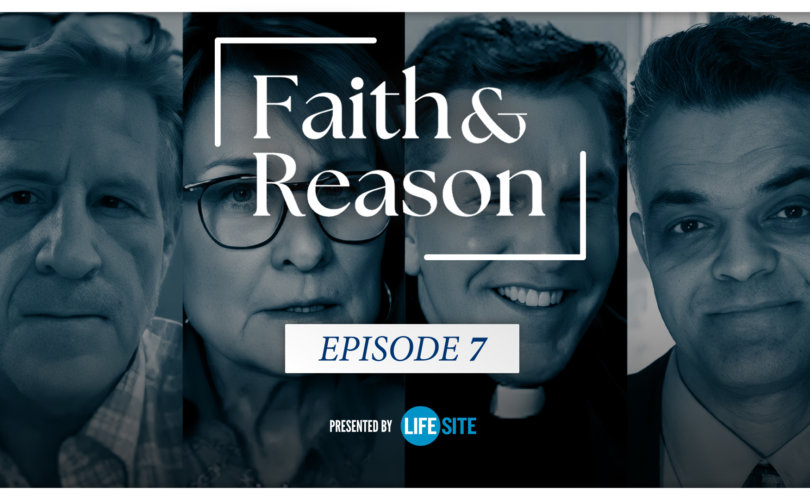 (LifeSiteNews) — On this week’s episode of Faith & Reason, the panel – which this time includes the returned Jack Maxey – discusses Matt Gaetz’s recent challenge of an FBI representative regarding Hunter Biden’s laptop, Jack’s work on the laptop in Switzerland, and how important Jack’s Catholic faith is to him.

This episode was led by Liz Yore, who asked Jack Maxey about the new developments concerning the Hunter Biden Laptop and his own researches into the laptop that he is currently undertaking in Switzerland.

Yore pointed out that the story of the laptop is now breaking in the mainstream media, with the Washington Post publishing two articles on the topic on March 30 and even CNN having to admit that the laptop is authentic and that a serious investigation of Hunter Biden’s financial dealings is taking place in Delaware. Jack Maxey explained that he gave the Washington Post, in June of 2021, a copy of the laptop, from which they are now reporting. Thankfully, they give him credit in their articles.

As LifeSite has reported, that the laptop is back in the news is largely due to Jack Maxey. He had also worked with the New York Times and pressured them to come out with reports on the laptop.

Gaetz asked where the laptop was. It was officially handed over to the FBI in December of 2019 by the computer repair shop owner himself. He had it in his possession after Hunter Biden had abandoned the laptop in his store.

Yore asked Maxey about this matter, and the historian/political analyst said that “I believe that when the FBI left his shop on the 9th of December, they thought they had the only copy, and they buried it.” Maxey calls this burial of the laptop by FBI “the biggest betrayal in the history of America.”

“We need to have open hearings,” Maxey added and stated that “the American people start fighting back.”

Yore honored Jack Maxey, calling him the “most wanted man in the world” because he had the courage to go to Switzerland and work on the Hunter Biden laptop with a team of specialists, even discovering some “450 Gigabytes of erased material,” including 80,000 photos, which the team has not yet even investigated because they are afraid they would find child pornography and then would have to turn the laptop over to police immediately.

Fr. Altman was shocked when he heard from Maxey that his team even found that Hunter Biden had encryption keys of the Department of Defense on his laptop. “But I’m just stunned by the fact that some low-level crack addict has the world’s security in his laptop,” Altman said. “Who else is involved in all this? Well, I hope the laptop shows us.”

After Jack Maxey encouraged Catholics to pray the rosary as much and as often as they can, John-Henry Westen gave the larger perspective to this political corruption. “I think we are at a point, as you said, Jack, where the real solution has to come from Our Lord; there is no human solution to this.”

And Westen referred back to Fatima and the recent consecration of Russia: “In fact, having the world just talking about Fatima, about the consecration of Russia and having that great grace for us. The grace was actually the opportunity to talk about it. What will eventually happen from what was done or what still yet needs to be done, that we can leave up to Our Lord and let Him work that out. We have a role in Fatima as laity. We were told to do the first Saturday devotion.”