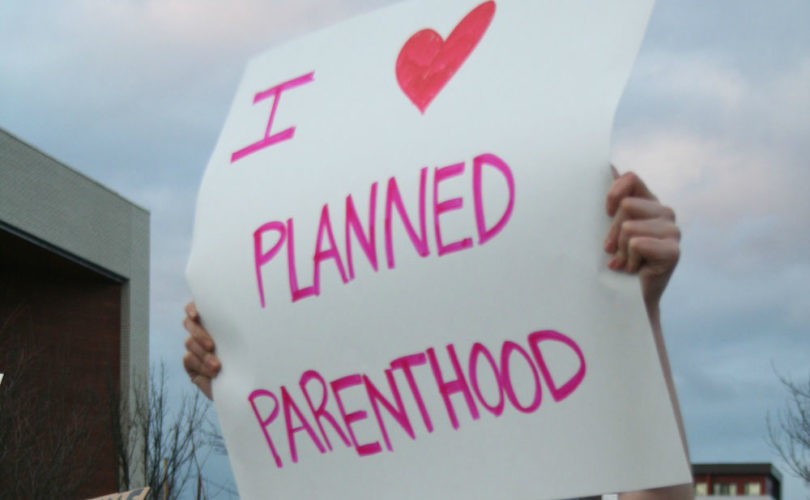 The idea of expanding sex ed was raised during a leaders’ debate sponsored by the St. John’s Status of Women Council. CBC Newfoundland then asked for comment from Planned Parenthood but included no comment from a critic of radical sex ed.

“It should just be done,” said Val Barter, PP’s executive director for Newfoundland and Labrador. “I think it should have been done long ago and I’m happy it’s being brought forward but it just needs to be done.”

The province requires sex education only up to Grade Nine, by which time pupils will have learned about body parts and reproduction, puberty, prevention of pregnancy and of infection with sexually transmitted diseases, and dating and relationships.

But Planned Parenthood wants there to be more about “healthy sexual relationships,” for example, and “respecting boundaries,” reports CBC. Several students told the taxpayer-funded broadcaster that they never heard the word “consent” in years of sex ed, but PP’s client services co-ordinator Julia Rose insists it should be taught from a young age. “Consent needs to be addressed as early as kindergarten, Grade 1, Grade 2, because that’s when kids are learning about boundaries and how to respect boundaries.”

PP also wants sex ed to be taken away from generalist teachers, who are often too shy for the job, and given to specialists, says Rose, “like a physical education teacher, like a guidance counsellor.”

Planned Parenthood and others promoting sex education argue for expansion with the claim they know will appeal to parents, Campaign Life Coalition’s Fonseca told LifeSiteNews, that sex education will steer their teens away from sex. “But it has no positive effects on behaviour,” said Fonseca. “It does, however, have negative effects.”

Fonseca noted that after New Brunswick implemented a new sex ed curriculum in 2000, teen pregnancy, depression, and STD infection rates climbed noticeably, because the inevitable impact of teaching teenagers about sex is that they will do it more, and suffer the inevitable consequences.

Gwen Landolt, vice president of  REAL Women of Canada, agrees. “There are unequivocally no positive outcomes from sex ed,” she told LifeSiteNews.  “Sex ed teaches that it is normal to be promiscuous, it is normal to be homosexual. What sex ed is really about is changing children’s values from those of their parents.”

Fonseca said students should also be taught the evidence from social and natural sciences about how married people are healthier, happier, and more prosperous and their children do better in school.

“What most parents want their children to be taught,” said Foseca, “is that sex belongs with falling in love, getting married, having children in a lasting marriage full of love. But sex educators insist they can’t teach that because it wouldn’t be inclusive. That many people don’t see sex that way. These curriculums contain no mention of love and marriage.”

Landolt, a lawyer, took careful aim at the growing emphasis among sex educators on consent. “They should teach kids one thing about consent: no one under 16 can consent to sex and anyone who encourages them to have sex before 16 is committing a crime. So my question is: if the curriculum calls for discussion of consent with students under 16, are teachers who lead that discussion breaking the Criminal Code?”

Comments on the CBC’s story ranged widely. Someone calling herself “Goodsensegirl,” wholly supported sex ed. “A little solid education and prevention could go a really long way to preventing a wide range of related long-term problems,” she posted. “This is one way we need to start investing in prevention and wellness, rather than paying for crises and ignorance over and over.”

But another poster, calling himself or herself “Social Credit,” argued, “As a teacher in this province, I know that there are far more pressing issues to be addressed in our ‘schooling’ (not education) system, such as reading, writing, critical thinking, or even basic history! There’s no need to overhaul the so called curriculum on a topic that should be left to the parents.”