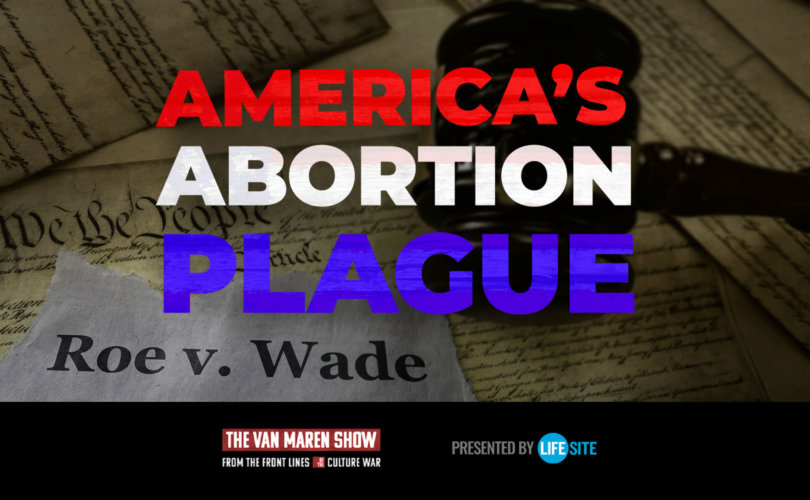 April 22, 2020 (LifeSiteNews) – Abortion has been a controversial topic for decades, but how much do you really know about the history of abortion?

In today’s episode of The Van Maren Show Marvin Olasky, editor-in-chief of WORLD magazine and author of pro-life books, joins Jonathon to discuss the true history of the pro-life movement and what it can teach us about winning the culture war.

Olasky has written one of the greatest collections of abortion history in America, but he wasn’t always pro-life. In college he joined the communist party, traveled across the Soviet Union, and planned to become a Soviet agent after finishing his graduate work. Through numerous small experiences, Olasky came to realize there was a God and moved on from the communist party.

Olasky eventually became an Orthodox Presbyterian and began to realize the importance of every single life. Olasky’s wife started volunteering at a crisis pregnancy center and they both grew in their pro-life convictions. It was these building blocks that laid the foundation for Abortion Rites: A Social History of Abortion in America that was published many years later and is considered a great historical account.

One of the most important things Olasky reminds listeners is that the war on abortion is, at its core, a cultural war, not a political one. Although many people attempt to place most of the blame for widespread abortion on Roe v. Wade, this isn’t accurate.

Abortion was prevalent long before Roe v. Wade, rearing its evil head in fits and spurts based on the cultural landscape at the time. Abortion was an issue in colonial times and continued in prostitution circles long after that. The separatist movement from the 1850s was also very pro-abortion, but by the 1870s, the media was exposing the abortion industry and abortion started to decrease.

During the urbanization of America, abortion resurged as women moved from farms and family to big cities all alone and were seduced and then abandoned by young men.

Olasky highlights the importance the media plays in swaying public sentiment about abortion. When the New York Times ran an undercover piece about abortion facilities in the late 1800s, abortion began to decrease as people started to understand it better.

For decades now, the media has reported mostly positively about abortion, largely ignoring the facts. Even as hard as we fight, there is no denying that abortion is widely accepted in the US.

Roe v. Wade didn’t start the abortion issue and it won’t end it. In order to truly defeat abortion, we must work from the ground up, by changing the culture. Olasky points to the power of compassionate Christians who helped pregnant women throughout history during the times when abortion was at its lowest.

By providing people with the compassionate help centered around what is truly best for them in their dignity as human beings helps make long lasting changes that laws, and governmental programs can’t achieve. Community compassion assists and teaches the poor and encourages them to improve; governmental program provides people with handouts that teach them nothing and only lock them tighter into the cycle of poverty.

Compassionate communities ‘teach a man to fish,’ while government programs ‘give a man a fish.’ Olasky’s books on abortion and on poverty show that they were both at their lowest levels not when the laws were geared at reducing abortion or poverty, but when communities were.

Olasky was a friend of President George W. Bush and met with him many times to discuss abortion and poverty. He advised Bush’s administration on the importance of encouraging compassionate communities, but with the 9.11 attacks, was unable to truly help achieve some of his ideas about poverty or abortion.

Olasky finishes the show by warning people about getting so focused on changing the law that they lose sight of changing the culture. He warns that despite President Trump’s pro-life policy changes, his acerbic personality may be turning many off of the pro-life movement. The long-term impact of souring millions against the pro-life movement could be more detrimental than stacking the courts in the hope of overturning Roe v. Wade.