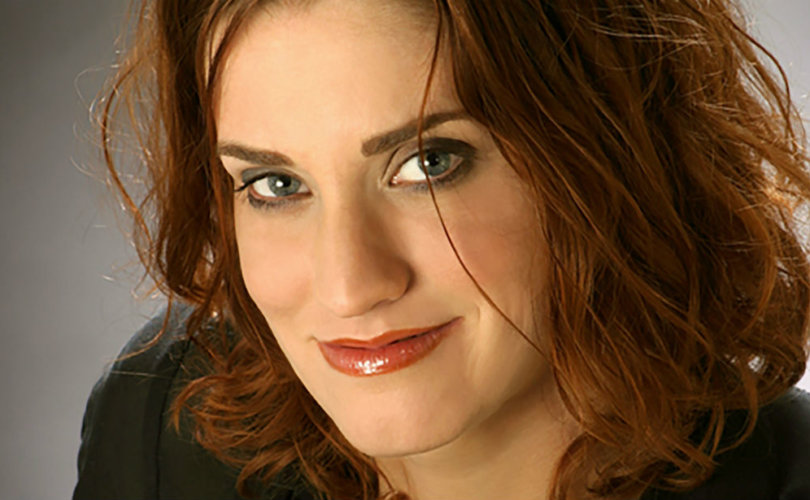 June 21, 2016 (LifeSiteNews) – “I am so mad, hot tears are about to stream down my face,” the well-known pro-life and motivational speaker Gianna Jessen posted on Facebook this week. And she tweeted, “I never thought a pope could make me cry and PLEASE don’t tell me I am really not reading what I am reading.”

Jessen was referring to Pope Francis’ remarks at a pastoral congress on the family for the Diocese of Rome on June 16 in which he said that some cohabiting couples are in a “real marriage,” receiving the grace of the Sacrament.

“I’ve seen a lot of fidelity in these cohabitations, and I am sure that this is a real marriage, they have the grace of a real marriage because of their fidelity,” the pope said. The Vatican provided both video and a transcript of the remarks.

Commented an irate Jessen, who spends a good part of her waking hours motivating teenagers to live in celibacy and wait for what she calls “epic love” with partners who have done the same: “I have a question for Pope Francis. Is my virginity of no value? Does the extraordinary cost of fighting for Epic Love and being mocked for it, not matter in his mind[?]”

“I have paid a cost beyond words, for actual Faithfulness,” she continues. “But no, these folks have not walked the same route. And to act as if they have is a profound insult.”

Later Jessen told LifeSite, “I am a virgin at 39. I have honoured the Lord with my body.” Now the Pope has “flippantly” made “mockery of purity” not only with respect to single men and women still seeking partners who honour their celibacy, but of priests who vow lifelong sexual abstinence. “If I were a priest I would be outraged,” she said.

What the Pope is calling “cohabitation” and “real marriage,” Jessen is sure Jesus calls “fornication” in the Bible.

Jessen was born with cerebral palsy after surviving a saline abortion attempt. She had testified before Congress about abortion several times.

Other prominent Catholic commentators have expressed grave concern with the pope's remarks on cohabition, including well-known canon lawyer Ed Peters, who pointed out on his blog that while one of the pope's problematic remarks was edited in the official Vatican transcript, these were not.

“Largely overlooked amid the furor caused by Pope Francis’ rash claim that 'the great part of our sacramental marriages are null'…was the pope’s later but equally problematic comment about his being 'sure that cohabitating couples are in a true marriage having the grace of marriage,'” said Peters.

“Though multi-facetedly wrong (theologically, canonically, pastorally, socially) the pope’s equating cohabitation (‘faithful’, whatever that means) with Christian marriage did not, mirabile dictu, get edited down to a platitude or deleted completely: his words are still there, 'in queste convivenze … sono sicuro che questo è un matrimonio vero, hanno la grazia del matrimonio…'”

“Let’s be clear,” said Peters, “marriage is marriage but cohabitation (as that word is nearly universally understood in social discourse) is only cohabitation.”