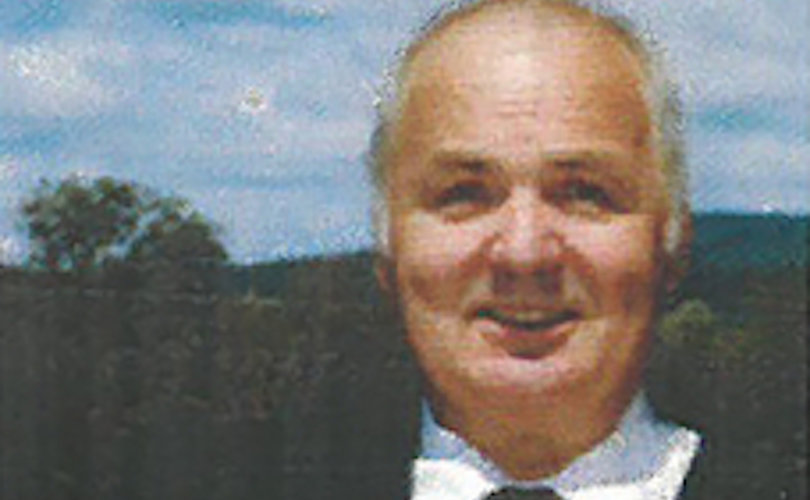 SHAWVILLE, Quebec, September 13, 2017 (LifeSiteNews) — A Quebec woman filed a complaint with provincial authorities alleging doctors at the region’s only hospital refused to treat her husband’s bladder infection because he had cancer.

Herman Morin had a prognosis of more than a year to live and would have begun chemotherapy this month, Mary Lucille Durocher told LifeSiteNews.

But Morin, 65, died five days after he was admitted to Shawville Hospital, according to the complaint Durocher filed July 31 to the Service Quality and Complaints Commissioner (CISSS) of Outaouais.

Dr. Stanislav Drachek told Durocher they would not treat Morin’s bladder infection because “they knew that Herman had cancer in the bone and it was spreading to the liver,” she says in the document.

The doctor told her was “better to let him die from the infection in a week or 10 days than to allow him to live for a year or more and suffer in the final stages from the cancer,” alleged Durocher.

But that was “definitely not mine or Herman’s wishes and we very clearly indicated this to the doctor,” she wrote.

“Herman’s greatest wish was to survive another year in order to watch his daughters graduate from college and university!”

Doctors ‘think they are God’

“I’ve known [Herman Morin] for years, he was a solid guy in his faith,” says Moyle, a priest for the diocese of Pembroke, a far-flung north-central Ontario diocese that includes Allumettes Island, where Durocher lives, and a slice of Quebec east of the Ottawa River.

“He told me ‘I’ll offer my sufferings up with Christ on the cross, I’m willing to accept it because I want to see my daughters graduate from university next year,’ and he was denied this opportunity by the hospital and the doctors,” Moyle told LifeSiteNews.

“The doctors are now presuming to make the decision whether or not the person would have sufficient quality of life, that’s the phrase, to justify the treatment,” Moyle said.

She said she hoped to get a lawyer to intervene, but her husband died before she had time to raise the money.

Her “sincerest hope” was that no one in the future “should ever have to undergo such a horrific, traumatic and life-altering experience.”

According to Durocher’s statement, Morin’s bladder infection was diagnosed at a Fort Coulonge clinic.

He was then transferred to Shawville Hospital for tests to pinpoint what antibiotics he needed, she wrote, but nothing happened.

Moreover, Morin was given the opioid pain medication Dilaudid even though he was wearing a bracelet warning he was allergic to it, she wrote.

He then began “vomiting profusely,” was “unable to eat or drink,” was “given no IV for hydration” and “was no longer lucid,” Durocher alleged.

The Dilaudid was stopped at Durocher’s insistence, but Morin still received no antibiotics. He was also on a dose of morphine “15 times greater” than he had at home, she wrote.

By the fourth day, Morin was “experiencing excruciating pain from his bladder infection.”

As Durocher’s repeated requests for antibiotics were refused, her husband’s condition worsened, his “breathing became extremely laboured,” and he died Friday, June 16, at 3:15, she wrote.

Moyle says he knows of two other patients whose infections were left untreated because the doctors considered them too old or sick.

In one case, the patient died. In the other, the family was able to compel the doctors to treat the infection.

The priest says the situation is worse since Quebec passed the euthanasia Bill 52.

“I’ve had three parishioners diagnosed with cancer at that hospital,” Moyle told LifeSiteNews. “The very first option that was put to them was assisted death.”

Durocher suggests the same in her complaint.

“This is a case where it appears the tenets of Bill 52 may have influenced the actions of some of the medical practitioners involved, although its protocols were not respected,” she wrote.

Amy Hasbrouck, executive director of disability rights group Not Dead Yet and president of the Euthanasia Prevention Coalition, echoes this.

“It’s not that these kinds of outrages don’t happen where assisted suicide and euthanasia are illegal,” she told LifeSiteNews in an email.

But “the message implicit in legalizing euthanasia” is that “society condones the belief that the lives of some people — old, ill and disabled people — are less valuable than others.”

Appears to contravene Code of Ethics and law

Hasbrouck says while Quebec doctors “may refuse to treat patients, except in an emergency,” the alleged incident appears to breach the Quebec Physicians’ Code of Ethics.

Article 23 of the Code states:

A physician who has undertaken an examination, investigation or treatment of a patient must provide the medical follow-up required by the patient’s condition, following his intervention …

Every person whose life or bodily integrity is endangered is entitled to receive the care required by his condition. Every institution shall, where requested, ensure that such care is provided. (Section 7).

LifeSiteNews contacted Drachek, but he declined to be interviewed.

CISSS spokesperson Geneviève Côté couldn’t comment on the specifics of case because of confidentiality but said this is the “first time” the CISSS has received “a complaint of this sort.”

The commissioner is “fully independent” and should respond within 45 days, Côté told LifeSiteNews.

Durocher can appeal to Quebec ombudsman if dissatisfied with the findings and complain directly to the Collège des médecins du Québec, Côté wrote.