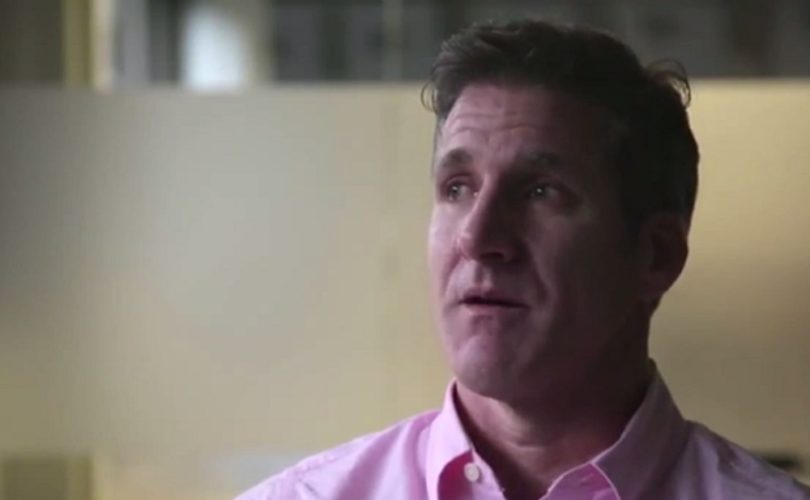 ALBANY, New York, February 29, 2016 (LifeSiteNews) – The widower of a woman used during her terminal illness to advance the euthanasia movement's cause has picked up the “right to die” mantle in the wake of his wife's death, focusing current efforts on New York State.

The late Brittany Maynard's husband, Dan Diaz, lobbied last Thursday before New York lawmakers considering a bill to allow terminally ill individuals to request euthanasia drugs from a doctor, according to a report from ABC News, invoking Maynard to push the legislation.

“Last year, 24 states introduced legislation, and in almost all of them, they mentioned Brittany,” Diaz stated to the press. “The impact she had … she was the star. I'm just doing what I can.”

Diaz now lobbies full-time for the “right to die,” which he said provides him an element of healing after his wife's death.

“It's tough. It's emotional,” Diaz said. “I'm honoring my promise to Brittany. And there is a certain amount of therapeutic value to me.”

Maynard's case was seized upon and exploited by the euthanasia movement in 2014, causing the then 29-year-old's personal struggle with a diagnosis of terminal brain cancer to gain international attention.

The media storm began after Maynard made a YouTube video for the pro-euthanasia group Compassion and Choices, formerly the Hemlock Society, to promote legalized assisted suicide, which was then legal in Oregon, Washington State, and Vermont. The pro-euthanasia group was later found to have taken thousands of names of individuals who had been misled into signing a sympathy card for Maynard and using them without the signers' knowledge or consent for a petition pushing legalized assisted suicide.

After her plight became known, Maynard was showered with support from pro-life supporters urging her to change her mind and put her last days in God's hands, including another woman dying of cancer who penned an open letter to her.

The couple remained resolute in the quest to end Brittany's life.

They moved from California to Oregon to legally do so by taking advantage of Oregon's assisted suicide law. While Brittany Maynard released a subsequent video just prior to her planned death date stating she may not follow through on the designated day, Maynard committed suicide November 1, 2014, with a fatal dose of barbiturates.

California has since legalized assisted suicide. Montana allows it via court ruling.

The New York legislation advocated by Diaz last week would permit terminally ill individuals to request euthanasia drugs from a doctor, with two doctors needed to certify that the patient is competent to make that decision. Physicians could refuse to take part for any reason, and two witnesses would be required when the terminally ill individuals complete their formal written requests.

New York's State Senator Diane Savino, D-Staten Island, who is sponsoring the bill in the Senate, said many legislators prefer not to discuss this issue, stating, “It's death; it's icky. People say, 'Do we have to talk about it?' The truth is, we do.”

New York's extreme pro-abortion governor, Democrat Andrew Cuomo, said he'd want to carefully review the bill's details prior to making a decision whether he would support it, stating, “It's obviously complicated and controversial.”

The New Yorker's Family Research Foundation's president, the Reverend Jason McGuire, said that although Diaz is a sympathetic figure, lawmakers must consider the issue without emotion.

Diaz maintained he would continue to talk about Brittany Maynard, how she lived, and the way in which she died because, he said, he wants to de-stigmatize the debate.