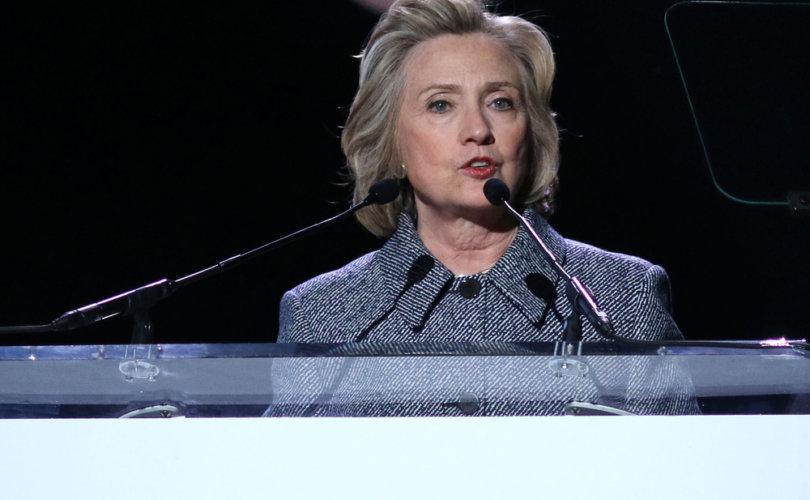 October 28, 2016 (C-Fam) Recently released Wikileaks emails show that President Obama wanted to fund abortions overseas, a clear violation of longstanding US law and policy, but that he nonetheless wanted to allow for conscience protection for doctors reluctant to perform abortions. Abortion groups apparently blocked that effort, insisting that doctors be forced to perform abortions. Emails show that Hillary Clinton intends to give abortion advocates exactly what they want, US funding of abortions overseas and striking down all conscience protections.

The news came to light in emails between long-time Clinton advisor Jennifer Klein and Clinton campaign chairman John Podesta. Klein said Planned Parenthood and other abortion advocacy organizations told her that White House staffer Tina Tchen let them know privately of the administrations intention to change its interpretation of the Helms Amendment, the 43 year-old law that forbids funding or promotion of abortion overseas.

Abortion groups have pressured the Obama administration for years to reinterpret the law.

Klein told Podesta, “The [White House] was prepared to go forward, but with two notable limitations. First, that any organization with a religious or moral objection would not be required to provide, pay for or refer for abortion. Second, that an organization that does not provide abortion services could not be discriminated against in the solicitation, application or granting of foreign assistance funds.”

“I have also heard that after listening to the strong concerns of the advocates, this may not be going forward,” Klein said, and added, “Both of these [limitations] pose problems, and in my view, leaving Helms intact is a better alternative at the moment. The conscience clause is at best odd and at worst harmful.”

Clinton has gone on record that she intends to change the long-standing interpretation of the Helms Amendment. Klein indicated she would go farther and make no accommodations for faith-based groups.

“I’d even go one step further to argue that if Helms were amended so that abortions could be paid for in cases of rape, that factor should be considered in the application given the reality that in many parts of the world, the USAID grantee is going to be the only health care available,” Klein said.

Klein also said the conscience protections were a problem as “a matter of politics” for Clinton, apparently a reference to her campaign for the U.S. presidency.

Clinton has targeted religious groups as a barrier to abortion access. She told attendees at a 2015 women’s summit that “deep-seated cultural codes, religious beliefs and structural biases have to be changed” to give women “reproductive health care,” a term she told Congress includes abortion.

Clinton advisor John Podesta has come under fire since Wikileaks revealed his attempts to instigate a “revolution” in the Catholic Church. According to emails, he set up at least two organizations funded by billionaire George Soros for the purpose of sowing dissent within the ranks of the faithful on Church teachings.

Klein has been a close advisor to Hillary Clinton since 1993. She was a Deputy and Senior Advisor in the Office of Global Women’s Issues in the Office of the Secretary of State from 2009-2012, advised Clinton during her 2008 presidential campaign, served as Clinton’s domestic policy advisor when she was First Lady from 1993-1999 while a staff member for President Bill Clinton. She is an adjunct professor of law at Georgetown University focusing on women and girls health.