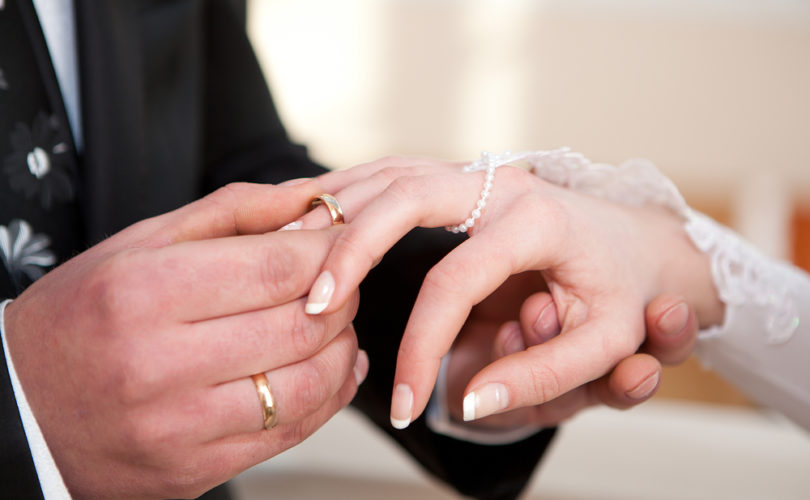 October 13, 2020 (LifeSiteNews) – Wikipedia has forbidden the use of “userboxes” denoting support of traditional marriage and opposition to homosexual “marriage” on editor profiles.

Userboxes are small badges that can be placed underneath an editor’s profile to give certain information about him, as well as his positions on various topics. Recently, Adam Cuerden, one of many editors on the online encyclopedia, proposed that a userbox stating “this user believes marriage is between one and one woman” should be deleted.

“Most userboxes pre-dated a U.S. Supreme Court decision legalizing gay marriage and were used by hundreds of editors. This included one expressing a personal view favoring traditional marriage, but advocating for states to decide,” Breitbart explained in a lengthy article that described increased censorship at Wikipedia.

He added that “I honestly can’t see how this could possibly be anything but inflammatory, [sic] divisive political/religious advocacy, and is pretty explicitly homophobic.”

Cuerden swiftly continued by providing a list of other userboxes to be deleted, all of which expressed their opposition to same-sex “marriage” or support for traditional marriage.

The claim was made that pro-traditional marriage userboxes violated the code of conduct regarding userboxes, which states that “Userboxes must not be inflammatory or divisive. Wikipedia is not an appropriate place for propaganda, advocacy, or recruitment of any kind, commercial, political, religious, or otherwise, opinion pieces on current affairs or politics, self-promotion, or advertising.”
One of the many users agreeing with Cuerden responded, “Wikipedia is no place for advocacy toward bigotry.”

Another editor declared that pro-traditional marriage userboxes were excluding LGBT individuals from the site. “It’s clear they exist as reactionary impulse against LGBTQ rights and the existence of those userboxes would likely make LGBTQ editors feel unwelcome or substandard if encountered on other user’s pages.”

The discussion continued along similar lines in defense of removing the traditional marriage userboxes, with many voicing opinions such as “All these divisive userboxes advocating against other’s human rights and inclusive marriage need to be deleted.”

Opponents of the move to delete the userboxes pointed out that freedom of speech must be maintained. One contributor noted that the phrase “this user believes marriage is between one and and one woman” was not homophobic and merely a declaration of a personal belief. He mentioned that it “reflects nothing more than a personal belief and/or position towards family values and the institution of marriage, and it would be a stretch to say everyone who has that belief advocates for discrimination against same-sex couples.”

The user, termed as “Dps04,” further observed that the phrase “’This user opposes the legalization of gay marriage’ is a position that people in a free society should be able to take, and the sentence on its own, again, by no means incite hatred against people who hold the opposing view.”

Another critic of the change declared that “If an editor is in compliance with our core policies and guidelines when editing articles and discussions, why shouldn’t they be able to have a userbox displaying their personal political/religious beliefs, if it doesn't negatively affect their editing and discussions.”

Responding to these critics of the proposed userbox deletion, one editor under the username “Guy” described defendants of traditional marriage as “bigots,” and argued that as such they should not be welcome on the website. “As it turns out, some people are concerned that Wikipedia offer a welcoming and inclusive environment. But not to bigots.”

Questioned as to whether he meant to drive away supporters of traditional marriage, “Guy” responded, “If they define themselves by bigotry, sufficiently strongly to add a userbox, then absolutely. They go to Conservapedia.”

The editor went further by relating the issue to the Black Lives Matter movement and claiming that a stance in defense of traditional marriage was equivalent to promoting racial inequality.

Going under the name of “GorillaWarfare,” another editor stated that Wikipedia has already picked a side in the debate on same-sex “marriage.” She declared, “We have picked a side, which is that LGBTQ Wikipedians are welcome here.”