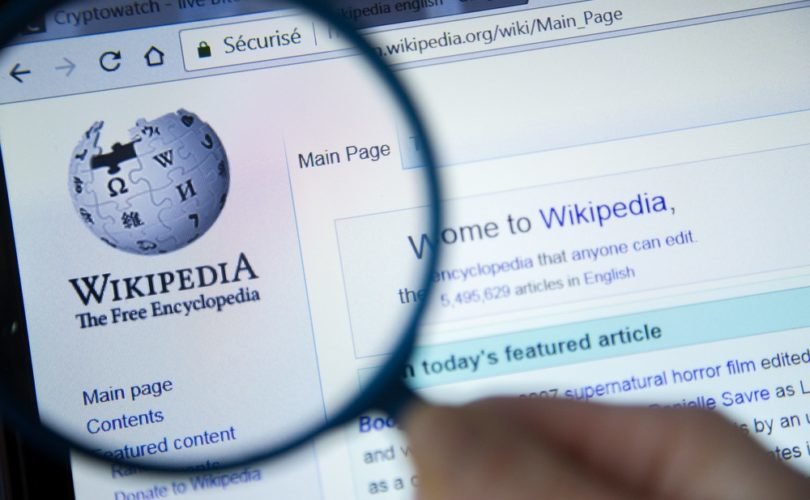 (LifeSiteNews) — Wikipedia is considering deleting an article that highlights the brutal mass killings committed by communist regimes, citing “multiple issues” with the content of the page, including disputed “neutrality.”

The editable web encyclopedia flagged the article entitled “Mass killings under communist regimes” for potential removal, adding a heading detailing the “issues” some volunteer editors have found with the page.

Among the “issues” cited by Wikipedia justifying the possible erasure of the article are alleged problems with the page’s “neutrality” and “accuracy.” Wikipedia also contends that the page “possibly contains synthesis of material which does not verifiably mention or relate to the main topic.”

Wikipedia considering deleting this article. Seems to me it’s a worthy subject for people to be aware ofhttps://t.co/ElqPVQIc5n pic.twitter.com/c7QxM1WiU6

The article targeted for removal summarizes the “executions, deaths from man-made and intentional famines, as well as deaths that have occurred during forced labor, deportations, or imprisonment” under communist regimes both current and historical, including the Soviet Union, the People’s Republic of China, and the communist government of East Germany after World War II.

Topics addressed in the article include the Red Terror, in which the Russian Bolshevik regime killed or deported an estimated 300,000 to 500,000 Cossacks between 1919 and 1920, and Mao Zedong’s Great Leap Forward in the 1940s in which tens of millions of Chinese people were killed through execution, torture, and deliberate famine.

Some experts estimate that roughly 100 million people have been killed under communist brutality.

Wikipedia contributors have engaged in rigorous debate about the article on the site’s discussion page, with one editor arguing that the entry detailing communist mass killings exists “purely to advance extremist anti-communist narratives against political alternatives which have been embraced by hundreds of millions of people all over the world.”

Another user interested in eliminating the page suggested that “the view that the ideology of communism is somehow inherently violent” is a “fringe” theory designed to advance an “anti-communist” perspective, The Telegraph noted.

The contributor went on to argue that the article synthesized material to make a claim that killings committed under communist regimes were linked to the ideology of that government.

In contrast, a contributor who opposed the deletion of the site argued that linking the genocides committed under communist regimes to the regime’s ideology itself is only considered “controversial” because “many Wikipedia editors are at least Communist-adjacent.”

“Nobody seriously debates the correlation between Nazism and the Holocaust,” the editor remarked.

Cambridge historian professor Robert Tombs spoke to The Telegraph in response to the controversy about the Wikipedia article, contending that the suggested erasure of the page is “morally indefensible” and “at least as bad as Holocaust denial, because ‘linking ideology and killing’ is the very core of why these things are important.”

I have read the Wikipedia page, and it seems to me careful and balanced,” Tombs told the British news outlet. “Therefore, attempts to remove it can only be ideologically motivated – to whitewash Communism.”

“Already, this appalling history is downplayed,” Tombs continued, noting that “in Britain, schoolchildren are much more likely to study the Third Reich than the Soviet Union.”

Social media users were quick to decry Wikipedia’s moves toward deleting the page, calling the potential shutdown of the page “Orwellian” with Middle East security analyst Seth Frantzman arguing that “Soon any negative mentions of Stalin will be scrubbed.”

“If Wikipedia gets away with this, there will surely be attempts to delete pages involving the Armenian genocide, the Holocaust, and many other mass atrocities,” suggested attorney Elliot Hamilton. “This slippery slope cannot stand.”

The New York Post’s Jon Levine also pointed out than another Wikipedia article entitled “Crimes against humanity under communist regimes” has also been flagged for allegedly containing “multiple issues.”

Levine discovered that in contrast, a different Wikipedia page detailing the killings of communists or communist sympathizers has not been hit with a similar warning label.

Critics have long slammed Wikipedia for allegedly presenting information in a manner biased toward the political left.

Wikipedia co-founder Larry Sanger came out against the site earlier this year, arguing that the encyclopedia now promotes “propaganda” and censors “anything that is contrary to the establishment.”

Noting that Wikipedia “completely ignores any conservative, libertarian, or critical treatment” of certain subjects, Sanger explained that while the platform did not start out with a left-leaning bias, a decade ago “as liberals, or leftists made their march through the institutions, Wikipedia became one of those influential institutions. They started their march and basically took it over.”

According to Sanger, the online encyclopedia’s treatment of topics such as socialism are not education but “propaganda.”

Wikipedia’s other co-founder, Jimmy Wales, does not share Sanger’s dissatisfaction with the alleged bias of the site.

Per previous LifeSiteNews reporting, in the wake of former President Donald Trump’s ban from social media platforms after the riot at the U.S. Capitol on January 6, Wales accused Trump of spreading disinformation and being abusive.

Wales hinted that Big Tech should have censored the former president earlier, saying the massive corporations that routinely censor conservative voices “did a poor job of dealing with him for a very, very long time. He was clearly spreading disinformation. He was clearly being abusive to people.”

The comments came after Wikipedia banned editors from displaying “userboxes” that would demonstrate opposition to same-sex “marriage” and support for traditional marriage in October 2020.

Userboxes supporting traditional marriage were deemed to be “inflammatory or divisive” and promoting “bigotry.”