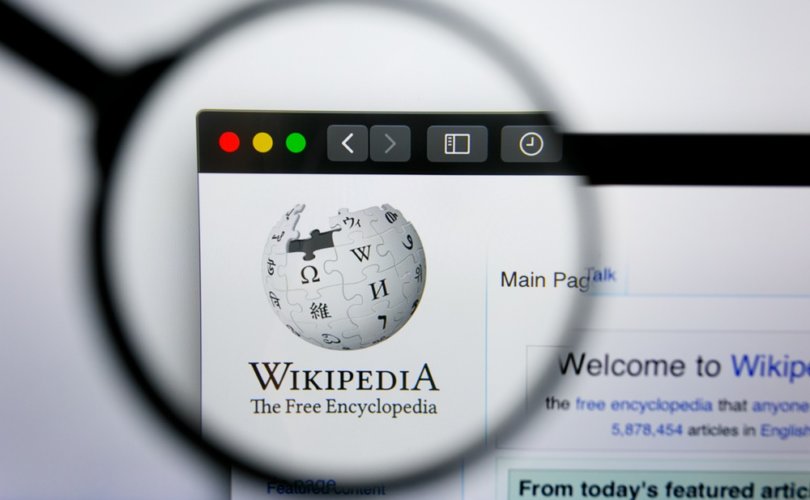 The investigation was published in a lengthy Twitter thread on Monday and has since garnered over 33,000 likes and nearly 10,000 shares.

This is an incredibly eye opening thread 🧵 https://t.co/hkTqlnIHKW

In the thread, Twitter user “echetus” argues that Wikipedia asks for donations to support the site but actually sends large amounts of money – at least partially from those donations – to support nonprofit organizations that may not reflect the values of readers.

The investigation highlights the fact that Wikipedia’s parent corporation, the Wikimedia Foundation (WMF), “has exploded in size in recent years,” and increased its spending from just $10 million in 2010 to a whopping $112 million by 2020.

“This suprised [sic] me, seeing as Wikipedia seems to be functionally the same website it was 10 years ago,” echetus said. “So what explains this huge increase?”

According to the investigation, the increased spending isn’t just to accommodate higher costs of operation, but rather to bankroll other organizations and pay the salaries of employees hired to facilitate the process.

In a decade, Wikimedia’s spending has soared: from $10 million in 2010 to $112 million by 2020.
This suprised me, seeing as Wikipedia seems to be functionally the same website it was 10 years ago. So what explains this huge increase? pic.twitter.com/X5zr9qUeI0

The WMF has been open about its support for left-wing social advocacy groups.

In 2020, the WMF publicly announced the launch of its so-called Knowledge Equity Fund, earmarking $4.5 million to ”support knowledge equity by addressing the racial inequities preventing access and participation in free knowledge.”

While Wikipedia claims to support “neutrality” in its encyclopedia entries, the so-called Knowledge Equity Fund has explicitly affirmed its belief in a white supremacist caste system, and expressed its commitment to “racial equity,” defined as: “shifting away from Eurocentricity, White-male-imperialist-patriarchal supremacy, superiority, power and privilege to create an environment that is inclusive and reflects the experiences of communities of color worldwide.”

To illustrate the type of organization that has raked in funding from Wikipedia, the Twitter thread spotlighted two organizations that have been granted hundreds of thousands of dollars via the Wikimedia Foundation.

One such group is the The SeRCH Foundation, which received $250,000 from the WMF.

The SeRCH Foundation’s website employs a host of radical left-wing racial and sexual cliches, stating it focuses “on the representation, cultivation and amplification of the voices and experiences of persons of color and other marginalized bodies … ” using “an intersectional framework to engage the overlapping identities and discrimination that marginalized communities… ”

“Through The SeRCH Foundation, Inc. we will keep building, keep pushing and keep making space for not only women of color, but all people of color, non-gender conforming folks and others who live lives that are too-often marginalized in STEM and society,” the nonprofit pledges.

In the videos they discuss issues in science like objectivity (they’re against it) and bias (they’re in favour).

There’s been one new video in the last year. pic.twitter.com/tCpe5Uu0uw

Another organization to receive a quarter of a million dollars from WMF was Borealis Philanthropy’s Racial Equity in Journalism Fund.

Like The SeRCH Foundation, Borealis is explicitly political. The group promises that its “community organizers” are dedicated to bringing about “transformational change” ranging “[f]rom Black-led movement-building, to queer and trans liberation, to disability justice and inclusion.”

In a news release put out just before the Supreme Court overruled Roe v. Wade, Borealis issued a call for “radical change” and investment in “a Future Led by Trans, Queer, and BIPOC Reproductive Justice Organizers.”

Thus, the money you give to keep Wikipedia online is diverted to bankroll the inescapable American culture war.

In the Monday Twitter thread, the author argued that the Wikimedia foundation’s grantees symbolize “an advanced industry of NGOs, charities, and foundations” that “funds so much of the weirdness in our daily lives.”

“A caste of activist-professionals have emerged, which inevitably capture any non-profit with spare cash,” echetus said, characterizing such an industry as “The Blob: a powerful but inconspicuous force that has given us the dysfunction of the 21st century.”

Concluding the thread, the author argued that while “Wikipedia is an amazing and important website,” it has plenty of funding to “stay online, improve and [grow].”

The donations it rakes in, meanwhile, are being used “to fund one side in the United States’ culture war.”

Wikipedia’s leftward slant isn’t new. Wikipedia co-founder Larry Sanger came out against the site last year, arguing that the encyclopedia now promotes “propaganda” and censors “anything that is contrary to the establishment.”

Noting that Wikipedia “completely ignores any conservative, libertarian, or critical treatment” of certain subjects, Sanger explained that while the platform did not start out with a left-leaning bias, a decade ago “as liberals, or leftists made their march through the institutions, Wikipedia became one of those influential institutions.”

“They started their march and basically took it over,” Sanger said.

In October 2020, Wikipedia banned editors from displaying “userboxes” that would demonstrate opposition to same-sex “marriage” and support for traditional marriage, arguing they were “inflammatory or divisive” and promoted “bigotry.”

Last year, Wikipedia co-founder Jimmy Wales expressed support for the widespread banning and censorship of Donald Trump, even suggesting that Big Tech should have throttled his reach earlier.

Wikipedia did not immediately respond to LifeSiteNews’ request for comment. This article will be updated if comment is provided.