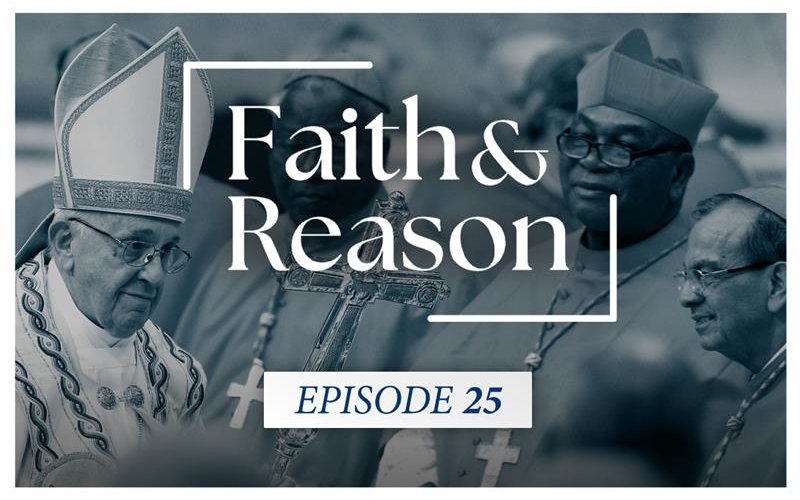 (LifeSiteNews) — After a break last week due to the 25th anniversary celebrations of LifeSite down in Naples, Florida, this week’s Faith & Reason episode had a “full house,” in John-Henry Westen’s words, with all four members present.

This week’s episode is packed with content since so much has happened in these last two weeks. Archbishop Rembert Weakland’s death is a topic, as is The Atlantic‘s attack on the Rosary, the rumors swirling around concerning the upcoming August 27 consistory in Rome, the assassination attempt on the Russian philosopher Alexander Dugin, as well as Dr. Anthony Fauci’s resignation.

Liz Yore starts the show by discussing the death of Archbishop Rembert Weakland of Milwaukee, a self-professed homosexual who paid hush money to a former lover, promoted homosexual priests, and covered up numerous sex abuse cases.

“The death of the 95-year-old Rembert Weakland, the former archbishop of Milwaukee,” Yore states, “is an opportunity for all of us to reflect on the damage that this archbishop did to the Church in America, specifically in the Midwest.” On top of his moral corruption, Weakland “attacked the Gregorian chant, ensured that the Old Mass would not be replicated” and “he really pushed hard for abolishing the Gregorian chant.”

An added scandal about Weakland’s death was that Father James Martin praised him as a “gifted pastor” on Twitter and called him a “friend,” though he had to delete that message due to the strong backlash he received.

For John-Henry Westen, the “incredible damage” caused by Weakland “is almost unfathomable.”

— Article continues below Petition —
PETITION: We won't give any money to liberal bishops who attack the Faith
Show Petition Text
10239 have signed the petition.
Let's get to 12500!
Thank you for signing this petition!
Add your signature:
Show Petition Text

Jack Maxey returns to the fact that Weakland fought against the traditional Latin Mass and he sees a “common thread here” among people such as Weakland, Martin and Pope Francis, “their hatred of the Latin liturgy.” Here, he points out that “the devil hates Latin.”

Putting this struggle in a larger context, Maxey continues:

[Archbishop] Viganò just said a week or so ago that the children of light far outnumber the children of darkness. And the children of light used to be bound by their shared experience in the Mass through the Latin liturgy, which bound them in a common language of faith for all four corners of the globe. And these same people who are promoting these other evils in the Church are suppressing that thing that bound the faithful together for over 2000 years.

Maxey now is learning to pray the rosary in Latin, based on this very insight. John-Henry Westen raises then the question of The Atlantic‘s August 12 attack on the Holy Rosary, claiming that is now being used by “extremists” and comparing it with the AR 15 of the nationalists in our country.

For Liz Yore, it is clear that “the enemy has identified our weapon.” She holds up a rosary and calls it her “AK 15,” a combination of AK 45 and AR 15. This article is helping Catholics now to rediscover the importance of praying the Holy Rosary.

“If we don’t know the power of our rosary,” Yore says, “it’s time to do so. And and I think these sacramental beads are going to be helping all of us in fighting to restore our faith, to restore church, to restore our society.”

Jack Maxey adds that the Blessed Mother represents the family, the Holy Family, but also Motherhood. She stands for all the virtues that the feminists hate, “all of the virtues that we have created over 2,000 years and extolled among our womanhood. And now we’ve seen all of the things that she represents undermined for 50 years.”

“The Mother of modesty, humility, purity. Of course they want that killed,” John-Henry Westen adds.

Father Altman wonders “why is it that the bishops of the United States, why isn’t it that the nuncio, why hasn’t Jorge Bergoglio himself, stood up and defended this attack on Catholics? I mean, it’s a direct, full frontal assault on Catholics.”

Liz Yore calls upon us, in light of this attack on the rosary, to “go public” and to display and pray the rosary in public places, in our cars and in our neighborhoods.

In light of the upcoming consistory on August 27, where Pope Francis will elevate 21 more clergymen to the cardinalate – among them the controversial Bishop Robert McElroy – Yore addresses the rumor that Francis could resign and appoint his own successor.

The Pope is going down to Aquila in Italy, which is the place that Pope Celestine [V] went to. And I think there was a healing ceremony, forgiveness ceremony that he started back in the 1200s, and that’s where Celestine said that it was all right for the Pope to resign. And lo and behold, Pope Celestine resigned. So there’s speculation that Pope Francis is going down to Aquila to duplicate the resignation. I don’t know. I have my doubts. Joan Lewis, who is really a Vaticanista and has seen a lot of the writing on the wall, says there’s all sorts of activity going on, documents being signed and promoted, people being appointed, positions being filled. This consistory itself is a sign, she thinks. So we will see.

Despite the fact that the Pope is stacking the deck more and more in favor of a “Pope Francis II,” Father Altman reminds us that we have not yet witnessed the “death of the Church.”

“This is just my opinion that we have not yet experienced Good Friday as apostles, as faithful Catholics. We have not yet seen the Good Friday of the Church.” And so Father wants us to be prepared that things still will get worse in the Catholic Church. “We better hold fast to the truths of the faith, the unchanged, unchangeable truth.”

With regard to the recent assassination attempt on Alexander Dugin, a Russian philosopher thought to be important for President Vladimir Putin, Jack Maxey explains that it might lead to an acceleration of the conflict between Russia and the West, but that at the same time, some European countries such as France are already feeling the damages coming to them from the sanctioning of Russia – especially in the energy sector – and might actually be more open to an appeasement policy. “Europe is absolutely suffering.”

Liz Yore ends the episode with comments on Dr. Fauci’s resignation. “Frankenstein Fauci finally resigns,” she states. “It’s almost impossible to categorize all the pain, suffering and death he caused” with the lockdown policies and vaccine mandates.

“This man, in his arrogance, is going to be hopefully held accountable by the world for his absolute destruction and genocide of the world,” Yore concludes.