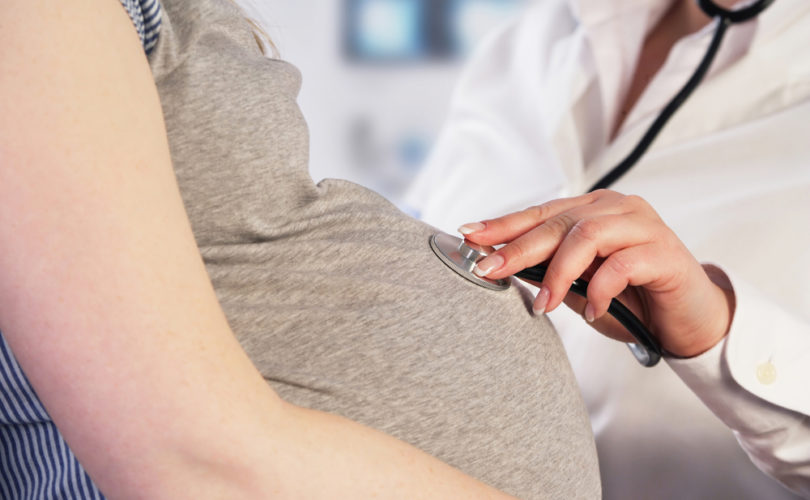 May 17, 2018 (Pregnancy Help News) – When Mayor Pete Buttigieg vetoed a rezoning bill to allow a pregnancy center to open near a proposed abortion facility in Indiana, he said he believed having the center there “would not benefit” the neighborhood.

But weeks before, multiple women had sent letters to the South Bend City Council, stating the exact opposite.

Women's Care Center, which has 28 locations in 10 states, has been serving women, men and children across the U.S. for the last 34 years.

With their current South Bend location bursting at the seams, the organization initiated the process of opening a new location.

On April 10, about 200 Women's Care Center supporters, ranging from doctors to clients to staff, packed the hearing room where City Council was considering the measure to rezone the area.

Numerous testimonies had been submitted to City Council, including one from Auchanti, a former client of Women's Care Center.

In a letter, she told the council members about her own experience.

“Women's Care Center is a place that immediately makes you comfortable,” Auchanti wrote. “My counselor talked to me about all my options. This was so important. I didn't even realize I had options. All I knew was I could either abort or not. Nobody ever tells you what else is out there, what else you can do. They were so helpful.”

Auchanti, who lives in the neighborhood the new location aimed to serve, says this kind of support is rare.

“You know, I've lived in a lot of cities, and they don't have places like this. Ones that really help you. That tell you all your options,” she wrote. “Most women in these situations have to keep it to themselves, do it all on their own.”

Because of Women's Care Center, Auchanti didn't have to do it all on her own. The center even threw her first baby shower for her.

Auchanti's letter provides a stark look at the reality many abortion-vulnerable women face—a reality where they feel trapped, utterly deprived of the very thing the abortion lobby promises them: choice.

Rather than protecting the good of the neighborhood, Mayor Buttigieg's veto further ensnares women like Auchanti, cutting them off from the last-minute chance to find real help and options.

Catherine, another former client, outlined how the broader community could benefit from the center as well, pointing out how the center's parenting classes on issues like safe sleep could help combat the county's infant mortality rate.

Apparently, the magnitude of support that clients like Catherine and Auchanti receive from Women's Care Center wasn't enough to sway Buttigieg.

But next week, Women's Care Center may have another chance at passing the rezoning measure when City Council, which initially passed the bill 5-4, considers a veto override. When they do, they should pay special attention to the real women and children whose lives the organization has impacted.

According to Ann Manion, president of Women's Care Center, right now, 1,438 babies are expected to their clients in South Bend and Mishawaka, a neighboring city. Furthermore, she says, two out of every three babies born in South Bend start with their centers.

Pictured below are the faces of just some of the children the current South Bend location has helped bring into the world.

Still, in his letter to Women's Care Center informing them of his decision, Buttigieg said, “In my judgment, the neighborhood would not benefit from having the zoning law changed in order to place next door to each other two organizations with deep and opposite commitments on the most divisive social issue of our time.”

Though he did acknowledge the overall value of Women's Care Center to the community, he believed that locating it right next to an abortion facility would result in violence and harassment.

But Manion says there has never been an instance of violence in the 22 times one of their centers has opened next to an abortion facility.

Not only that, the proposed abortion facility hasn't even been approved for opening yet. In fact, in January, the Indiana State Department of Health denied its license.

Based on that fact alone, Buttigieg is making a big assumption: that the abortion provider will eventually get its license. Though he insists he's just striving to apply the law without bias, he is essentially choosing winners and losers—and his winner already lost.

Moreover, the abortion provider, the Texas-based Whole Women's Health Alliance, is the same group from Whole Women's Health v. Hellerstedt, the 2016 Supreme Court ruling that bucked health and safety standards in favor of abortion on-demand—not exactly a shining benefit to the neighborhood.