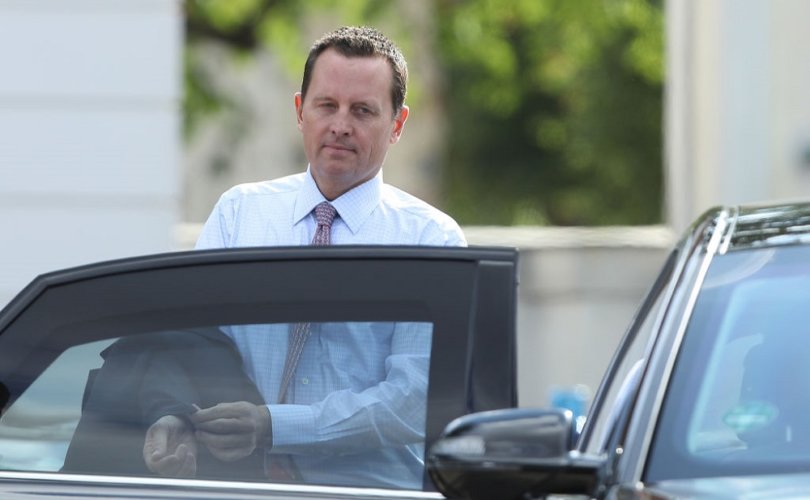 As Grenell moves into a much more powerful position, it raises hopes, or fears, that his LGBT advocacy goes with him. Those who have followed the issue believe it would be hard for Grenell to leave the issue behind. If so, the Trump administration could ramp up pressure on governments in the developing world that take a dim view of homosexuality.

There is evidence that when the Obama administration spent hundreds of millions of dollars on the promotion of LGBT rights globally and attached it to foreign aid, it backfired against those it was intended to protect.

In one instance, under the Obama administration, the U.S. cancelled joint military exercises with Uganda over that country’s law on homosexual behavior, even though Uganda was a regional ally in fighting terrorism.

The New York Times reported in 2015 that a 2014 Nigerian law punishing homosexual behavior “is widely regarded by both supporters and opponents of gay rights as a reaction to American pressure on Nigeria and other African nations to embrace gay-rights.” Chidi Odinkalu, chairman of Nigeria’s national human rights commission in the senior legal officer for the Africa program of George Soros’s Open society justice initiative told the New York Times the law “was blowback.” Odikalu said, “I’ve said to U.S. diplomats privately as well, the risk is causing more harm than good.”

In his recently published book, Love Falls on Us: A Story of American Ideas and African LGBT Lives, journalist Robbie Corey-Boulet profiles LGBT activists in Cameroon, Ivory Coast, and Liberia who are critical of U.S. intervention and accuse the United States of a colonial mindset and not allowing Africans “to discuss the issue on their own terms, but instead to respond to what Westerners are doing and saying.”

Under Barack Obama, the U.S. pressured foreign governments on much more than decriminalization of homosexuality, though this pressure was immense. The State Department under President Obama told governments they had to accept and implement nondiscrimination norms in housing and employment, something the U.S. does not impose on itself. This issue has been hotly debated and rejected in the United States Congress. Even so, the Trump administration has continued the Obama-era practice. One venue where the U.S. has brought pressure on other countries is at the UN Human Rights Council at the meeting where nations discuss other nations’ human rights records, known as the Universal Periodic Review.

With the next session that the U.S. attends just around the corner, it raises questions about whether the U.S. will ramp up its already aggressive LGBT foreign policy now that the administration’s chief architect, Richard Grenell, is headed to his new and powerful job.

Published with permission from C-Fam. To respectfully express your concerns, contact the president here.