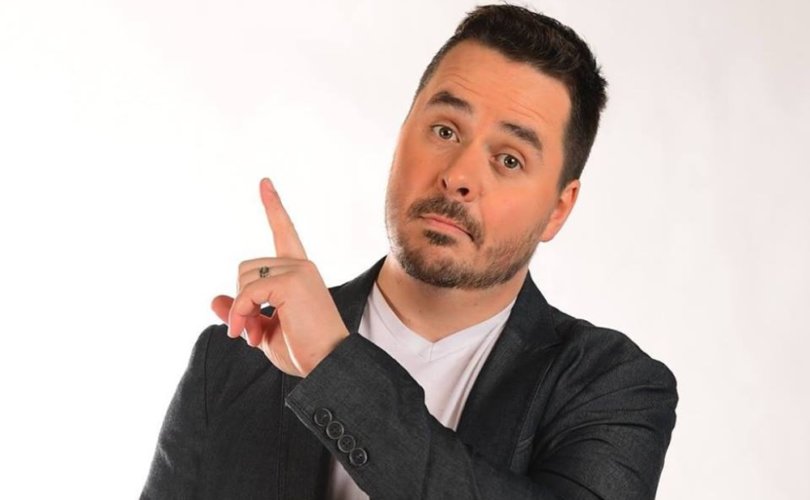 WINNIPEG, July 19, 2018 (LifeSiteNews) — Winnipeg morning radio personality Dave Wheeler is officially out of a job after politically-incorrect comments that sparked outrage among transgender and pro-LGBT listeners.

During a Monday discussion of the controversy over Scarlett Johansson’s brief attachment to a trans film role, the 92 CITI FM host said the “whole transgender community” was confusing because “there is nothing you can do to make them happy,” and suggested that an actor’s job of “pretend[ing] to be different things” was no different than what gender-confused individuals were doing themselves.

During a subsequent text exchange with a critic, Wheeler said he does “not hate anyone that is trans” and feels it’s anyone’s prerogative to change genders, but doubled down on the proposition that anyone “who has not made the full transition surgically” to be “just playing pretend to their genetic make-up.”

Transgender individuals took to the press and social media to excoriate Wheeler, groups like Pride Winnipeg and TransManitoba condemned his remarks, and a number of advertisers, such as The Canadian Museum for Human Rights, Santa Lucia Pizza, and The Gates on Roblin, threatened to pull their advertising from the station over the incident.

In response, the station’s parent company Rogers Media quickly suspended him, declaring that his “insensitive and hurtful remarks” did “not represent our standards and core values.” Now, his absence from the airwaves has been made permanent.

“There have been multiple disciplinary incidents, and in spite of numerous conversations, he has continued to offend our audiences. As a result, we have ended our relationship with him and he is no longer with the company, effective immediately,” Rogers senior director of communications Andrea Goldstein told the Winnipeg Sun on Wednesday.

She called his comments “deeply hurtful and damaging,” and stressed that “diversity and inclusion are paramount” at her company. The paper notes that those past incidents include a 2016 suspension over a pair of songs that stereotyped the Winnipeg neighbourhoods of Transcona and North End, which critics called racist and sexist.

Global News adds that Wheeler’s former co-host Rena Jae reiterated the company line that his “deeply hurtful comments” were “damaging,” “simply wrong, plain and simple,” and “not what we believe.”

However, at least one pro-LGBT activists suggested that firing him was a step too far.

Rainbow Resource Center president Cynthia Fortlage told the Sun she didn’t want to see Wheeler fired because that “would give him a reason to hate the community,” but instead wanted to “share an olive branch” with him for dialogue to “create a better partnership in the future. At the end of the day, we are human beings.”

Sex is rooted in an individual’s chromosomes and reflected in hundreds of genetic characteristics. While there are extremely rare cases of hermaphroditism, in which people are born with ambiguous genitalia or their apparent sex doesn’t match their chromosomes, the American Psychiatric Association defines gender dysphoria as a “conflict between a person's physical or assigned gender and the gender with which he/she/they identify,” and classifies it as as a mental disorder.

Most children displaying signs of gender confusion tend to outgrow it on their own, but a variety of studies warn that reinforcing their misconceptions can lead to a variety of emotional and mental health problems, including suicide and self-harm.