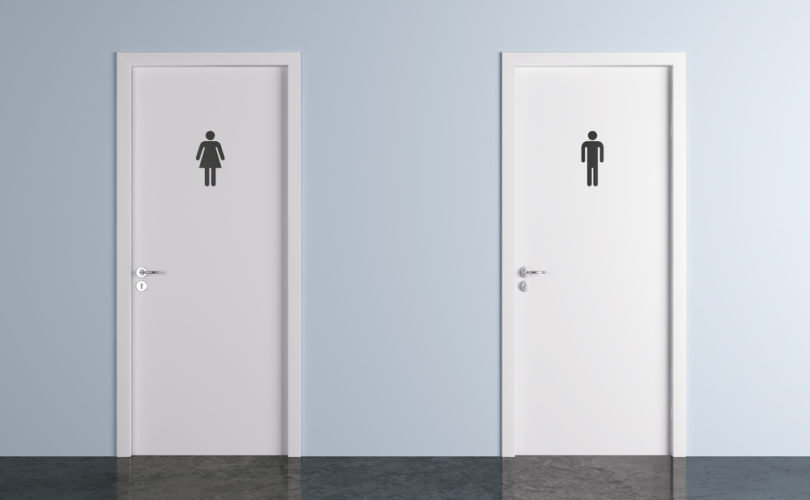 WINNIPEG, Manitoba, January 5, 2016 (LifeSiteNews) – Under pressure from the Manitoba Human Rights Commission, a Winnipeg school district has set down policies to accommodate transgender students that allow them to choose their gender, their washroom, and their school team, regardless of their parents' wishes or their real sex.

“A person's self-identification is the sole measure of their gender. It is not appropriate to question or challenge a student's gender identity or expression,” states the new policy of the River East Transcona School Division, Manitoba's second biggest.

The division was hauled before the MHRC in 2014 by Izzy and Dale Burgos on behalf of their son “Bella,” after the boy's principal told him to use a single-seat, gender-neutral washroom to avoid upsetting female classmates and their parents when sharing the girls' room.

Now the district has produced a policy virtually identical to that of the Ottawa-Carleton public board's, adhering faithfully to the basic dogma of gender-fluidity. Each student from Grade Seven up is free to choose which gender he or she will be treated as belonging to, regardless of biology, appearance, or preference of parents. “When the student has capacity of consent, parental/guardian consent is not required for students in grades 7 to 12,” states the policy.

Staff and students must fall into line under the threat of disciplinary action, allowing, for example, a male to use the girls' washroom or change room, play on the girls' sports teams, and share sleeping accommodation with girls on field trips and overnight, out-of-town games. Classmates must even use the trans students' pronouns of choice when making third-person references to them.

These, the policy suggests, could include “gender-neutral” pronouns such as Zhe / Ze / Zer / Zir. “The intentional or persistent refusal to respect a student's gender identity or expression may be considered a form of harassment,” the policy adds. But “this does not apply to inadvertent slips or honest mistakes.”

The policy, Gwen Landolt, the national vice president of REAL Women of Canada, told LifeSiteNews, “is shocking and a total disregard of parental rights.  It is the parents who know and care for the child more than anyone one else, and they should absolutely be involved in a matter that can have such tragic effects on their child's life.”

“No eleven-year-old child,” she added, “should be making a decision of such magnitude.  They have no understanding of the consequences of such a decision. Children need the love and guidance of parents above all during this pivotal time in their lives.”

Andre Schutten, legal counsel for the Association for Reformed Political Action, seconded Mrs. Landolt. “For a decision as controversial and impactful as 'changing genders' to be kept from parents is wrong,” he told LifeSiteNews. “If it is true that the River East Transcona School Division plans to hide information from parents about their child's gender identity issues, then the school board has clearly forgotten its place. The school merely assists parents in their role; they cannot usurp the parents' role.”

Identical policies generated last fall by the Ottawa Carleton board were devastatingly critiqued by Toronto psychiatrist John Berger, a fellow of the Royal College of Physicians and Surgeons of Ontario as well as a former assistant professor at the University of Toronto and the past president of the Ontario District Branch of the American Psychiatric Association.

Berger described Ottawa-Carleton's policy guideline as “one of the most biased and bigoted documents I have come across in a long time. In their efforts to be oh so accommodating to the possible feelings of a minute potential fraction of students, the writers of the document appear to be completely oblivious to the potential feelings of the probably 97% of other, 'normal' students.”

In terms of overnight school trips, the Winnipeg policy states, “Students have a right to be housed on school field trips in a manner that is safe, inclusive, affirming, and respectful. Students have the right to supports that meet their individual needs and their privacy, ensuring equal opportunity to participate.”

The policy never specifically addresses the needs, rights, or comfort of normal students (called “cisgendered” in the policy guidelines). But it does state generally that “students who request increased privacy will be offered accommodations that meet their needs.”

River East Transcona school division spokeperson Wanda McConnell told LifeSiteNews that this definitely applies to cisgendered students discomfited by trans class- or teammates. “Our policy gives cisgender students the option of using a gender neutral, single-stall washroom if they are uncomfortable sharing a washroom with a transgender student.”

The Burgos child was initially allowed to use washrooms of the opposite sex until a parent objected. “Bella” was then offered a neutral washroom, but his parents objected, and last year the Manitoba Human Rights Commission decided that this looked enough like discrimination to call a public hearing, still slated for later this year. Meanwhile, the Burgoses have moved to Nanaimo, British Columbia.