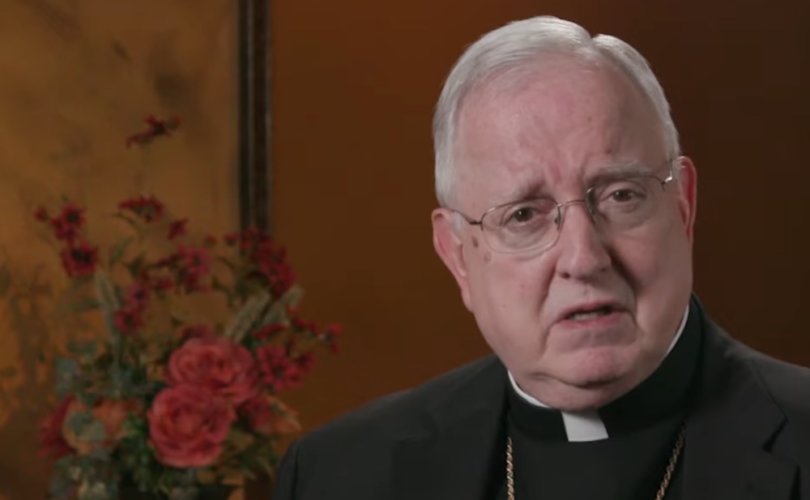 LA CROSSE, Wisconsin (LifeSiteNews) — Bishop William Callahan of La Crosse, Wisconsin, has strictly banned the Traditional Latin Mass at parish churches in his diocese, according to a Wisconsin priest.

Fr. Michael Klos, who pastors three parishes in the Diocese of La Crosse, wrote last month that he received a letter from Callahan announcing the new restrictions in accordance with Pope Francis’ motu proprio Traditionis Custodes.

“After months of discussions and a real feeling that we had made our case, things were turned on their head a little over a week ago,” said Fr. Klos, who regularly offered the Latin Mass at the Nativity of the Blessed Virgin Mary Parish on Saint Mary’s Ridge.

Callahan reportedly “struggled” with how to implement the motu proprio, which places severe limits on the traditional liturgy at parishes. Fr. Klos noted that bishops have varied in their interpretations of the controversial, widely criticized document but that Callahan “sadly … did not find the solutions of those who have left the practice in their dioceses ‘as is’ compelling.”

— Article continues below Petition —
PETITION: We won't give any money to liberal bishops who attack the Faith
Show Petition Text
11696 have signed the petition.
Let's get to 12500!
Thank you for signing this petition!
Add your signature:
Show Petition Text

READ: Vatican restrictions of the Latin Mass are ‘confused’ and ‘contradictory’: Cdl. Burke

“Thus, he has implemented the motu proprio strictly,” according to the priest, allowing the TLM only at three non-parochial locations in the diocese: the Shrine of Our Lady of Guadalupe in La Crosse, St. Mary’s Oratory in Wausau, and Cor Jesu Oratory in Boyd.

Fr. Klos added that Callahan “has left open the possibility that this permission could be extended to St. Mary’s Ridge again sometime in the future,” but only if Pope Francis loosens his current restrictions or “signals that a relaxation of the directives of Traditionis Custodes will be allowed.”

In the meantime, Fr. Klos said that he plans to offer Novus Ordo Masses in Latin facing ad orientem during the times when he previously celebrated the TLM.

LifeSiteNews reached out to the Diocese of La Crosse. This article will be updated with any response.