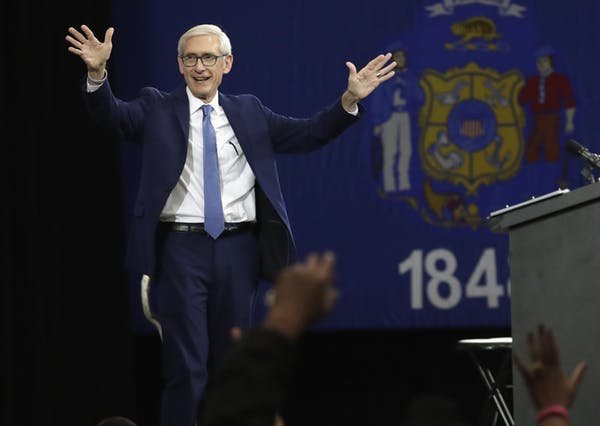 Starting July 1, birth certificates can be generated with “parent-parent” rather than “mother-father.” Birth forms will also begin to use the term “parent giving birth” instead of “mother,” the governor’s office said in a press release.

Birth certificates filled out before July 1 can be changed retroactively, the press release added, noting that state records have already adopted terms like “spouse-spouse.”

“This change reflects my and my administration’s commitment to gender-neutral terminology and to recognizing that Wisconsin families are diverse and should be valued and respected,” Gov. Evers said yesterday.

Evers, who is up for re-election next year, previously signed an executive order on June 1 directing state agencies to use gender-neutral language in all external communications. The order requires using gender-neutral pronouns and avoiding “any reference to gendered family relations,” according to the office of the governor.

Others orders issued by Gov. Evers this month include a ban on funding for practices deemed “conversion therapy,” as well as a proclamation mandating that the “pride” flag be flown at the Wisconsin statehouse during June. Evers has ordered the celebration of “pride” month at the state capital every year since taking office in 2019.

The Evers administration on Monday described its unilateral changes to birth forms as just the latest step to erasing all traces of motherhood and fatherhood from public documents. “Updating our birth certificate forms is one important step on the long road to adopting gender-neutral language in all of our external documents,” health secretary-designee Karen Timberlake said.

“The far-left liberals are at it again,” Wisconsin Rep. Gae Magnafici, R-Dresser, reacted on Monday. “Instead of acknowledging something as simple as a baby coming from a mom and dad, they deny science.”

Evers has repeatedly clashed with Wisconsin’s Republican legislature over lawmakers’ attempts to protect women and children from transgenderism. The governor vowed earlier this month to veto bills passed by Republicans that prohibit gender-confused males from competing in women’s and girls’ sports. He has said the bills are “based on some hypothetical stories,” ignoring female Wisconsin athletes who have testified in support of the legislation.

Evers also is known for his virulent pro-abortion record, having rejected bills that would provide care for babies who survive abortion and that would prohibit abortion sought due to disability.