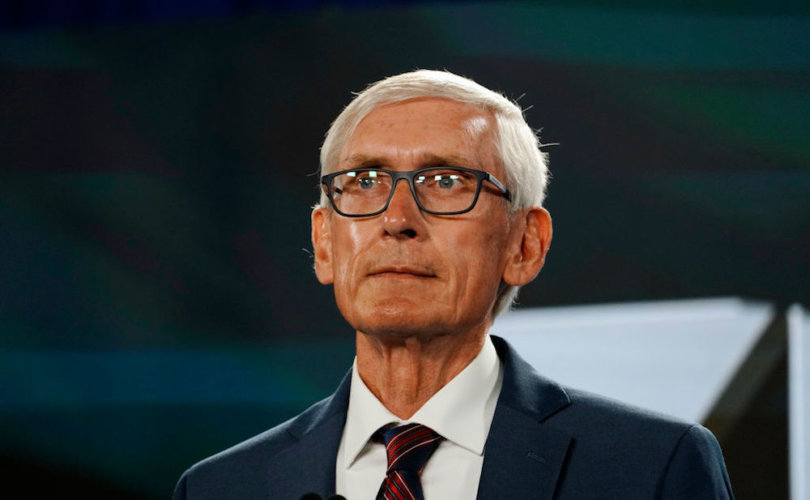 LA CROSSE, Wisconsin (LifeSiteNews) – The Democratic governor of Wisconsin promised on Saturday to give “clemency” to any abortionist in the state prosecuted for illegal abortions.

Governor Tony Evers made the remarks at the Democratic Party of Wisconsin convention, according to the Milwaukee Journal Sentinel. The state has a law from 1849 that makes abortions illegal, and the reversal of Roe v. Wade allows for that law to be enforced.

“The 1849 law says that anybody providing an abortion is subject to a felony, one to six years,” Evers said at the convention. “Did you ever think about the word clemency? I will provide clemency to any physician that is charged under that law.”

“I don’t think that a law that was written before the Civil War, or before women secured the right to vote, should be used to dictate these intimate decisions on reproductive health,” Evers said.

The state’s Democratic attorney general has also promised not to prosecute people under the law.

While my opponents are celebrating the loss of reproductive freedom in WI and the US, I know that won’t stop fighting for abortion rights. Abortion is important and necessary healthcare.

“We’ve got to mitigate the harm this ban will potentially cause in Wisconsin, if it is found to be in effect,” AG Josh Kaul told the Journal Sentinel. “And one of the ways we can do that is to have the Department of Justice not investigating or prosecuting anybody for alleged violations of that ban.”

Evers previously called for a special session to repeal the 1849 law, which Republicans rejected.

Planned Parenthood has shut down all abortions in the state.

Eric Toney, a Republican candidate for attorney general and Fond Du Lac District Attorney, promised to enforce the laws against abortion now and as the state’s top law enforcement officer.

“By refusing to enforce the law, Josh Kaul has failed the fundamental requirement of serving as attorney general,” Toney stated on Friday. “This is and always should have been a state issue. I am pro-life, proudly endorsed by Wisconsin Right to Life, and I will enforce and defend the laws as passed by the legislature and signed into law.”

Wisconsin Right to Life (WRTL) demanded Evers and Kaul enforce the state’s laws. The organization released a statement in direct response to comments made over the weekend by the pair of Democrats.

“To Governor Evers, Attorney General Kaul, and Wisconsin’s District Attorneys who will not enforce this law, we say: You are on the wrong side of history,” Heather Weininger, executive director of WRTL, stated on Monday. “It is your duty to all Wisconsinites to enforce the laws we have, including s.940.04.”

“If you are unable to do what you are elected to do, then it is time for you to find another job,” Weininger stated. “During this election season and in the 2023 legislative session, we are ready and willing to fight for these innocent lives by whatever means necessary, which includes replacing you with a new Governor and Attorney General.”

“Our next priority will be to find replacements for local district attorneys who are not willing to enforce the law,” the executive director stated.