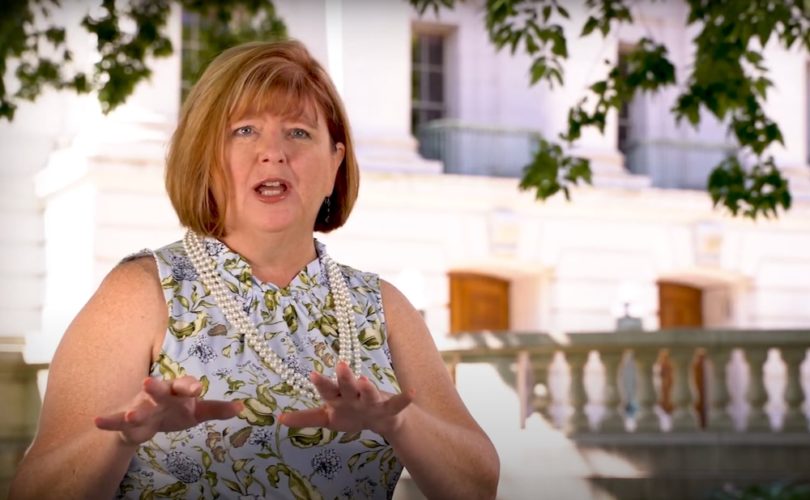 The women-led bills include Assembly Bill 196, which applies to public schools, and Assembly Bill 195, which relates to higher education institutions. The bills explicitly prohibit males from participating on sports teams for females and require that schools designate athletics based on biological sex rather than “gender identity.”

Students who suffer harm due to violations of the policies would be able to sue for damages, as would an institution “that suffers any direct or indirect harm” from an athletic association, like the NCAA, for complying with the measures.

“These bills are about fairness and inclusion, making room in competitive sports for everyone to feel comfortable,” Rep. Barbara Dittrich (R-Oconomowoc), lead sponsor of the bills, said. “This isn’t a hate bill,” Rep. Janel Brandtjen, (R-Menomonee Falls), added. “This is a science bill. Women’s sports will come to an end,” she said. “Women deserve to have an equal playing field, and that’s what this bill is about.”

Professional athletes testified in support of the legislation, the Milwaukee Journal Sentinel reported. Wisconsin mountain bike racer Leia Schneeberger noted that she was undefeated last year until being forced to compete against a man. “I lost to someone who had the advantage of being born naturally bigger and stronger,” she said. “I can't train myself to be a biological man. It’s the most demoralizing thing that has ever happened to me.”

Rep. Dittrich slammed the push to let males to play against women and girls, calling it an “injustice.” “Instead of pushing biological females off the podium, why don’t we get people the proper mental health care they need?” she asked. “And those who are pushing for biological males to participate in female sports, do they even care about the mental health of the actual biological females who are subjected to this injustice?”

Democrats unanimously opposed Assembly Bill 195 and Assembly Bill 196, and the Assembly “LGBTQ Caucus” announced a list of radical proposed changes to the state constitution prior to the floor session. The bills nevertheless passed 59-38, with broad Republican support, despite concerns about retaliation from the NCAA. They will now be considered by the Republican Senate, though neither measure is likely to be signed by Democrat governor Tony Evers.

Around a dozen states have passed bills this year banning gender-confused males from competing against women, amid reports of championship titles and competition opportunities taken from female athletes being taken by male competitors. In Louisiana, lawmakers approved a bipartisan bill prohibiting sports teams based on “gender identity” (as opposed to biological sex) with a veto-proof majority last month, sending it to Gov. John Bel Edwards (D), who does not support the move.

Texas senators also passed a similar bill earlier this year, though it was killed by Republican leaders in the lower chamber. Texas Lt. Gov. Dan Patrick has urged Gov. Greg Abbott to call a specia lsession this summer to address the bill.

Studies consistently demonstrate that biological males outperform women and girls, regardless of hormone drugs, and polling shows that the vast majority of Americans support sports teams adhering to biological realities.