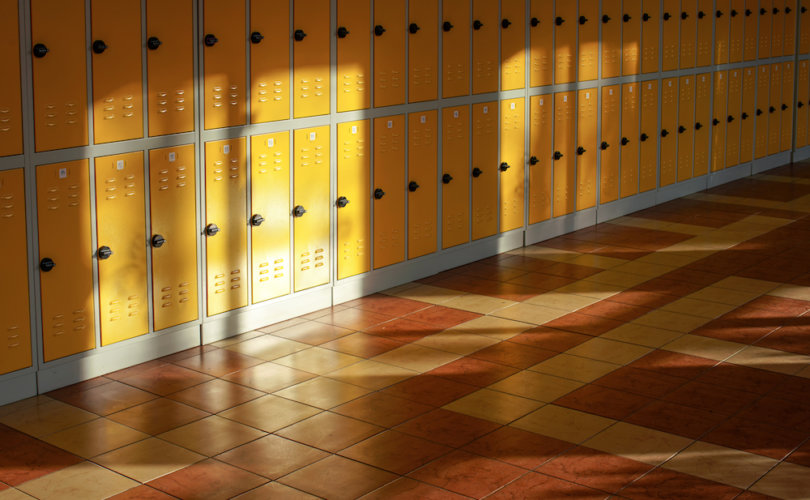 OSHKOSH, Wisconsin (LifeSiteNews) – A rural Wisconsin school district has instructed teachers to forego informing parents of their child’s decision to identify as the opposite sex while in school, violating constitutionally protected parental rights in the process.

The Oshkosh Area School District (OASD), which serves around 10,000 students, issued a letter to its staff October 19, informing of a change in its “Nondiscrimination Guidelines Related to Students Who Are Transgender and Students Who Are Nonconforming to Gender Role Stereotypes.”

Prior to the notice, employees were bound by an administrative guideline to seek parental consent “to use a student’s preferred name or gender pronouns if they differed from the student’s biological sex assigned at birth,” meaning teachers were obliged to make parents aware of any significant change in how their child perceives their nature.

Now, however, “[d]istrict staff members are no longer required to seek parental consent prior to honoring student requests to be called by their preferred name and/or pronouns,” OASD Director of Student Services Matthew Kaemmerer wrote. The letter was co-headed by OASD Superintendent Dr. Bryan Davis.

After broadcaster Dan O’Donnell of NewsTalk 1130 WISN leaked the information that parents would no longer be informed of their child’s decision to identify as “transgender” while in school, Kaemmerer sent an email to parents on October 22, outlining the change in administrative policy.

“This change only impacts how a student who is transgender or gender nonconforming is referred to (name and/or pronouns) during school and school activities,” the email says, advising that “[d]ocumentation of a legal name change is still required in order to change a student’s name in the school’s information database.”

While noting the existence of “varying perspectives related to gender identity,” the school district said it “is committed to fostering a safe, supportive and inclusive learning environment for all students” and insisted that its new policy helps “put students first.”

The justification offered to parents for the change in guidance was that the update reflects a response to “each student’s unique needs.”

“In making this change,” Kaemmerer wrote, “our goal is to empower students to advocate for themselves, while ensuring that our classrooms and schools are places where all students are able to be their true selves.”

Speaking to The Federalist, a parent in the district asked: “So, if my son starts identifying as a girl at school but hides it from me, I will never know about it?”

“This is outrageous,” he added.

The Federalist also noted that the Supreme Court has upheld the right of parents to have direct and final authority over their child’s education as constitutional in Troxel v. Granville, citing the Fourteenth Amendment’s Due Process Clause.

The ruling states that the Fourteenth Amendment “has a substantive component that provides heightened protection against government interference with certain fundamental rights and liberty interests, including parents’ fundamental right to make decisions concerning the care, custody, and control of their children.”

LifeSiteNews corresponded with Meg Kilgannon, Senior Fellow for Education Studies at the Family Research Council, who said that withholding crucial information from parents is “just one of the many problems with ‘affirming’ a child’s gender confusion at school.”

“Deliberately concealing this information from parents, when those same parents would be consulted over the administration of Tylenol or permission to go on a field trip, is beyond outrageous,” stated Kilgannon.

She added that the policy “represents the hubris that meets parents at the schoolhouse door,” saying that such actions by schools are the impetus behind the “sustained pushback” from parents at school board meeting nationwide.

“Initiating a social gender transition is not something school administrators are qualified to do, certainly not behind the backs of parents,” Kilgannon said, noting Senator Tom Cotton’s (R-AR) introduction of a bill in Congress to “require elementary schools and secondary schools that receive Federal funds to obtain parental consent before facilitating a child’s gender transition in any form, and for other purposes.”

Cotton commented that schools “should never be allowed to impose radical, harmful ideologies on children—especially without parents’ knowledge and consent … Schools must remain institutions of education, not indoctrination camps where minors are manipulated and brainwashed.”

Kilgannon added that Cotton’s bill “is very necessary relief for parents who need protection from school officials practicing experimental medicine and progressive politics on our children.”

LifeSiteNews reached out to OASD for comment on the matter but did not receive a reply in time for publication.

School boards across the country have faced fierce opposition regarding the implementation of “transgender” ideology in recent years.

In Virginia, the Loudoun County School Board voted to introduce a policy in August mandating that staff use the name and pronoun of every student according to the student’s wishes, regardless of their sex or previously given name.

The policy also includes a provision for “gender-neutral” pronouns to be honored and the use of locker rooms and bathrooms “that corresponds to their consistently asserted gender identity.”

“Inadvertent slips in the use of names or pronouns may occur; however, staff or students who intentionally and persistently refuse to respect a student’s gender identity by using the wrong name and gender pronoun are in violation of this policy,” the policy says.

Just last month, the same school board was thrown under intense scrutiny after its administration claimed to be ignorant of a rape occurring within one of its high schools by a boy who was wearing a skirt.

The Loudoun County Public Schools superintendent, Scott Ziegler, defended against accusations that a “transgender” student had ever been the perpetrator of such an attack, saying “To my knowledge, we don’t have any record of assaults occurring in our restrooms.”

The school moved the 15-year-old boy accused of rape to another school within the system. But just days before he was due to appear in court, the Loudoun County Sheriff’s Office released a press statement describing the arrest of a 15-year-old boy “charged with sexual battery and abduction of a fellow student at Broad Run High School.”

At his October 15 hearing, a judge ruled that the boy was guilty on two counts of “forcible sodomy” in the original bathroom assault case. Sentencing is expected later this month.