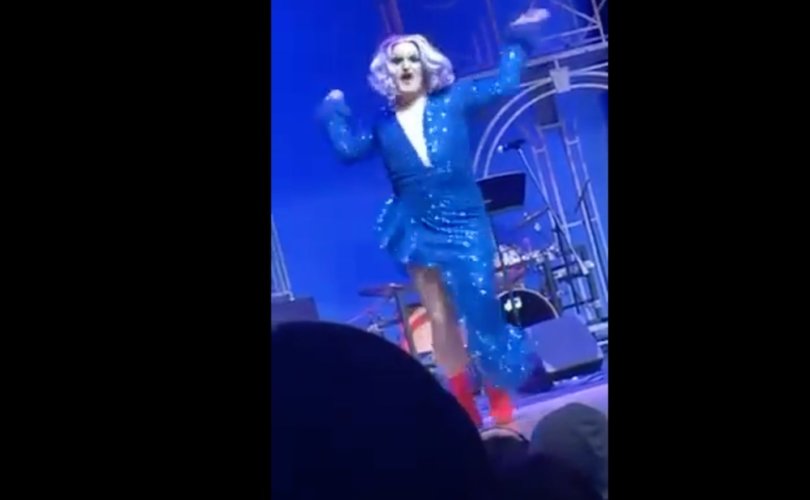 MADISON, Wisconsin (LifeSiteNews) — Students at a suburban Wisconsin high school were subjected to a surprise “drag queen” performance by one of their teachers during the school’s Fine Arts Week, according to a report from Wisconsin-based conservative organization Empower Wisconsin.

The performance, which occurred during school hours, was caught on video and promptly went viral on the internet.

Twitter account Libs of Tik Tok called the display “sickening,” suggesting teachers should focus “on teaching math, science, and history instead of drag.”

Students in an @mcpasd school were treated to a drag queen performance by a “drag teacher” during school hours. Imagine if they focused on teaching math, science, and history instead of drag. This is sickening. pic.twitter.com/TvyoQ8pW6r

According to Empower Wisconsin, the drag show has not been “sitting well with parents who believe public schools aren’t the place for drag queen cotillions.”

In an email addressed to conservative talk show host Vicki McKenna complaining about the performance, one Middleton-Cross Plains Area Schools parent said, “I send my children to school and entrust them to teachers that I have to believe are professionals who won’t destroy their innocence for their own pleasure.”

Shannon Valladolid, the district’s director of information and public relations, wrote in an email response to the conservative organization’s questions that the school’s annual Fine Arts Week “is full of performances that are enjoyed by students and staff alike.”

Valladolid said parent permission is not and has never been required to attend.

A district spokeswoman said that as of Tuesday morning, the school had received one parent complaint about the drag show.

“The school is reviewing protocols and processes going forward to make sure all perspectives are considered,” Valladolid said.