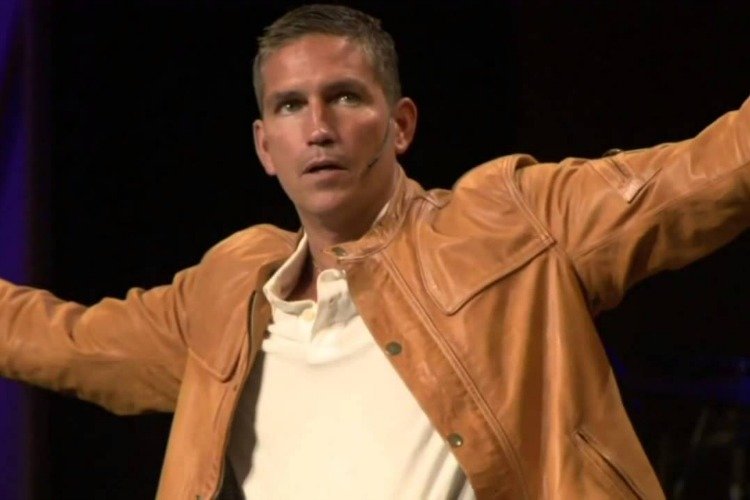 April 29, 2008 (LifeSiteNews.com) – Jim Caviezel, the star of the blockbuster film The Passion of the Christ, told an interviewer that he had been challenged by a friend who was not pro-life to live up to his professed pro-life convictions and adopt a disabled child. The friend told Caviezel that if he did that, then he would change to the pro-life position.

When Caviezel and his wife, Kerri, went to China to adopt not one, but eventually two orphans suffering from brain tumours, the friend reneged on the deal. Caviezel, however, said, “It didn’t matter to me because the joy that we had from (Bo) – he’s like our own.”

The couple’s first child, Bo, had been abandoned on a train, grew up in an orphanage until he was five and was diagnosed with a brain tumour. The Caviezels nursed Bo through his surgeries and he remains today at the centre of the family.

“We took the harder road,” the actor said. “That is what faith is to me; it’s action. It’s the Samaritan. It’s not the one who says he is; it’s the one who does – and does without bringing attention to himself. I’m saying this because I want to encourage other people.”

Handsome and a compelling actor, Jim Caviezel has taken leading roles in a number of mainstream feature films – The Thin Red Line and the Count of Monte Christo being the best known. But it is his role as the suffering Jesus in the Passion of the Christ that he has become best known for.

Caviezel spoke to an interviewer with the Christophers, a Christian leadership organization that runs the Christopher Closeup radio, television and internet features. He spoke of the impact of his faith on his career and of the effect on others that his playing the part of Christ has had.

About the adoption of his children, Caviezel was frank about his feelings, saying the challenge “completely terrified” him at first. “Yes, you do feel fear, you do feel scared but you have no idea the blessings that you have coming to you if you just take a chance on faith.”

When the Caviezels went to adopt their second child, they were first offered a healthy baby girl, but a five-year-old girl with a brain tumour from the Guangzhou region of China also needed a home. The Caviezels reasoned that a healthy baby would be more likely to be adopted by another family and that the child with the tumour had a greater need for a home.

Caviezel’s optimism and self-confidence showed early in his acting career, when many people in Hollywood told him to change his surname, “because no one will be able to pronounce it.” He responded, “Well, you’ve learned to say Schwarzenegger.” He was also told that as a devoutly believing Catholic he should be prepared to keep his beliefs quiet. But it was his openness about his faith that attracted the attention of Mel Gibson and led him to offer Caviezel the role of Christ.

Asked about the challenges of being a publicly Catholic figure in Hollywood, Caviezel responded, “It’s part of the cross you take up when you choose to believe in Him…we all have this desire to want to be liked…but what we should be asking God is the desire for humility.”

The strength of Christian faith, he said, is “in just giving it up and saying I’m going to be a servant of Jesus Christ, and my Father in heaven.”

“We were not awarded any Oscars for the Passion, but do you think that’s the important thing for God? Certainly if we received ten Oscars, it would not bring any more peace into the world.”

“When the world looks at us, in complete and utter dismay, and asks why would you choose to suffer like this? But in that, that’s where the great strength is when God starts to work,” he said.

Caviezel spoke of the people who approached him after the release of the film and told him about its effects on their lives. “Even people who never knew Christ, who were secularized, said, ‘Jim, I finally got what Christianity is,’ and that gave me great hope and great joy.”

As a serious actor, he said, being associated with the role of Christ has its burdens. “When I walk down the street, I can always see them mouthing. They don’t mouth my name, they don’t say ‘That’s Jim Caviezel’; they say, ‘That’s Jesus’. I can’t take my face off…I wear my face everywhere, and when people look, they go, ‘There’s Jesus’.”

But he joked, “I always tell them I’m still the Count of Monte Christo.”

Caviezel has provided the voice part, in English, for Christ in the audio dramatization of the New Testament, “The Word of Promise”, by Thomas Nelson publishers.