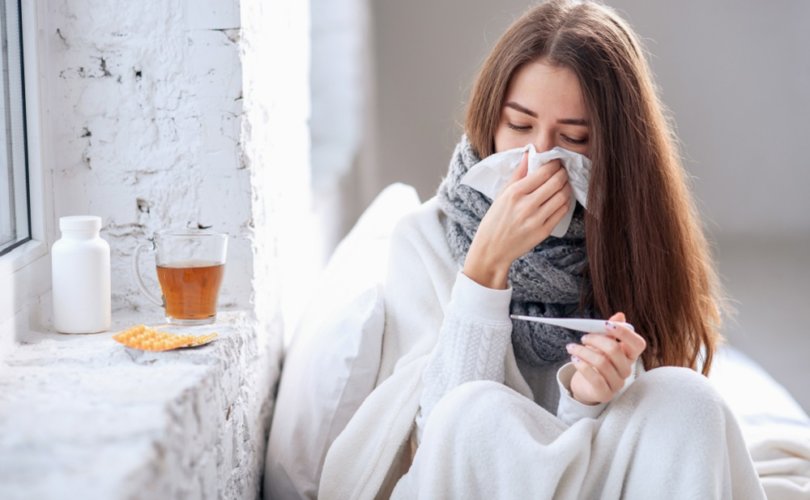 December 3, 2020 (LifeSiteNews) – According to the government of Canada, influenza rates for the fall flu season of 2020 are “exceptionally” low, which has one Canadian doctor speculating that COVID-19 overpowers the flu virus.

“We could speculate that a more virulent organism (SARS-CoV-2) will bump flu viruses off stage and this phenomenon has apparently been observed. To what degree, I do not know,” said Dr. Stephen Malthouse, a Canadian doctor with over 40 years of experience in family medicine, to LifeSiteNews.

— Article continues below Petition —
SIGN: Join petition calling for a stop to COVID vaccine testing in Europe
Show Petition Text
16568 have signed the petition.
Let's get to 17500!
Thank you for signing this petition!
Add your signature:
Show Petition Text

In October, Malthouse, who practices family medicine in British Columbia, made headlines for writing to his province’s top doctor to blast the government’s COVID-19 lockdown policy.

He also speculated to LifeSiteNews that to see “such a drop in flu numbers from flu shots,” which he says at the very most are 60% effective, “seems unlikely.”

Malthouse also theorized that the flu shot “might increase coronavirus and other respiratory infections” while “while dampening flu incidence.” He pointed to studies that suggest this is plausible.

A recent U.S. military study shows that those who got the flu vaccine were 36 percent more likely to test positive for pre-SARS CoV2-type coronaviruses.

A 2018 three-year Centers for Disease Control (CDC) study that focused mostly on children found that there was an increase “in the hazard” of acute respiratory illness (ARI) in kids who had the flu shot compared to those that did not.

“Among children there was an increase in the hazard of ARI caused by non-influenza respiratory pathogens post-influenza vaccination compared to unvaccinated children during the same period. Potential mechanisms for this association warrant further investigation,” reads the study.

Overall, this study found that there was a 65-percent increase in the risk of non-flu ARIs in a timeframe of 14 days after receiving the flu vaccine.

To date, there are only 17 confirmed cases in total of the flu in Canada. The federal government says a total of 12,285 participants reported to the weekly FluWatch surveillance network from the period of November 15 to 21, noting that only four lab-confirmed cases of the flu were reported in that time.

The FluWatch surveillance is run by the public health arm of the Canadian federal government.

During the same week in 2019, a total of 298 laboratory-confirmed cases were confirmed across Canada.

“All indicators of influenza activity remain exceptionally low for this time of year, despite continued monitoring for influenza across Canada,” reads the FluWatch surveillance site.

“Influenza surveillance indicators may be influenced by the COVID-19 pandemic, including changes in healthcare-seeking behaviour, impacts of public health measures and influenza testing practices. Current data should be interpreted with consideration to this context.”

In October, Donald Trump, Jr. caused a stir when he retweeted a Daily Mail report that went over a sharp drop in influenza-related deaths across the world this year compared to last.

“We went from 75,000 flu deaths last year in America to almost 0,” he wrote. “Does anyone actually believe that? Or do you think there may be allocation games being played to manipulate the truth?”

The Mail report cites a virus expert, Professor James Stewart from the University of Liverpool, who theorizes that people’s “[i]mmune system cells come in and help destroy the first infection, and if another virus comes along that same response will fight it off.”

Malthouse also told LifeSiteNews that to his knowledge, masks have not been “shown to reduce influenza or influenza-like illnesses.”

“Certainly, the types worn by the public and the way they are worn, handled and reused would make this almost an impossibility,” he told LifeSiteNews.

Malthouse also touched on PCR tests, used to diagnose COVID-19, which have come into question as not being reliable.

He told LifeSiteNews that they are an “inaccurate” means of “diagnosing virus agents of infection” at this point, since no one knows for sure what COVID-19 is or “is not.”

“Since the PCR test is completely inaccurate as a means of diagnosing virus agents of infection, we really do not know what is COVID-19 and what is not. There is a great overlap of symptom patterns with Covid and flu and influenza-like illnesses (parainfluenza viruses),” Malthouse told LifeSiteNews.

“We have seen some peculiar symptoms, like early ground glass appearance of the lungs on CT, but since we are really looking much harder than was ever done with flu, even these seemingly pathognomonic findings might not be specific to Covid.”

In Canada, public health officials in every province and territory have made it a high priority to urge people to get the flu shot. As a result, there has been an increase in demand for the vaccine, which has caused shortages.

In November, the province of Nova Scotia recalled certain flu vaccines after three adverse reactions were reported. Health Canada later said the flu vaccines are safe to use, however, after conducting tests on them.